LONDON (Reuters) – Sales at British retailers rose at their slowest average pace on record over the past year as worries about Brexit weighed on consumers, a survey showed on Tuesday.

Average sales growth weakened to 0.6% in the 12 months to June, the British Retail Consortium, an industry group, said, the slowest increase since it began its records in 1995.

Retailers also had their biggest annual fall for June on record – down 1.3% – as the Brexit concerns mounted and the spending boost from a heatwave and the men’s soccer World Cup in June 2018 affected the comparison, the BRC said.

“The continued risk of a no-deal Brexit is harming consumer confidence and forcing retailers to spend hundreds of millions of pounds putting in place mitigations,” she added.

Last week, surveys of British companies suggested the economy shrank between April and June and Bank of England Governor Mark Carney warned of growing risks from a no-deal Brexit and global trade tensions.

In ‘like-for-like’ terms, which smooth out changes in the amount of retail space, sales fell by 1.6% in June and the 12-month average declined by 0.1%, the weakest reading in more than seven years.

Low unemployment has put more money into people’s pockets which has lifted consumer spending. This in turn has helped the economy at a time of falling investment by many companies since the Brexit vote.

But the BRC’s survey echoed two other weak gauges of consumer spending in June by the CBI and accountants BDO.

Uncertainty about Brexit has been aggravated by the ongoing Conservative Party leadership election. Many investors worry about the economic risks of a no-deal Brexit, which neither candidates has ruled out.

Over the last two weeks several British retailers have highlighted a tough environment.

“Pressure on retailers continues to mount and is seemingly coming from all angles: economic, geo-political, environmental and behavioural,” said Paul Martin, head of UK retail at KPMG, which produces the survey with BRC. “Consumer spending is only likely to fall further as things stand, and cost efficiency remains vital.”

Mon Jul 8 , 2019
Asia Pacific stocks rose in early trade on Tuesday, while U.S markets fell on Wall Street overnight with losses in tech shares. In Japan, the Nikkei 225 added 0.55%, while Australia’s ASX 200 was near flat. The Kospi in South Korea rose 0.47%.  Asia-Pacific Market Indexes Chart Investors are keeping an eye on testimony from Federal […] 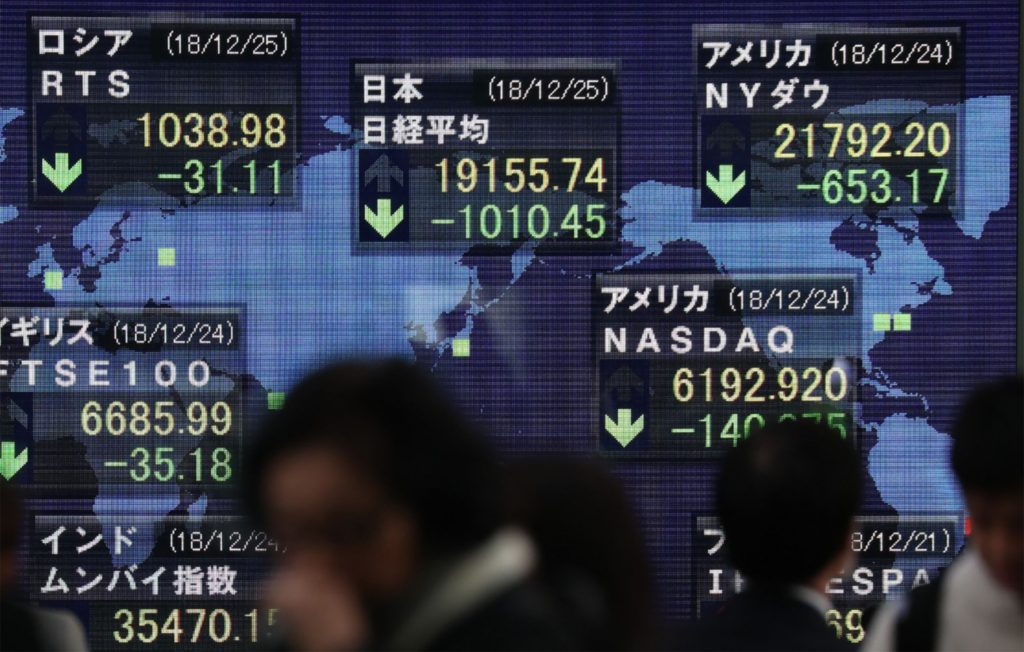