LONDON (Reuters) – Britain’s defence ministry will take back direct control of the operation and development of the country’s nuclear weapons from a consortium of Lockheed Martin <LMT.N>, Serco <SRP.L> and Jacobs Engineering <J.N> in June 2021, it said on Monday.

Operation of the Atomic Weapons Establishment, which maintains the warheads for the Trident submarine-based nuclear deterrent, was awarded to the AWE Management consortium in 1999 under a 25-year contract.

Lockheed Martin owns 51% and Serco and Jacobs Engineering own 24.5% each of the consortium.

The government said ending the commercial arrangement early would improve its agility in managing the UK’s nuclear deterrent and deliver value for money to the taxpayer.

Serco said it was told about the termination of the contract late on Friday. Shares in Serco fell 13% in early deals.

Based in Aldermaston in southern England, AWE is also required to retain the capability to design a new weapon, should it ever be required.

The company said AWE was expected to contribute about 17 million pounds ($22 million) to both its underlying trading profit and pretax profit in 2020.

It said, however, assuming a smooth handover of the contract next year, it expected profit in 2021 to remain broadly in line with current consensus and at similar levels to our expectations for 2020.

Sky News, which first reported the news, said it was not clear if the companies would receive compensation for the termination of the 25-year contract.

Analysts at Jefferies said they expected some compensation was likely as the consortium was now meeting its targets after a period of underperformance about five years ago.

Mon Nov 2 , 2020
Although Democrats are in little danger of losing their majority in the House, there are several close elections in critical districts which could indicate which way the presidential race will swing. Here’s a rundown of some key House districts that may flip in this election: Democratic incumbents: California’s 21st Congressional […] 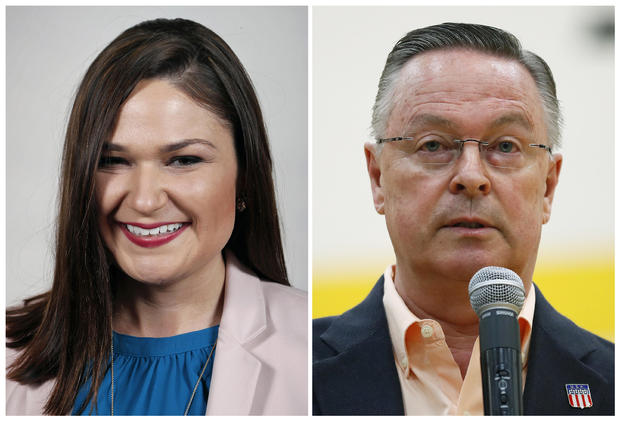