The European Union and United Kingdom have reached a post-Brexit free trade deal, officials announced Thursday – just days before the U.K. is scheduled to finalize its departure from the bloc at the end of the year.

“So we have finally found an agreement. It was a long and winding road but we have got a good deal to show for it,” E.U. Commission President Ursula von der Leyen said at a press conference.

U.K. Prime Minister Boris Johnson was expected to speak moments later, but tweeted “The deal is done” as his E.U. counterpart was speaking.

The agreement now goes to the 27 E.U. nations seeking unanimous approval, as well as the blessing of the E.U. and British parliaments. The deal had appeared doomed just weeks ago, with issues such as E.U. fishing rights in U.K. waters proving to be a sticking point, and Johnson warning Brits that they should prepare for no deal.

Reuters reported this week that E.U. negotiators were prepared to cut the value of its fish catch in British waters by about 25%, but Britain wanted a 30-35% reduction. Meanwhile, the U.K. wants to limit E.U. access over three years, while the E.U. wants a six-year timeframe.

But after resolving the remaining fair-competition and almost all fisheries issues on Wednesday, negotiators combed through hundreds of pages of legal text that should become the blueprint for a post-Brexit relationship.

The details are likely to be scrutinized and widely debated ahead of its ratification in London and from European nations. It will remain to be seen if key Eurosceptics in Johnson’s Conservative Party will accept it.

But Nigel Farage, one of the architects of the original Brexit referendum, declared victory ahead of the announcement – even as he expressed possible reservations about the details of the accord.

Despite the breakthrough, key aspects of the future relationship between the 27-nation bloc and its former member remain uncertain. But it leaves the mutually dependent but often fractious U.K.-E.U. relationship on a much more solid footing than a disruptive no-deal split.

ON THE CUSP OF BREXIT TRADE DEAL, EU AND UK HASH OUT FINAL DETAILS

Johnson will now claim to have delivered on the promise that won him a resounding election victory a year ago: “Get Brexit Done.”

Even with a deal, trade between Britain and the E.U. will face customs checks and some other barriers on Jan. 1, when the U.K. leaves the bloc’s single market and customs union. A trade deal would avert the imposition of tariffs and duties that could cost both sides billions in trade and hundreds of thousands of jobs. Britain withdrew from the E.U. on Jan. 31, and an economic transition period expires on Dec. 31.

Over the past few days, Johnson and von der Leyen have been drawn more and more into the talks, speaking by phone in a bid to unblock negotiations that have dragged on for months, hampered by the coronavirus pandemic and by the two sides’ opposing views of what Brexit entails.

Rumors of a pre-Christmas trade deal surfaced in recent days based on progress on the main outstanding issues: fishing, fair competition and resolution of future disputes.

Businesses on both sides are clamoring for a deal that would save tens of billions in costs.

While both sides would suffer economically from a failure to secure a trade deal, most economists think Britain would take a greater hit, because it is smaller and more reliant on trade with the E.U. than the other way around.

Thu Dec 24 , 2020
House Republicans on Thursday blocked a bill by Democrats to provide direct checks of $2,000 to individuals on Thursday, after President Trump called on Congress to amend a newly passed coronavirus relief bill to increase direct payments to $2,000, with $4,000 for a couple. House Republicans blocked the proposal, which […] 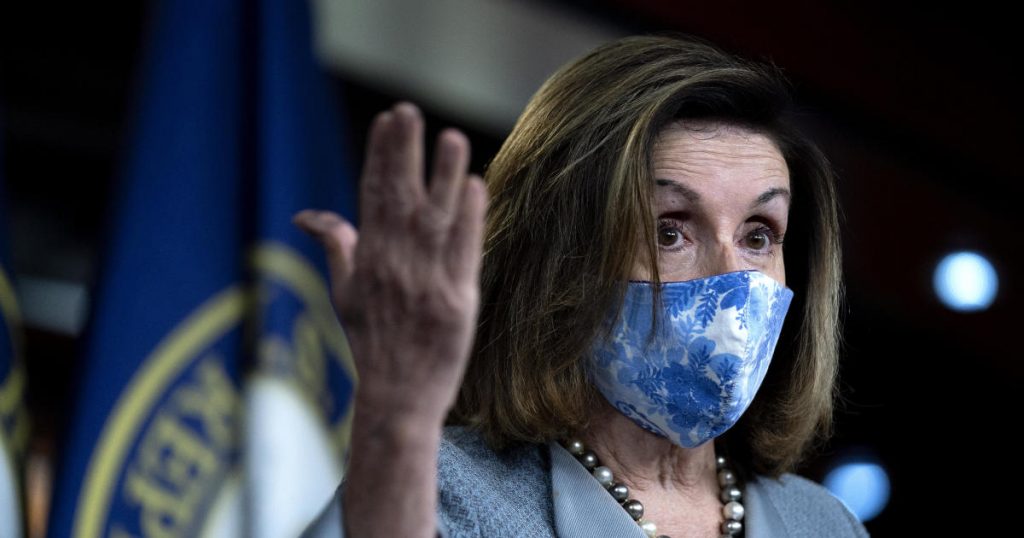