LONDON (Reuters) – British consumer spending grew over the three months to August at the fastest pace since January, chiming with other signs the economy has picked up some steam in mid-2018, a survey from payments firm Visa showed on Monday.

Inflation-adjusted consumer spending between June and August was 0.3 percent higher than in the three months before, up from growth of 0.2 percent in the May-July period, Visa said, based on its credit and debit card usage data.

Visa’s report follows official figures last week that showed Britain’s economy grew at its fastest in nearly a year in the three months to July thanks to strong consumer spending, lifted by the World Cup and unusually warm weather.

Compared with a year ago, Visa’s measure of consumer spending stood 0.4 percent higher in August, following a 0.9 percent annual drop in July.

Still, the outlook remains clouded by uncertainty about the terms of Britain’s exit from the European Union — due in just over six months — as well as rising protectionism that could cause world trade to slow.

For those reasons the British Chambers of Commerce (BCC) on Monday chopped its economic growth forecast for Britain in 2018 to 1.1 percent from its previous prediction of 1.3 percent, which had been in line with the current Reuters poll consensus of economists. [ECILT/GB]

If growth is as weak as the BCC expects, it would be Britain’s worst annual performance since the 2008-09 recession caused by the global financial crisis.

“The changes to our forecast indicate that the UK economy is in for a testing period, with persistent uncertainty and the possibility of a disorderly EU exit increasingly weighing on the UK’s growth prospects,” BCC economist Suren Thiru said.

Blackstone billionaire: I don't see an economic downturn anywhere on the horizon

Sun Sep 16 , 2018
There’s nothing on the horizon that’s indicating the next financial crisis is going to happen anytime soon, according to Tony James, executive vice chairman at the Blackstone Group. Roughly a decade after the last financial crisis roared across the global, the situation is “definitely safer” because banks are more sturdy, […] 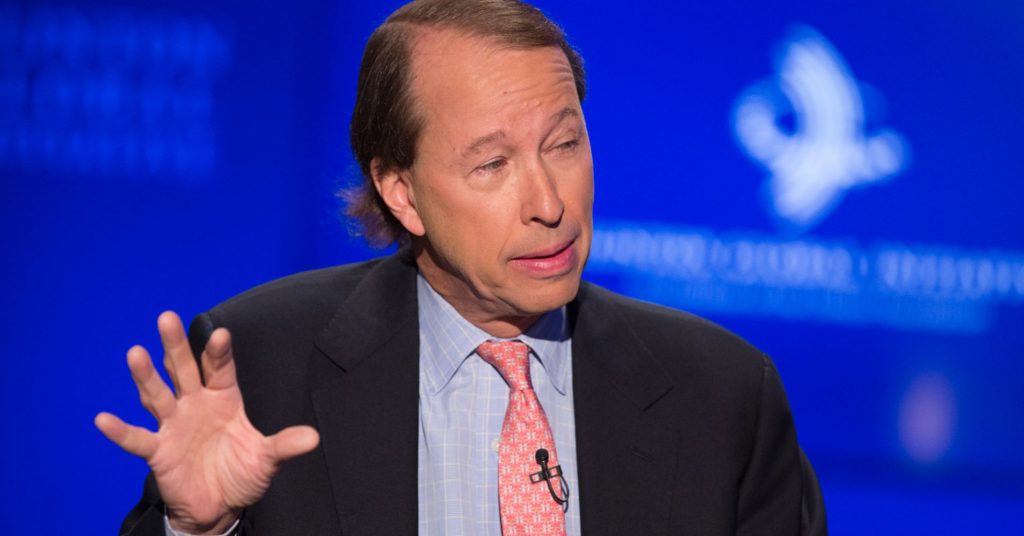