Uber Chief Executive Dara Khosrowshahi has threatened to withdraw from a high-profile investment conference in Saudi Arabia over the disappearance of a journalist.

Khosrowshahi said in an official statement to CNBC Friday he would not be attending the Future Investment Initiative (FII) conference in Riyadh, an event which has often been dubbed “Davos in the Desert” in reference to the World Economic Forum’s annual meeting in Davos, Switzerland.

The Uber chief follows a growing a list of business executives distancing themselves from the country as it faces increased scrutiny after Jamal Khashoggi, a Washington Post columnist and critic of the Saudi Regime, was reported to have entered the Saudi consulate in Istanbul, Turkey, only to not be seen again afterwards.

Fears of Khashoggi’s disappearance have also intensified amid reports that he was also killed by Saudi agents in the consulate. A report by the Washington Post on Thursday said that Turkey had notified the U.S. that it holds audio and video evidence of Khashoggi being killed inside the consulate. Saudi Arabia has denied involvement in his disappearance.

“I’m very troubled by the reports to date about Jamal Khashoggi,” Khosrowshahi said in an emailed statement to CNBC on Friday. “We are following the situation closely, and unless a substantially different set of fact emerges, I won’t be attending the FII conference in Riyadh.”

The company has been redefining its image under the tenure of Khosrowshahi, who took over the reins from embattled former CEO Travis Kalanick last year.

Uber’s new boss has not had an easy task, navigating the company through a battle to secure its license to operate in London, a fatal crash involving one of its autonomous cars in Arizona, and an intense legal battle with Google’s self-driving car unit Waymo.

It is also hoping to launch an initial public offering (IPO) in 2019. Khosrowshahi said last month the company was “on track” to go public next year.

Fri Oct 12 , 2018
article It was the final minute of a preseason game between Philadelphia and Dallas, the 76ers were up by four points with the ball, and thousands of fans were screaming “defense” at the top of their lungs. Continue Reading Below A common scene, with an uncommon detail: The game was […] 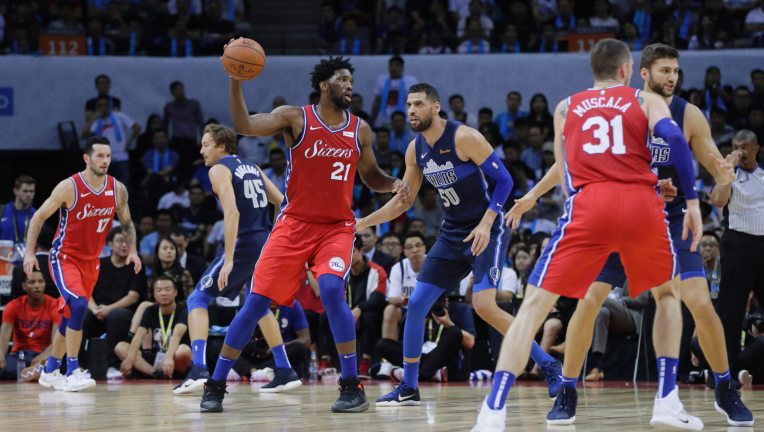