DETROIT (AP) — The UAW announced Monday it reached a tentative contract agreement for its workers at General Dynamics.

The union, which represents UAW members at manufacturing plants in Ohio, Pennsylvania and Michigan, did not disclose details of the agreement Monday. The union said it must first brief its members on those details.

“The bargaining committees at General Dynamics have worked hard to reach a fair agreement for our members that protects job security, wages and benefits,” said UAW Secretary-Treasurer Ray Curry, director of the UAW General Dynamics Department.

FIRST LOOK AT DEAL THAT COULD GET NEARLY 50,000 GM EMPLOYEES BACK TO WORK
UAW BOARD APPROVES PAY INCREASE FOR STRIKING WORKERS

UAW also came to a tentative contract agreement last week with General Motors. Workers there had been on strike for more than a month. That agreement will be used as a template for workers at Ford and Fiat Chrysler.

The deal struck with General Dynamics Corp. is completely separate from talks in the auto industry.

Mon Oct 21 , 2019
Adriane Hall, a United Auto Workers member of 12 years, screams as vehicles drive by honking in support of autoworkers in Flint, Mich. on Sept. 16th, 2019. The Flint Assembly employees are among the roughly 48,000 General Motors workers who have been on strike and picketing since Monday. Michael Wayland […] 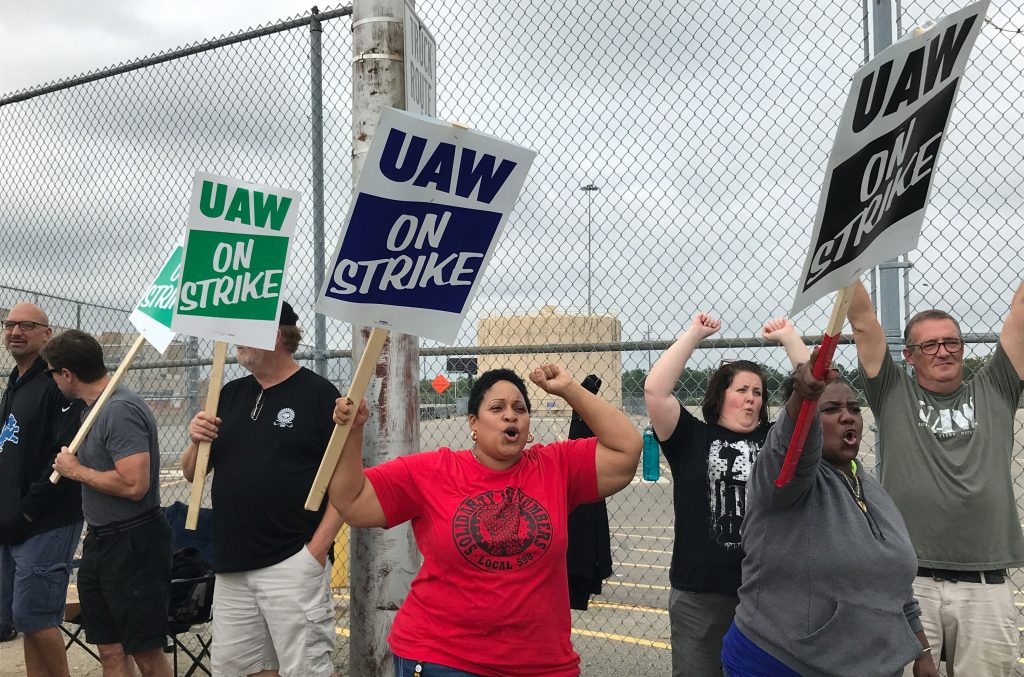