Initial filings for unemployment insurance unexpectedly rose last week, a possible hint that the rapid job growth seen the first half of 2021 could face hurdles in the months ahead, the Labor Department reported Thursday.

The level of continuing claims, the measure of ongoing benefits, decreased to 3.34 million, down 145,000 from the previous week’s revised level.

“While the pace of firings is still above the 200k range we saw pre Covid, it actually is only slightly above the average seen in the expansion in the mid [2000s] where from ’03-’08 it averaged 335k,” wrote Peter Boockvar, chief investment officer at Bleakley Advisory Group.

“Continuing claims continue to fall as about half the states have gotten rid of expanded benefits and there is clearly a large amount of job openings for the taking with companies utilizing more enticements such as hiring bonuses to bring people back,” he added.

The jobless claims report came less than a week after the government published its much-anticipated June 2021 jobs report, the latest iteration in its monthly updates on the broader U.S. labor market.

Though that report showed nonfarm employers added a better-than-expected 850,000 last month, it also revealed that the U.S. unemployment rate ticked higher to 5.9% compared with the 5.6% estimate.

Federal enhanced benefit programs expire in September, and many states already have halted their own programs as Covid-19 vaccines are distributed and businesses resume normal activity. However, there are still more than 10 million Americans enrolled in pandemic-related programs.

The total of those receiving benefits through all programs fell by 449,642 to 14.2 million, according to data that runs two weeks behind. 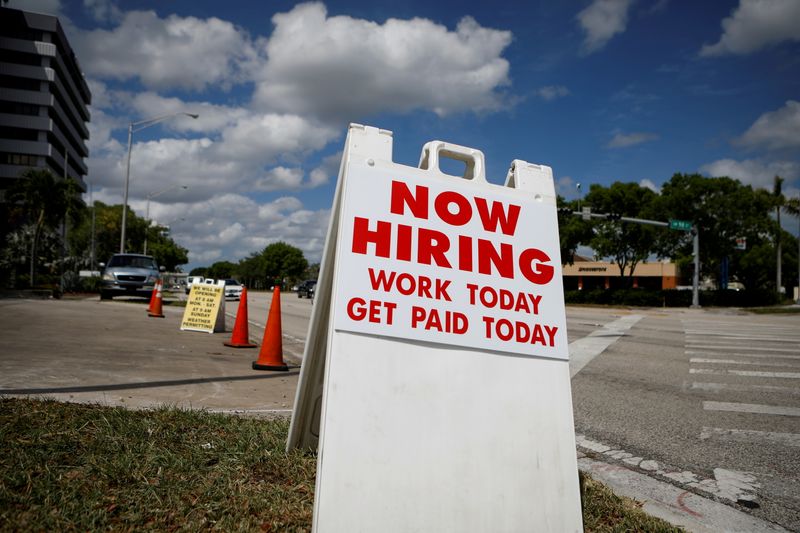