The U.S. military said Thursday it had a video showing Iran’s Revolutionary Guard removing an unexploded limpet mine from one of the two oil tankers targeted in the Strait of Hormuz. The black-and-white footage, as well as still photographs released by the U.S. military’s Central Command, appeared to show the limpet mine on the Kokuka Courageous.

Secretary of State Mike Pompeo said U.S.  intelligence pointed to Iran as being responsible for the attacks. Iran has denied being involved in the attack.

“This assessment is based on intelligence, the weapons used, the level of expertise needed to execute the operation, recent similar Iranian attacks on shipping and the fact that no proxy group operating in the area has the resources and proficiency to act with such a high degree of sophistication,” Pompeo said.

Pompeo said U.S. Ambassador to the United Nations Jonathan Cohen would raise the issue at a hastily called meeting of the Security Council on Thursday. The U.S. mission to the U.N. requested the Security Council hold closed-door consultations Thursday on the situation in the Middle East.

Thursday’s attack near the vital shipping channel of the Strait of Hormuz was “only the latest in a series of attacks started by Iran and its surrogates against American and allied interests” aimed at “escalating tension,” Pompeo said. “On April 22nd, Iran promised the world it would interrupt the flow of oil through the Strait of Hormuz. It is now working to execute on that promise.”

He said the U.S. would defend its forces and interests in the region but gave no specifics about any plans for retaliation, and he took no questions.

A U.S. defense official earlier dismissed an Iranian claim to have rescued the crews of both vessels in the Gulf of Oman as “patently false.” He said the USS Bainbridge picked up 21 crew members. Iran claimed it dispatched search teams that rescued 44 sailors from the two vessels.

A U.S. defense official told CBS News that the U.S. has video of a small boat coming alongside one of the tankers that was attacked and removing an unexploded “limpet” mine — a type of explosive that can be stuck manually to the side of a vessel. It is the same type of weapon U.S. officials say Iran used to attack four oil tankers off the nearby Emirati port of Fujairah last month.

A U.S. official said earlier that American authorities expected to recover sufficient debris from the Thursday attacks to trace them back to their source. The official said any retaliation from the U.S. would depend on the evidence found linking the attacks to Iran, and on the attitudes of other Gulf countries. After the four tankers were attacked last month, key U.S. ally and Iranian arch-rival Saudi Arabia had no appetite for retaliation. That may now have changed, the official told CBS News.

The attacks come amid heightened tension between Washington and Tehran, and the timing was sensitive; it came as the Japanese leader was visiting Iran to try and rekindle diplomacy to ease the standoff. Japan’s Trade Ministry said the two vessels struck on Thursday were carrying “Japan-related cargo.”

On Wednesday, after talks with Iranian President Hassan Rouhani, Abe had warned that an “accidental conflict” could be sparked amid the heightened U.S.-Iran tensions, which he said must be avoided. His message came just hours after Yemen’s Iranian-backed Houthi rebels attacked a Saudi airport, striking the arrivals hall before dawn and wounding 26 people Wednesday.

Tensions have escalated in the Mideast as Iran appears poised to break the 2015 nuclear deal with world powers, an accord the Trump administration first unilaterally backed out of last year.

Khamenei, meanwhile, reiterated his regime’s long-standing insistence that it does not seek to obtain nuclear weapons, but he added that “America could not do anything” to stop Iran if it did

Benchmark Brent crude spiked at one point by as much 4% in trading after the reported attack to over $62 a barrel, highlighting how crucial the Strait of Hormuz is to global energy supplies. A third of all oil traded by sea passes through the strait, which is the narrow mouth of the Persian Gulf.

Cmdr. Joshua Frey, a spokesman for the U.S. Navy’s 5th Fleet, said American military ships assisted the two vessels. He did not say at that time how the ships were attacked or who was suspected of being behind the assault.

The Norwegian shipping firm Frontline confirmed Thursday that one of its tankers, the Front Altair, was in flames after an incident in the Gulf of Oman, according to Reuters. It cited the Norwegian newspaper VG, which quoted a company spokesman. The spokesman said all 23 crew members were taken onto a nearby vessel.

A U.S. Defense official told CBS News it may not be possible to save the Front Altair which is in danger of sinking.  As for the Kokuka Courageous the chief concern is to prevent it from drifting into Iranian territorial waters.

Reuters also quoted a senior official of Taiwanese state oil refiner CPC Corp as saying the Front Altair, a tanker chartered by CPC to carry fuel from the Middle East, was apparently hit by a torpedo.

Front Altair had been loaded at a port in the Gulf with naptha, a petroleum product, and was on its way to the Far East.

Separately, a spokesman for BSM Ship Management told Reuters that one of the vessels it manages, the Kokuka Courageous, was damaged in “a security incident” in the Gulf of Oman on Thursday. He said all 21 crew members abandoned ship and were quickly rescued, adding that the incident damaged the ship’s starboard hull.

“The Kokuka Courageous remains in the area and is not in any danger of sinking. The cargo of methanol is intact,” Reuters quoted the spokesman as saying.

Reuters reported that a shipping broker said there was an explosion “suspected from an outside attack” on the Kokuka Courageous – and it may have involved a magnetic mine. Japanese shipping firm Kokuka Sangyo, the vessel’s owner, said it was struck twice in three hours, Reuters added.

The United Kingdom Maritime Trade Operations, a maritime safety group run by the British navy, first put out the alert early Thursday, giving coordinates for the incident some 25 miles off the Iranian coastline.

David Martin contributed to this report.

A Californian business is using A.I. to change the way we think about energy storage

Fri Jun 14 , 2019
While sources such as solar and wind may be good for the planet, they do not promise a constant and predictable stream of power in the way that fossil fuels do. Given this fact, if renewables are to become a crucial part of the planet’s energy mix, they will need […] 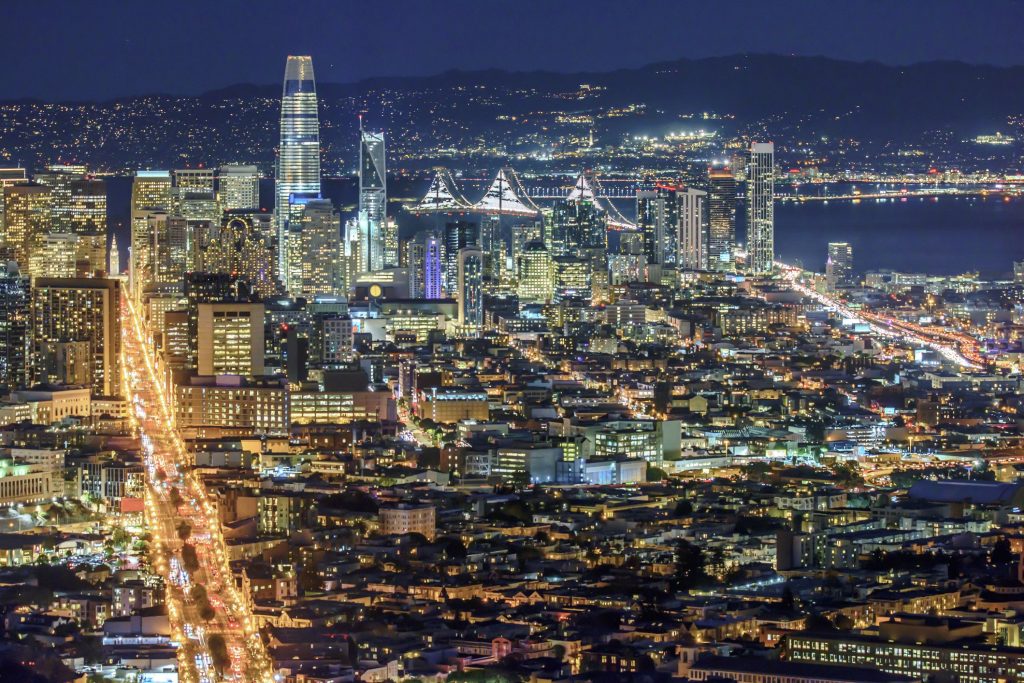