More than half a million people in the United States have now died from COVID-19, according to data from Johns Hopkins University — a devastating milestone one year into the pandemic, which has upended so many aspects of life across the country and around the world. The milestone comes as vaccination efforts roll out nationwide but new variants continue to emerge, creating uncertainty about the future.

It has been 13 months since the U.S. confirmed its first case of the virus, but the death toll has only intensified in recent months. More than 138,000 people have died of COVID-19 in the U.S. just since January 1.

At 5 p.m., the flag at the White House was lowered to half staff and the bells at the National Cathedral began to toll. President Biden plans to deliver remarks at 6 p.m. ET to commemorate the lives lost, and then Mr. Biden, Vice President Harris and their spouses will hold a moment of silence and candle lighting ceremony.

“500,000 lives lost to COVID-19. It’s an unfathomable number, but each one represents a family that will never again be whole. To those who have lost loved ones: I know no words can numb the pain, but I hope you find some solace in knowing the nation grieves with you,” Mr. Biden tweeted.

Dr. Anthony Fauci, the nation’s top infectious disease expert, reflected on the toll in an interview Monday on “CBS This Morning.” “Back in the late winter and early spring of 2020 when we gave the modeling number of 240,000, people thought that we were being hyperbolic about that and somewhat alarmist, and clearly that was not the case,” he said. “This is a horrible landmark that we’ve now reached.”

As the toll continues to rise, the vaccination process has been criticized for being sluggish and disorganized. Roughly six million vaccine doses were delayed because of last week’s disastrous winter storm. The delays impacted every state, and thousands of vaccine appointments had to be canceled.

But even so, the number of people fully vaccinated against the virus is growing, and the vaccines are proving highly effective at saving lives. As of Sunday, more than 19 million people had been fully vaccinated in the U.S., according to the CDC, and more than 44 million others had received their first dose. A third vaccine from Johnson & Johnson will be considered by the FDA for emergency use authorization on February 26.

The U.S. has maintained a significant lead in the number of reported cases of the virus worldwide. Five states — California, Texas, Florida, New York and Illinois — have more reported cases combined than Brazil, the country with the third-highest number of cases.

India, which also been dealing with months of ongoing protests over new agricultural laws, has the second-highest number of cases in the world, with just under 11 million cases — less than half the number of the U.S. China, the country first hit by the pandemic, has less than 101,000 reported cases.

The U.S. has also reported more COVID deaths than any other nation. More people have died from the virus in the past 13 months than from several of the other leading causes that would normally pose the greatest threat to people in the country in non-pandemic circumstances. Compared to the latest data from the Centers for Disease Control and Prevention, COVID-19 deaths outnumber the 2019 deaths from the flu, pneumonia, suicide, diabetes, stroke, and Alzheimer’s disease combined.

During the first six months of the pandemic, average life expectancy in the U.S. dropped by a year.

The economic impact has also been devastating for millions of families. Many businesses have shuttered, millions of people have been laid off or furloughed, and students and teachers have had to contend with the challenges of online learning.

Mon Feb 22 , 2021
A detail of the Moderna COVID-19 vaccine. Allen J. Schaben | Los Angeles Times | Getty Images Moderna said Monday it received “positive feedback” from the Food and Drug Administration on its proposal to increase the number of Covid-19 vaccine doses in each of its vials. One vial of Moderna’s […] 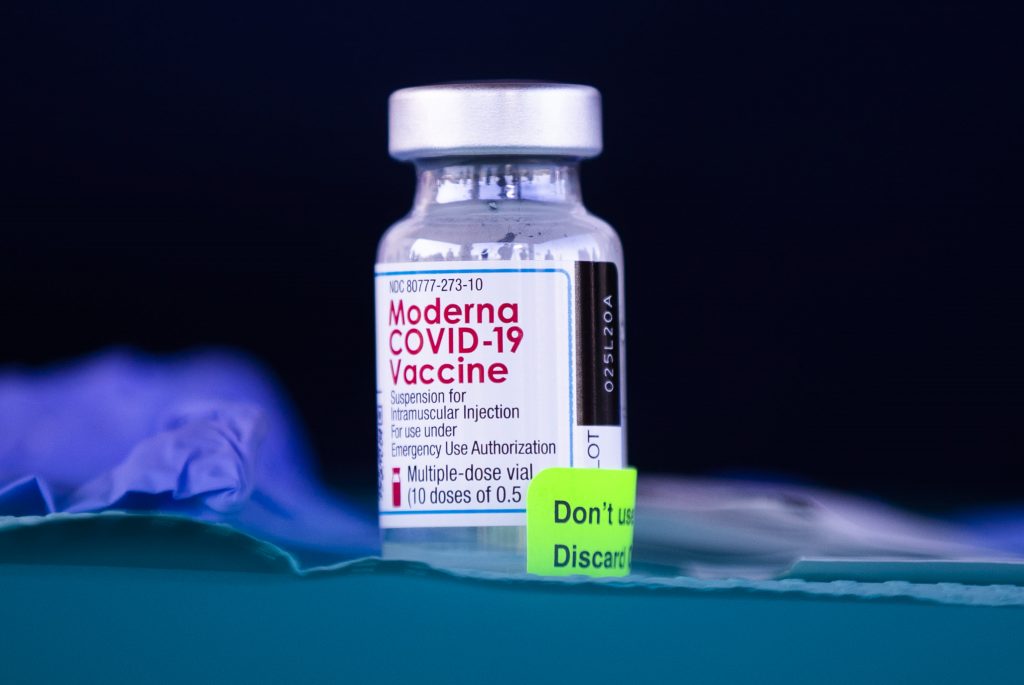