FILE PHOTO: A worker cycles past containers outside a logistics center near Tianjin Port, in northern China, May 16, 2019. REUTERS/Jason Lee

Trump’s administration is preparing to levy tariffs on an additional $300 billion worth of Chinese imports after a public comment period ends on July 2 if the U.S. and Chinese presidents cannot relaunch talks to end their trade war.

The two countries have been at odds since July 2018 over a host of U.S. demands that Beijing adopt policy changes that would better protect American intellectual property and make China’s market more accessible to U.S. companies.

Consumer technology products, including cellphones, laptop and tablet computers, smart speakers and video gaming consoles, would make up $167 billion of that $300 billion total, or more than half the target list, said Sage Chandler, vice president of international trade for the Consumer Technology Association.

Chandler told a hearing on the tariffs hosted by the U.S. Trade Representative’s office that imposing the tariffs would raise the retail price of cellphones by an average of $70, while the price of laptop computers would rise by $120 and video game consoles by $56.

“A lot of consumers will look at that and say: ‘I’ll just wait for the next generation.’ That’s a lot of money for the average consumer,” Chandler told Reuters.

Chandler, whose association represents major tech groups including Apple Inc, Facebook Inc, Alphabet Inc’s Google and Intel Corp, told the hearing the proposed tariffs would extend a ripple effect that would spread through the U.S. economy.

“Because technology is now the backbone of so many other industries – from agriculture to manufacturing – taxes on technology hit far beyond the technology industry,” Chandler said.

Win Cramer, founder and chief executive of JLab Audio, a California-based maker of Bluetooth wireless headphones, said he added eight employees after the company’s products were spared from the previous round of tariffs. But Cramer said he may have to lay off some of those people, as a 25 percent tariff would shrink sales.

“The proposed tariffs on products that make up 80 percent of our business would be catastrophic. We would be forced to lay off employees and raise prices to consumers,” he said. “The factory jobs that build our products never existed in America.”

Other company executives from industries ranging from food equipment to fashion products repeated a refrain from five days of hearings last week – that they relied heavily on China for production and it would be extremely difficult and costly to shift their supply chains to other countries, taking two to three years to do so.

Christine Robins, chief executive of Georgia-based gas barbecue grill maker Char-Broil LLC, said the tariffs would force the company to raise prices, increasing the risk that large retailers would try to cut costs by contracting directly with Chinese factories for private-label grills and “squeeze out” established U.S. brands such as Char-Broil.

Mon Jun 24 , 2019
FILE PHOTO: An Iranian navy boat tackles a fire on an oil tanker after it was attacked in the Gulf of Oman, June 13, 2019. Tasnim News Agency/Handout via REUTERS June 24, 2019 UNITED NATIONS (Reuters) – The U.N. Security Council on Monday condemned the attacks on oil tankers in […] 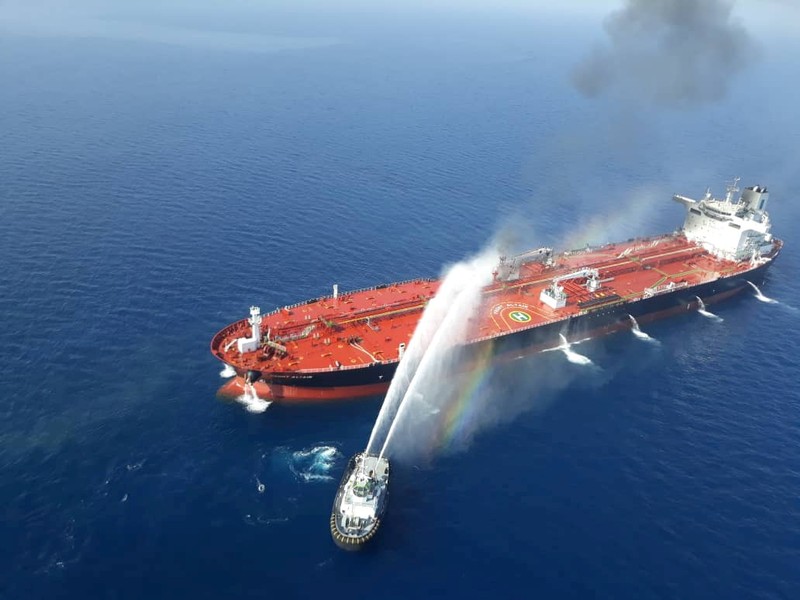