NEW YORK (Reuters) – Wall Street took a nosedive late in the session on Tuesday, reversing solid gains to close deep in negative territory after President Donald Trump announced he was calling off talks on coronavirus relief legislation until after the Nov. 3 election.

“Powell called for Congress to act quickly and Trump effectively pulled the rug out from under that,” said Oliver Pursche, president of Bronson Meadows Capital Management in Fairfield, Connecticut. “It’s troubling, given the statements Chairman Powell made earlier today.”

In remarks delivered online to the National Association for Business Economics, Powell warned the U.S. economy could slip into a downward spiral if the coronavirus is not contained and Congress fails to deliver additional fiscal support to businesses and households.

Crude prices extended gains, boosted by supply disruptions from approaching storms in the Gulf of Mexico and an ongoing oil worker strike in Norway.

The dollar, essentially flat for much of the session, jumped against a basket of world currencies after Trump’s tweet.

Tue Oct 6 , 2020
President Donald Trump said Tuesday he has told his administration’s negotiators to end coronavirus stimulus talks with Democrats until after the Nov. 3 election. The declaration halts an ongoing push to send trillions of dollars more in relief to Americans as the outbreak rampages through the U.S. and the economy […] 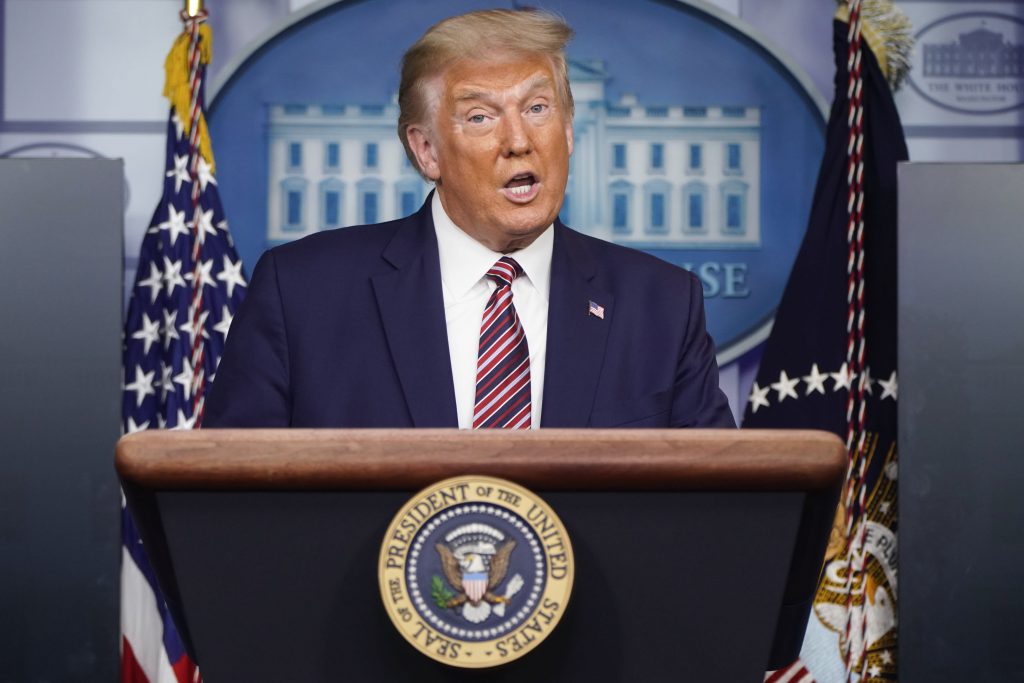