U.S. stock futures sank early Friday as Wall Street eyed its best week since April even as the results of the presidential election remained unclear.

Futures tied to the Dow Jones Industrial Average implied an opening loss of more than 150 points, while futures for the S&P 500 and the Nasdaq 100 both traded in negative territory.

The three indexes notched their fourth-straight positive session on Thursday and were on track for their best week since April 9. The S&P 500 and the Dow are up 7% so far this week. The tech-heavy Nasdaq Composite has led the way with a nearly 9% gain. The sharp rally follows a slump in the prior week.

The surge in stocks has come despite lingering uncertainty about the outcome of Tuesday’s election. Democratic nominee Joe Biden leads with 253 electoral votes, according to NBC News projections, while President Donald Trump has 214. Votes are still being counted in several key states including Nevada, Arizona, Pennsylvania and Georgia.

Victories by Republicans in several key Senate races, thus lowering the odds of a “blue wave” and the potential for higher taxes and stronger regulations, have been cited by Wall Street strategists as a reason for the rally in tech stocks. However, Republicans have not yet won the necessary seats to control the Senate, according to NBC News projections, with two potential run-off elections in Georgia.

On the economic front, Friday will bring a fresh look at the labor market for investors, with the Labor Department’s October jobs report scheduled to be released before the bell. The report comes on the heels of disappointing readings for ADP private payrolls and initial jobless claims.

Fri Nov 6 , 2020
People walk past the headquarters of the People’s Bank of China (PBOC), the central bank, in Beijing, China September 28, 2018.  Jason Lee | Reuters BEIJING — Just days after the abrupt suspension of Ant Group’s IPO — which was set to be the world’s largest offering — China’s financial authorities emphasized […] 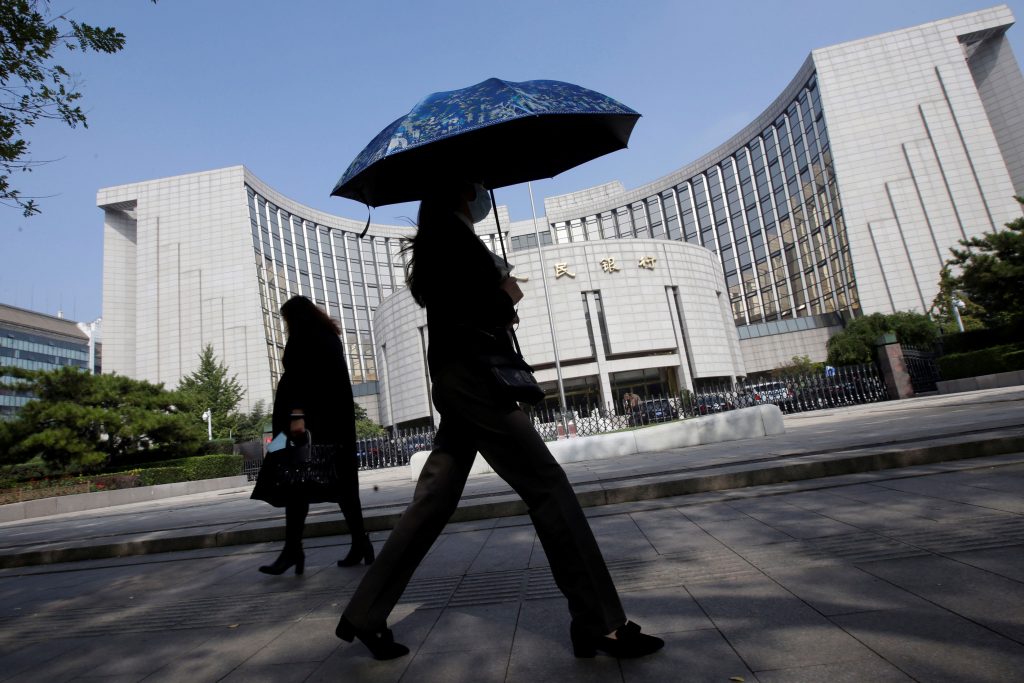