U.S. stock index futures were little changed in overnight trading on Wednesday as investors hoped that the winner of the U.S. presidential election would soon be determined.

Protesters nationwide are demanding every vote be counted

Thu Nov 5 , 2020
The 2020 election featured record turnout and an impassioned electorate. That momentum continued on Wednesday as crowds rallied in New York and other cities nationwide, demanding that states count all of the legal ballots cast in the election. In Midtown Manhattan, several hundred people took to the streets while chanting […] 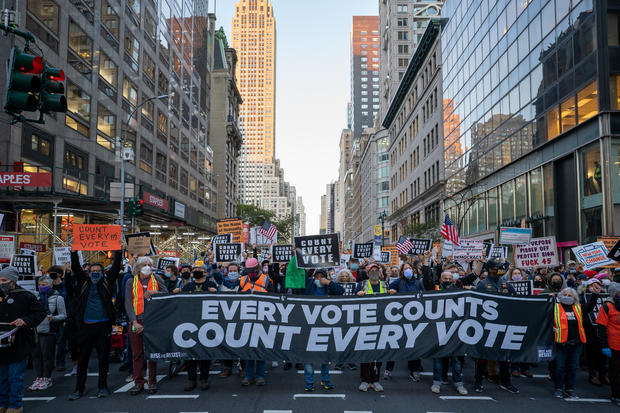