Manchin, a West Virginia moderate who has urged a “pause” on fellow Democrat U.S. President Joe Biden’s $3.5 trillion domestic spending plan, said while he supported some provisions such as universal preschool, he did not back clean energy and other measures.

The plan would also have to include a “competitive tax code” to help pay for it, he told CNN, adding he could support a domestic spending bill costing between $1 trillion and $1.5 trillion.

House Speaker Nancy Pelosi had agreed to hold a Sept. 27 vote on a separate bipartisan $1 trillion infrastructure spending bill. While Biden and Pelosi had hoped to pass both bills together, centrist House Democrats had objected.

“There’s no way we can get this done by the Sept. 27 if we do our job,” he said on CNN’s “State of the Union” program, referring to the domestic-related spending.

“We don’t have the need to rush into this and get it done within one week,” he separately told NBC News’ “Meet the Press” program. “I could not support $3.5 trillion,” he added.

Pope urges Hungary to be more open to needy outsiders

Sun Sep 12 , 2021
Pope Francis greets people as he arrives in Heroes’ Square in Budapest, Hungary, September 12, 2021. REUTERS/Remo Casilli September 12, 2021 By Philip Pullella and Gergely Szakacs BUDAPEST (Reuters) -Pope Francis said on Sunday that Hungary could preserve its Christian roots while opening up to the needy, an apparent response […] 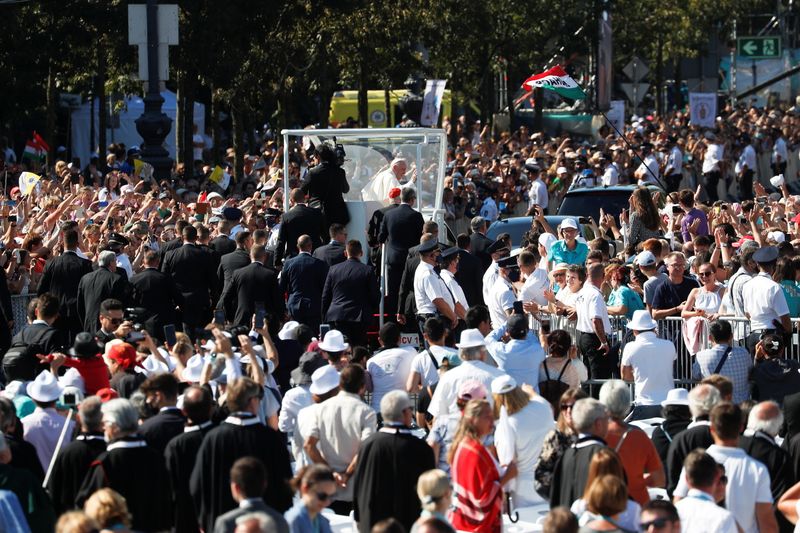