The U.S. needs to put more pressure on the perpetrators of the recent cyberattacks that have befallen the country, Rep. Jim Langevin, D-R.I., told CNBC on Tuesday.

“This is getting more and more serious,” said Langevin, who serves on the Cyberspace Solarium Commission. “President Biden and Congress need to make it clear to other countries, particularly Russia, that there’s a price to pay if they’re going to look the other way and allow criminal organizations like what happened with Colonial [Pipeline] or the JBS ransomware attack to just act with impunity.”

The CSC is a bipartisan body tasked with developing a strategic approach to defending cyberattacks against the U.S.

The White House said earlier in the day that a criminal organization — likely based in Russia — is responsible for a ransomware attack against JBS, the world’s largest meat processor.

JBS reported the organized cyberattack on its information systems just three weeks after a ransomware attack on Colonial Pipeline — the largest fuel pipeline in the United States — crippled fuel delivery for several days in the Southeastern part of the U.S.

The cyberattack forced the company to grind operations to a halt at slaughterhouses and processing plants across the U.S., and at least six plants told workers not to come in on Tuesday.

The lost shifts and other slowdowns translated into declines in beef and pork production for the whole country. Daily livestock slaughter figures from the Department of Agriculture showed a 22% decline in cattle and a 19.6% dropped in hogs processed compared to a week ago.

Langevin told “The News with Shepard Smith” that he’s worried the ransomware attacks could have fatal consequences.

“My concern is, at what point does it then hit critical infrastructure? That it does, not only damage to our economy, but if this had been a natural gas pipeline, for example, that gets shut down in the dead of winter through a ransomware attack, and it leads to loss of life,” Langevin said.

The White House did not immediately respond to CNBC’s request for comment.

Wed Jun 2 , 2021
Work has stopped at several U.S. meat processing plants after the world’s largest meat producer was hit with a major cyberattack. The Brazil-based JBS was forced to cease cattle-slaughtering operations at 13 of its meat processing plants in the U.S. on Tuesday. The ransomware attack could be a possible threat […] 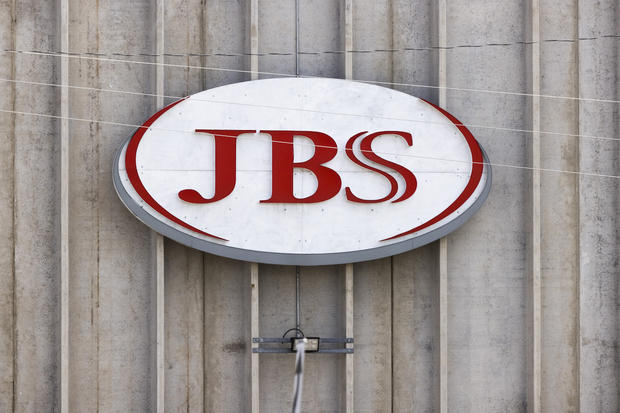