U.S. Marines from Charlie 1/1 of the 15th MEU (Marine Expeditionary Unit) fill sandbags around their light mortar position on the frontlines of a U.S. Marine Corps base, near a cardboard sign reminding everyone that Taliban forces could be anywhere and everywhere, in southern Afghanistan December 1, 2001.

WASHINGTON – The United States launched overnight airstrikes against the Taliban in Afghanistan, a move that reflects Washington’s intentions to continue supporting Afghan forces with combat aircraft until U.S. forces withdraw next month.

Pentagon spokesman John Kirby on Thursday would not provide further details about the strikes, including what type of aircraft was used.

The strikes are the first known since Army Gen. Scott Miller, America’s last four-star commander to serve on the ground in Afghanistan, stepped down from his role and returned to the United States.

“We did not go to Afghanistan to nation build,” Biden has said. “It’s up to the Afghans to make decisions about the future of their country.”

At the Pentagon on Wednesday, the nation’s highest military officer told reporters that the U.S. has completed more than 95% of the herculean task of withdrawing from Afghanistan.

“The sheer volume of movement involved in this operation has been extraordinary,” said Chairman of the Joint Chiefs U.S. Army Gen. Mark Milley, adding that the U.S. conducted more than 980 airlifts of cargo in less than three months.

“Furthermore, all the military operating bases, outside of Kabul, have been fully transferred to the Afghan Ministry of Defense and the Afghan security forces.”

Last week, the White House announced it will begin evacuation flights this month for Afghan nationals and their families who assisted U.S. and NATO coalition forces during America’s longest war.

Thu Jul 22 , 2021
A Specialist trader works inside a booth on the floor of the New York Stock Exchange (NYSE) in New York City, U.S., July 13, 2021. Brendan McDermid | Reuters Stock futures edged slightly higher in overnight trading after a rise in technology stocks boosted the Nasdaq Composite to its third-straight […] 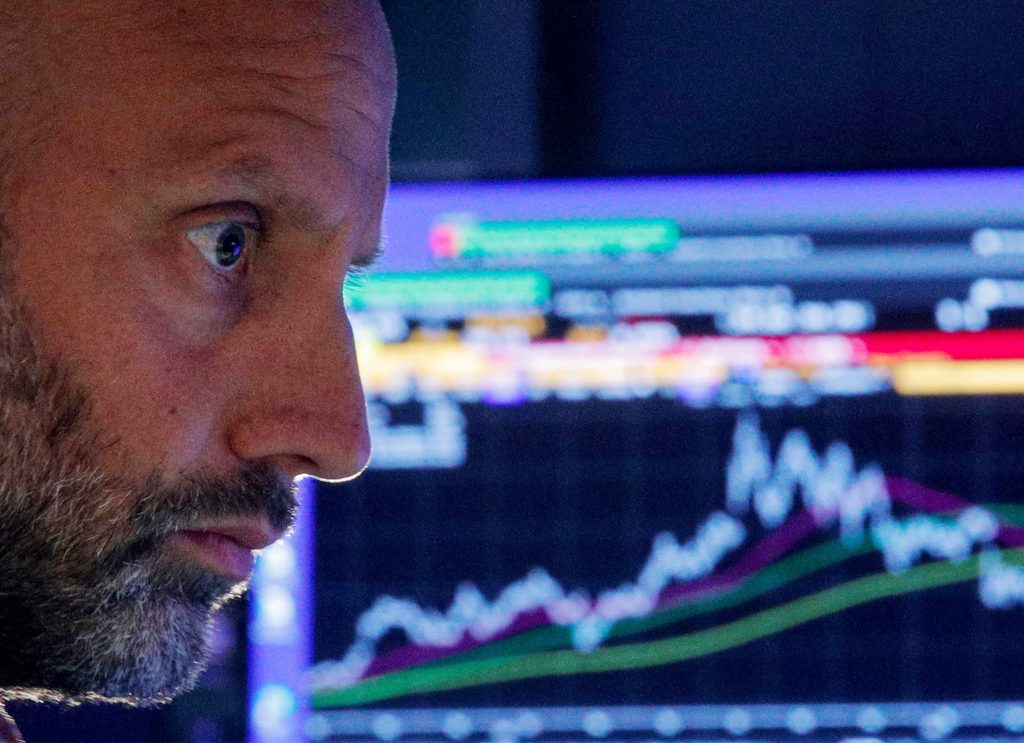