Judge Esther Salas and her husband Mark described their only child Daniel as “the center of their universe.” A twenty-year-old college sophomore who “wanted to squeeze the joy out of every situation.”

On July 19, 2020, the tight-knit family of three were in the basement cleaning-up from Daniel’s birthday party when the doorbell rang at their New Jersey home. Daniel raced up the stairs to respond to a man dressed as a FedEx driver.

Moments later gunshots broke the silence of a quiet suburban street. Daniel, shot in the chest, lay at the foot of the front door. Mark, shot three times, was clinging to life on the porch.

Daniel died on the way to the hospital. Mark is still recovering from multiple surgeries.

On Sunday, Judge Salas revealed to 60 Minutes harrowing new details about the plot by a former plaintiff to assassinate the judge and possibly others.

In the last five years, threats made toward federal judges have increased 400%. Last year the threats totaled more than 4,200.

The FBI investigation into Daniel’s murder revealed the 72-year-old shooter, Roy Den Hollander, had been stalking the Salas family. He had notes about routes the judge took to work, the school her son attended, and where the family went to church.

The FBI also told Judge Salas that the wounds sustained by Daniel appear to indicate he was trying to block Hollander from getting to her.

The information obtained by Hollander was accessed legally on the internet. Judge Salas is now advocating for new legislation to provide additional protection for federal judges.

The proposed legislation calls for more than $250 million worth of home security upgrades and the hiring of 1,000 deputy marshals. It also calls for the online removal of personal data, including home addresses, driver’s license information, and property tax records.

The legislation is expected to be taken-up by the Senate.

You can watch Bill Whitaker’s full report, “Attack on the Judiciary,” below.

An activist shines light on Syria's decade of civil war

Mon Feb 22 , 2021
When Mouaz Moustafa was a young boy living in Damascus, he one day joked about the sound of Bashar Al-Assad’s voice. Moustafa’s mother stopped him and urged him to whisper. “We would have to whisper that in the home, even if it was a joke,” he recalled. “Everyone lived in […] 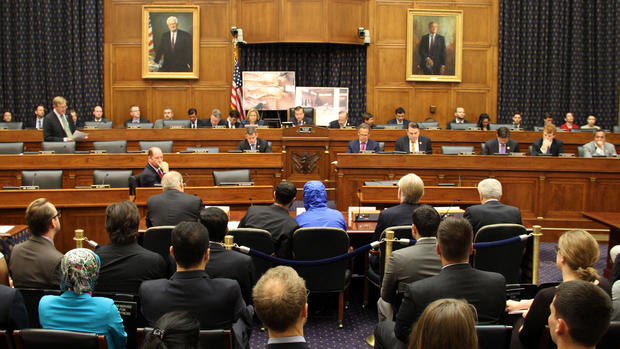