(Reuters) – U.S. growth appears to be based “exclusively” on government, corporate and mortgage debt and the economy would have contracted if the United States had not added trillions in debt, Jeffrey Gundlach, chief executive of DoubleLine Capital, said in an investor webcast Tuesday.

“Nominal GDP growth over the past five years would have been negative if U.S. public debt had not increased,” said Gundlach. “One thing everybody seems to miss when they look at these GDP numbers…they seem to not understand that the growth in the GDP it looks pretty good on the screen is really based exclusively on debt – government debt, also corporate debt and even now some growth in mortgage debt.”

The Treasury debt growth alone not happening would have made nominal GDP negative the last three and five years, “even with all of the exact mortgage, corporate, and student loan growth that occurred,” Gundlach told Reuters in an email, following the webcast.

“If those non-Treasury debt categories had not grown, either, GDP would have been very negative.”

Tue May 14 , 2019
FILE PHOTO: The Logo of taxi company Uber is seen on the roof of a private hire taxi in Liverpool, Britain, April 15, 2019. REUTERS/Phil Noble/File Photo May 14, 2019 By Daniel Wiessner (Reuters) – Drivers for ride-hailing company Uber Technologies Inc are independent contractors and not employees, the general […] 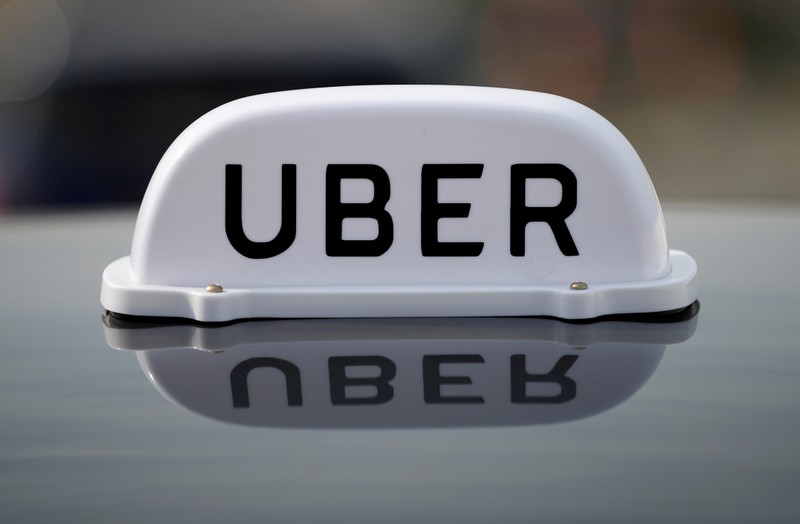