Supporters of US President Donald Trump enter the US Capitol’s Rotunda on January 6, 2021, in Washington, DC. – Demonstrators breeched security and entered the Capitol as Congress debated the a 2020 presidential election Electoral Vote Certification. (Photo by SAUL LOEB/AFP via Getty Images)

Chaos erupts in Washington as mass protests put the U.S. Capitol on lockdown. On Wednesday, thousands of protesters stormed the capitol building by breaching barriers set up by police.

This unrest came as Congress was set to certify electoral votes, which the President has condemned in light of mass voter fraud allegations. Lawmakers were in the middle of a joint session when the breach happened.

This forced officials to evacuate. The breach occurred after the President hosted an event outside the White House, in which he spoke out against the election process.

At this point, it is unclear when the vote will resume.

I am asking for everyone at the U.S. Capitol to remain peaceful. No violence! Remember, WE are the Party of Law & Order – respect the Law and our great men and women in Blue. Thank you!

In the meantime, the mayor of D.C. mandated a citywide curfew. Mayor Muriel Bowser announced Washington D.C. would be under curfew starting at 6 p.m. eastern time. No one will be allowed on the streets except for those designated by the mayor. Essential workers and the press are exempt from the curfew.

The curfew is expected to last until 6 a.m. on Thursday.

Wed Jan 6 , 2021
The Dow Jones Industrial Average rose to an all-time high on Wednesday, with investors optimistic about the prospects of additional fiscal stimulus as results from the runoff elections in Georgia rolled in. The 30-Dow climbed 437.80 points, or 1.4%, to end the day at 30,829.40, a record. The Dow briefly […] 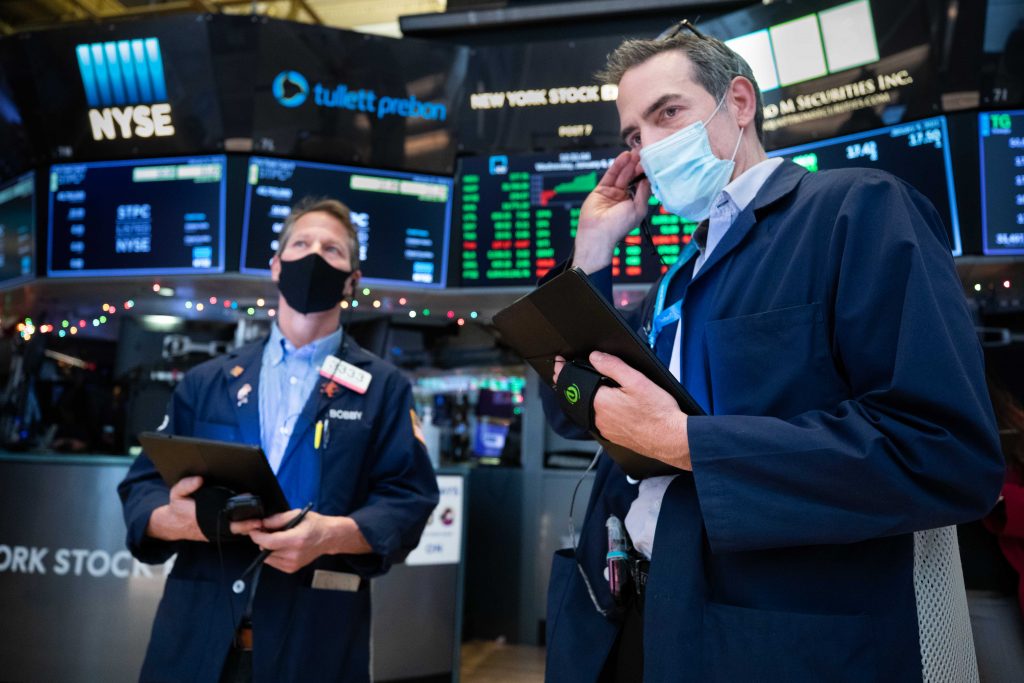