TORONTO — The U.S. and Canada announced late Sunday night they had reached a deal for Canada to stay in the North American trade pact with the United States and Mexico. The word came from United States Trade Representative Robert Lighthizer and Canadian Foreign Affairs Minister Chrystia Freeland.

The announcement was made an hour before a White House-imposed deadline of midnight on Sept 30.

In a joint statement, they said the accord will be renamed the USMCA (United States-Mexico-Canada Agreement).

They said USMCA would result in freer markets and fairer trade.

“USMCA will give our workers, farmers, ranchers, and businesses a high-standard trade agreement that will result in freer markets, fairer trade and robust economic growth in our region,” the joint statement said. “It will strengthen the middle class, and create good, well-paying jobs and new opportunities for the nearly half billion people who call North America home.”

The agreement gives U.S. farmers greater access to the Canadian dairy market. But it keeps a NAFTA dispute-resolution process that the U.S. wanted to jettison and offers Canada protection if President Trump goes ahead with plans to impose tariffs on cars, trucks and auto parts imported into the U.S.

Senior administration officials speaking with CBS News called the pact a “big win” for the U.S.

“It’s a good day for Canada,” Prime Minister Justin Trudeau said as he left his office. Trudeau said he would have more to say Monday.

“It is a good night for Mexico, and for North America,” Mexican Foreign Minister Luis Videgaray tweeted.

“We celebrate a trilateral deal. The door closes on trade fragmentation in the region,” Jesus Seade, trade negotiator for Mexico’s incoming president, said via Twitter.

Representatives of Mexican president-elect Andrés Manuel López Obrador called a news conference for Monday to discuss details of the deal.

The administration officials told CBS News they expected it to be signed by Mr. Trump and his Canadian/Mexican counterparts on November 30, then submitted to Congress, with a vote expected some time next year. Getting Congressional approval could be difficult, especially if the Democrats take control of the House, the officials said.

They noted that the accord will come up for review every 6 years, which they said gives the U.S. significant leverage if Canada or Mexico don’t comply with any parts of the pact.

The importance of a new U.S.-Mexico-Canada trade deal cannot be underestimated: trade between the three partners affects jobs and profits in all three countries and all three wanted to get a deal done before the change of government in Mexico in two months, CBS News’ Pamela Falk reports.

The original North America deal took years to negotiate and commerce between the U.S., Mexico and Canada has relied on the continuation of a trade accord, Falk added. Canada, the United States’ No. 2 trading partner, was left out when the U.S. and Mexico reached an agreement last month to revamp the North American Free Trade Agreement.

So much American trade depends on the 1994 agreement that U.S. markets have been jittery about a possible collapse of negotiations — and because Mr. Trump made campaign promises to get rid of the agreement.

Because the old agreement was cemented by Congress, and was not a treaty, Mr. Trump would still have to get Congress on board and, under U.S. law, Mr. Trump will have to made the agreement public two months before he can sign it.

Current Mexican President Enrique Peña Nieto leaves office Nov. 30 and therefore, the clock was ticking to get the deal done.

Mexico’s economics ministry said in a tweet earlier Sunday that the text of the pact would be delivered to the Mexican Senate Sunday night, adding that “if there is agreement with Canada, the text will be trilateral. If there is not, it will be bilateral.”

U.S.-Canada talks bogged down earlier this month, and most trade analysts expected the Sept. 30 deadline to come and go without Canada being reinstated. They suspected that Canada, which had said it wasn’t bound by U.S. deadlines, was delaying the talks until after provincial elections Monday in Quebec, where support for Canadian dairy tariffs runs high.

Trade deals, Fed speakers and jobs headline the week ahead

Mon Oct 1 , 2018
The week begins with a new trilateral trade agreement and will end on the latest monthly jobs numbers. Continue Reading Below The United States and Canada confirmed Sunday they had reached a deal on a “new, modernized trade agreement,” which is designed to replace the 1994 NAFTA pact. In a […] 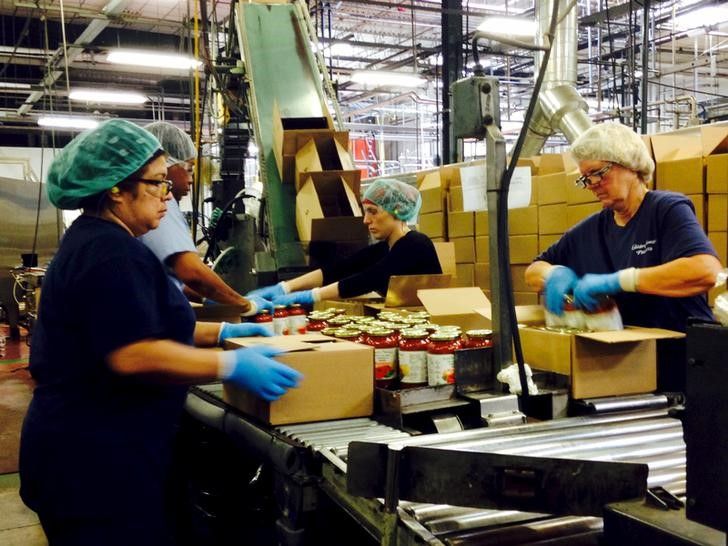