London — British lawmaker David Amess has died after being stabbed multiple times at a meeting with constituents in southern England, the BBC reported Friday.

Police said they were called to a stabbing in Essex at around noon, and that they found an injured man and treated him for his wounds, but he did not survive.

They said a 25-year-old man was arrested on suspicion of a murder, and that a knife was found.

“We are not looking for anyone else in connection with the incident and do not believe there is an ongoing threat to the wider public,” police said.

Amess, who was 69 and a member of the Conservative party, had been a member of Parliament since 1983. He was married with five children.

He is the second MP to be murdered in five years. In 2016, Labour MP Jo Cox was shot on the street in her constituency and died.

The Jo Cox Foundation, the charity set up in her memory, said it was “horrified” by the stabbing.

“We are thinking of him, his family and loved ones at this distressing time,” the foundation said on Twitter.

Fri Oct 15 , 2021
Passengers at LAX after arriving from Shanghai, China, after a positive case of the coronavirus was announced in the Orange County suburb of Los Angeles, January 26, 2020. Ringo Chiu | Reuters The White House said Friday it would allow international travelers who are fully vaccinated against Covid-19 into the […] 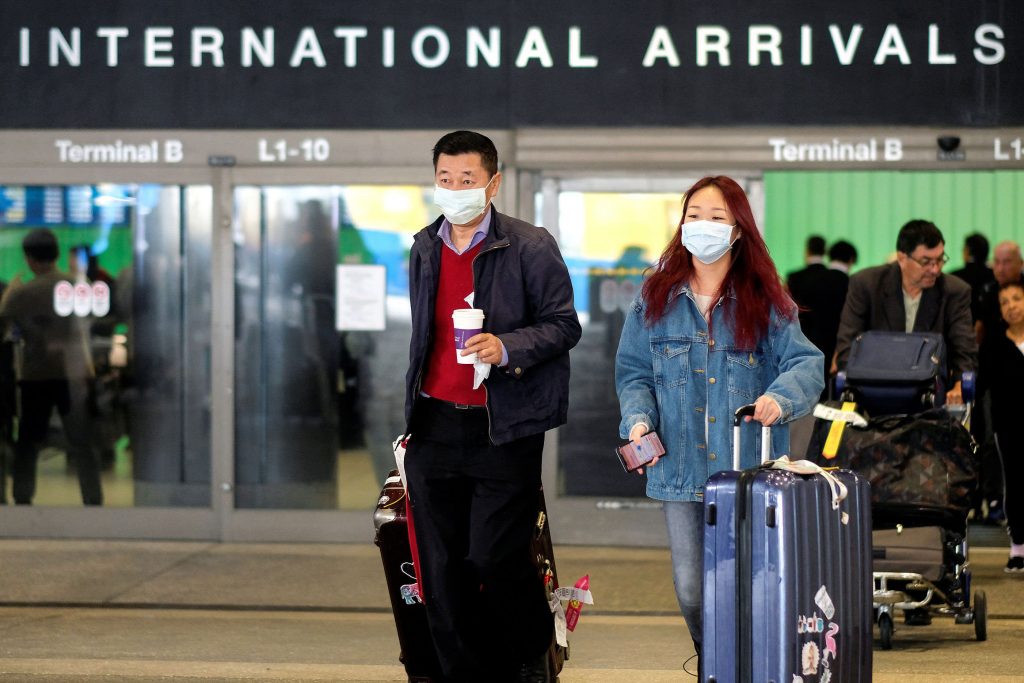