Britain and Germany have both announced plans to ramp up screening for coronavirus infections, including the use of rapid testing technology, in a bid to stem second wave infections and establish systems that leaders hope will usher a return to some degree of normalcy.

The British government announced plans on Monday to trial a new citywide coronavirus testing program in Liverpool, offering regular testing to everyone who lives and works in the city of 500,000 in an effort to slow the rampant spread of the virus.

Testing will take place throughout the city using a variety of technologies, including new methods that can provide results in an hour or less.

“These more advanced tests will help identify infectious individuals who are not displaying symptoms… so they can self-isolate and prevent the virus from spreading,” the Department of Health said.

The Liverpool trial is seen as a test of how Britain might be able to roll out mass testing across the country, which is battling one of Europe’s worst surges in coronavirus infections. England is scheduled to go under a second national lockdown on Thursday, but it will not include the mass closure of schools as the springtime lockdown did.

“Dependent on their success in Liverpool, we will aim to distribute millions of these new rapid tests between now and Christmas and empower local communities to use them to drive down transmission in their areas,” said Prime Minister Boris Johnson.

Liverpool has one of the highest infection rates in England, with more than 410 cases per 100,000 people.

Germany was also counting on a new type of test, but with a more limited objective in a country that has managed to contain the spread of the outbreak far better than many of its neighbors.

The goal in Germany is to avoid closing nursing homes to visitors, a move that caused considerable anguish among residents and relatives in the spring.

So-called antigen tests, which look for a specific protein on the virus, were first launched months ago. They are cheap and fast, but experts said at the time they are also less accurate than the standard PCR test, which detects even the tiniest genetic trace of the virus.

Still, Germany announced recently that it was bulk-buying millions of antigen tests each month.

“We have a new strategy,” Chancellor Angela Merkel told reporters. “We can now basically perform rapid tests on visitors to nursing and care homes.”

Nursing homes will receive up to 20 free monthly tests per resident. These can be used to test patients, staff and – crucially – visiting relatives, who might be unwitting carriers of COVID-19.

How to watch election night results

Tue Nov 3 , 2020
CBS News will be broadcasting election night coverage from a new election night studio at the ViacomCBS headquarters in Times Square. Historic early voter turnout amid the coronavirus pandemic suggests the 2020 election could break turnout records. CBS Election Day coverage will begin on CBSN and “CBS This Morning” at […] 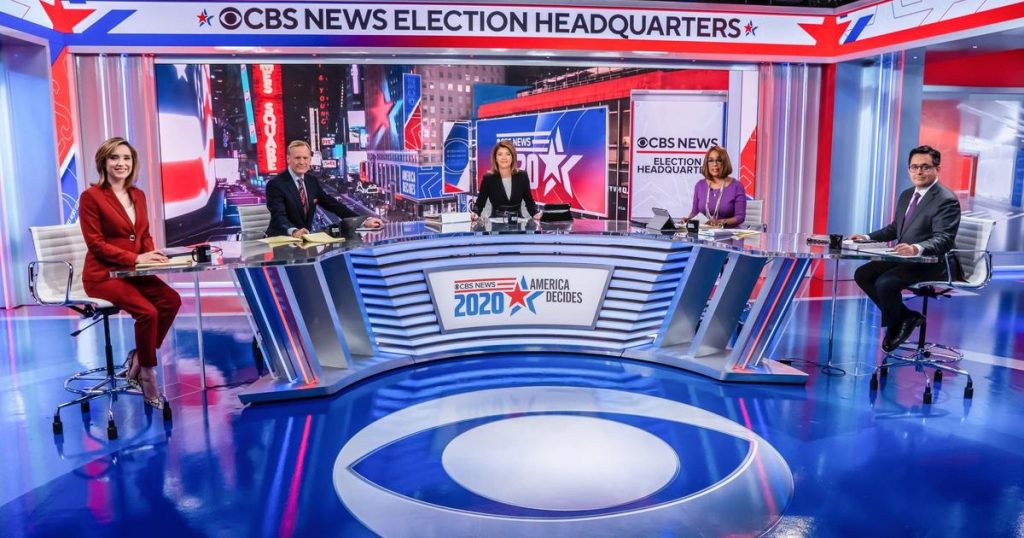