Both fighters have verbally agreed on the fight, and Arum said he expects contracts to be signed this week. The purse will favor Fury 60-40, ESPN reported.

The fight comes about after an arbitrator ruled that Fury must fight Wilder in a trilogy bout no later than Sept. 15. An alternate date is Aug. 14.

Fury had just announced a four-belt unification bout vs. Anthony Joshua in Saudi Arabia when the arbitrator made his ruling.

The two sides went to arbitration to settle a disagreement over a rematch clause in their contract after Fury and Wilder fought in 2018 and 2020. The arbitrator ruled that Wilder was owed a third fight with Fury.

Wilder was once a perfect 40-0 before fighting to a draw with Fury in December 2018 and then coming away with the first loss of his career in their February 2020 rematch.

Fri May 21 , 2021
FILE PHOTO: Demonstrators clash with police as protests enter their fourth week with a new national strike called by workers’ unions, students and organisations demanding a series of social changes, in Medellin, Colombia May 19, 2021. REUTERS/Santiago Mesa/File Photo May 21, 2021 By Daniela Desantis ASUNCION (Reuters) – The 2021 […] 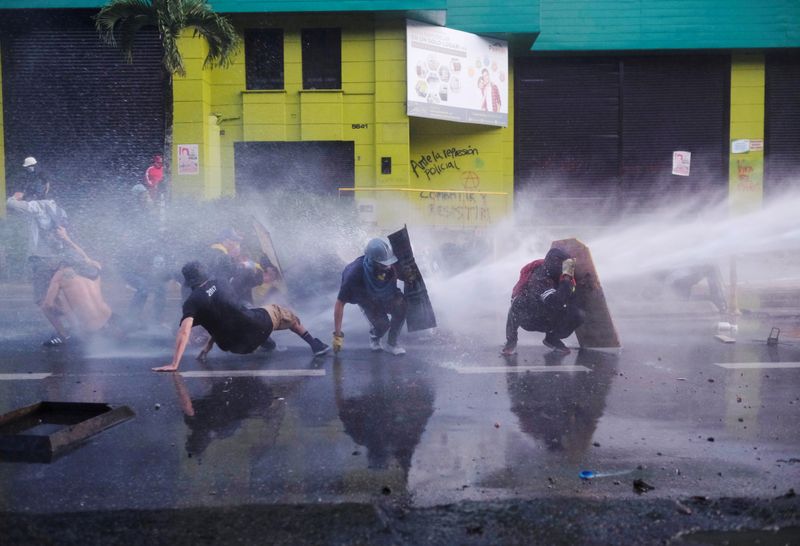