By Kanishka Singh and Bhargav Acharya

(Reuters) – Twitter on Sunday flagged a tweet by Donald Trump in which the U.S. President claimed he was immune to the coronavirus, saying it violated the social media platform’s rules about misleading information related to COVID-19.

“A total and complete sign off from White House Doctors yesterday. That means I can’t get it (immune), and can’t give it. Very nice to know,” Trump said in the tweet.

“This Tweet violated the Twitter Rules about spreading misleading and potentially harmful information related to COVID-19,” Twitter’s disclaimer read, adding that it had determined that it may be in the public’s interest for the tweet to remain accessible.

A Twitter spokeswoman told Reuters that the tweet made “misleading health claims” about COVID-19 and that engagements with the post would be “significantly limited,” as is standard in such cases.

Trump said on Sunday he had fully recovered from COVID-19 and would not be a transmission risk to others, freeing him to return to holding big campaign rallies during the final weeks of the race for the White House.

The president first announced that he had had a positive coronavirus test on Oct. 2. Trump’s physician said on Saturday the president had taken a test showing he was no longer infectious.

The scientific evidence is unclear on how long people who have recovered from COVID-19 have antibodies and are protected from a second infection.

Trump, who is trailing Democrat Joe Biden in opinion polls ahead of the Nov. 3 election, is eager to get back on the campaign trail after an absence of more than a week.

He plans to travel to the key battleground state of Florida on Monday, followed by rallies in Pennsylvania and Iowa on Tuesday and Wednesday, respectively.

(Reporting by Kanishka Singh and Bhargav Acharya in Bengaluru; Editing by Lisa Shumaker and Rosalba O’Brien)

Sun Oct 11 , 2020
Responding to a story that reported that hundreds of corporations, special interest groups and foreign governments seeking benefits patronized Trump Organization properties in recent years, the president’s son argued Sunday that the groups represent a small proportion of their business and that his father has not benefited monetarily from his […] 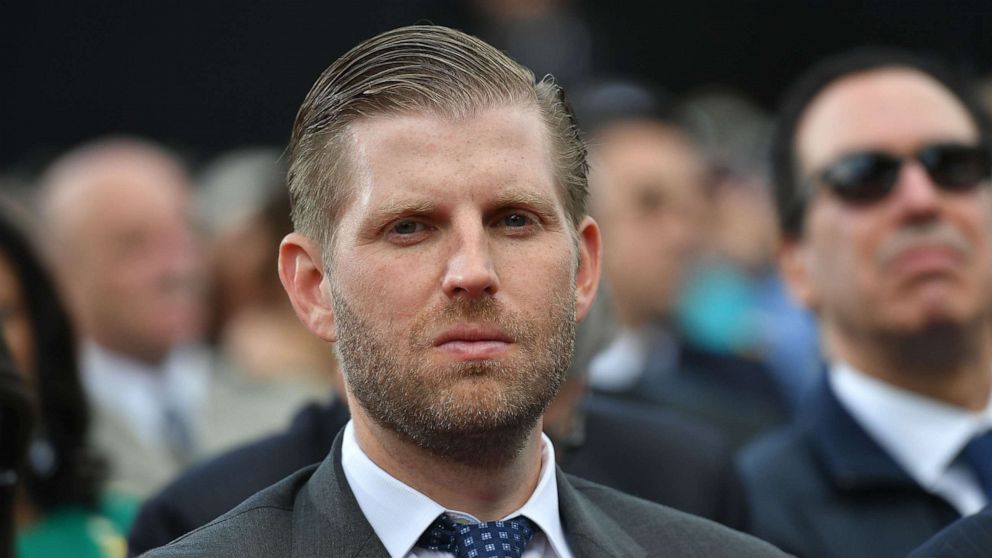