As a fan of the original “Twilight Zone,” Tony-nominated actress Sanaa Lathan said she was “thrilled” by the chance to work on the series reboot. “The Twilight Zone,” as reimagined by Jordan Peele, just wrapped up its first season on CBS All Access.

In an interview with CBSN, Lathan said she wanted to be a part of the project even before she read the script. Upon reading it, she revealed she cried — and was ready to get to work.

The actress stars in episode 3, entitled “Replay,” where she portrays a middle-class mother who’s dropping off her son (Damson Idris) for his freshman year at a historically black college — only for them to be stopped, threatened, and eventually assaulted by a racist police officer. What pulls Lathan’s character into the twilight zone is a camcorder, which she eventually discovers rewinds time, providing her with a chance to escape their assailant.

“For me as an actress, you look for roles like this, to really challenge yourself and sink your teeth into,” Lathan told CBSN. “I jumped for joy when I read about her. She made me think about all the mothers in the world who have lost their children, and who fear every time they walk out the door that somethings going to happen. And she’s universal in that respect.”

Lathan spoke about racism and racial profiling, problems that the broader society is finally talking about.

“Because of things like cellphones and video — now you cannot deny. These instance are being recorded all the time now, we can’t sweep it under the rug. It’s our dirty little secret, now it’s not so secret. It’s a problem that needs to be addressed and changed now.”

During the interview, Lathan also reflected on her favorite episode from the original “The Twilight Zone,” which ran for five seasons on CBS from 1959 to 1964. In “Time Enough At Last,” a man who wanted nothing more than time alone to read gets his wish, with a dark twist, when he survives a nuclear apocalypse.

“I was disturbed by the fact that he couldn’t read his books after his glasses broke,” Lathan told CBSN. The actress revealed that she was a bookworm herself growing up.

The entire first season of “The Twilight Zone,” 10 episodes hosted by Jordan Peele, is available to stream in both color and black-and-white, exclusively on CBS All Access.

Helicopter rescue of injured woman spins out of control

Wed Jun 5 , 2019
Helicopter rescue spirals out of control A helicopter rescuing a 75-year-old woman on a stokes basket took a dramatic turn when it spun out of control Tuesday. The dizzying rescue of the injured hiker was captured on video. A Phoenix Fire Department spokesperson said the woman was being airlifted from […] 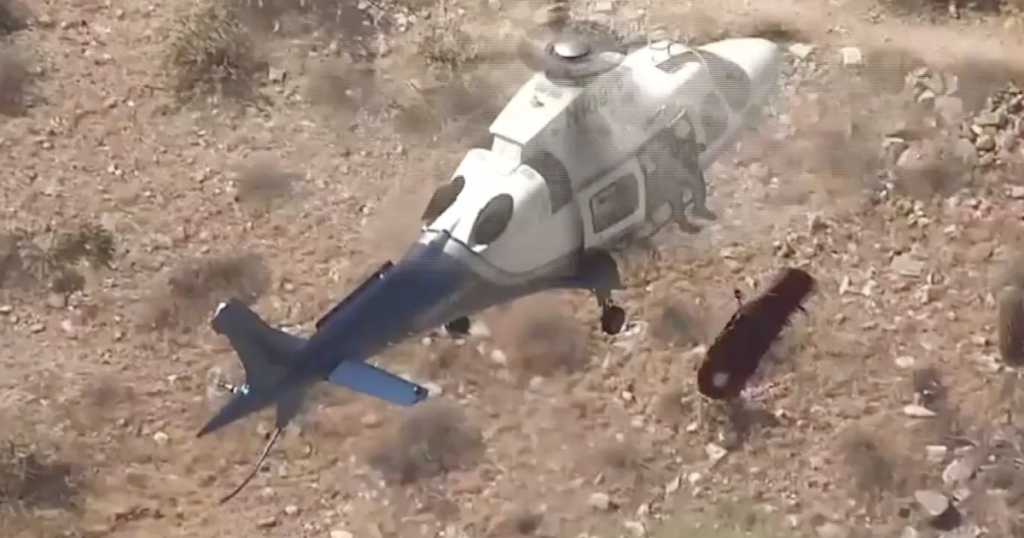