Turkish President Recep Tayyip Erdogan (C) gestures as he delivers a speech on stage, with on the background banknotes of the Turkish Lira, during the Annual Evaluation Meeting for the 2019 year. Ankara, January 16, 2020.

The unpredictability of Turkey’s fiscal and monetary policy means investors should stay away until normality is restored, according to Ozan Ozkural, managing partner of boutique investment firm Tanto Capital Partners.

Inflation is approaching 20% in the country of around 85 million people, meaning prices of basic goods have soared while salaries in the local currency have devalued considerably.

Speaking to CNBC’s “Squawk Box Europe” on Wednesday, Ozkural said the issue lay not just with the contrarian loosening of monetary policy as central banks around the world look to tighten, but with the method through which it is being carried out.

“Investors, we like nothing less, if you will, than an unpredictable monetary and fiscal policy, and therefore Turkish assets and Turkish risk is becoming very difficult to price,” Ozkural said.

“In this context, I just cannot imagine any investor coming into the country in the short term until this changes.”

Turkish President Recep Tayyip Erdogan has defended his central bank’s continued loosening of monetary policy, an approach he has pushed for in a bid to “lift this scourge of interest rates from people’s backs.”

The central bank has cut its main policy rate by 300 basis points since September, sending the already depreciating currency into freefall as investors flee Turkish assets.

“Turkey is a large country, it is geostrategically very important, the market dynamics, demographics work in its favor, and it’s extremely resilient to shocks,” Ozkural said, adding that the Turkish economy has proven adept at dealing with crises in the past.

But he suggested that investing in Turkish assets at present carries too many unknowns, even over a longer time period.

“In this current climate, until we shift to a fundamentally credible reformist stance — within either this government or, whenever the elections take place, the next one — it is very difficult to invest long term in the country right now,” he said.

“But it doesn’t take away from how important and how significant Turkey will be for investors in the medium to long term.”

A ‘fundamental change’ to the TCMB’s function

The lira has been sliding for several years, from trading around 3.5 to the dollar in mid-2017 to a previously unthinkable 13.44 on Tuesday. Much of this decline was fueled by geopolitical tensions, a substantial current account deficit, mounting debts and shrinking currency reserves, compounded by Erdogan’s staunch opposition to interest rate hikes.

But in a research note Tuesday, Goldman Sachs highlighted that the “causes of the current sell-off differ from the past.”

“The current account deficit, the key vulnerability in 2020, has more than halved compared with last year. We have observed only a limited acceleration in loan growth and a minor pickup in dollarisation recently,” Goldman Sachs associate Murat Unur and economist Clemens Grafe said.

They also pointed out that portfolio flows, derivative exposures and debt rollover rates had not altered significantly up until this point.

“We therefore think the sell-off has been driven mostly by the impact of rate cuts on local expectations and the demand for TRY.”

Unur and Grafe suggested that the latest rate cuts represent a “fundamental change in the TCMB’s reaction function.”

“While it could be argued that the TCMB has been excessively dovish in the past — e.g., cutting deeply in 2020H1 and delaying rate hikes in 2020H2 — it has not run entirely counter to what domestic output and inflation conditions call for, especially at a time like this when the Lira is significantly under pressure and global financial conditions are tightening,” they said.

“A different TCMB reaction function and the increased importance of expectations in driving asset prices add to the difficulties of forecasting over the next few months.”

Wed Nov 24 , 2021
German Minister of Finance and Social Democratic Party (SPD) top candidate for the federal elections Olaf Scholz. Pool | Getty Images News | Getty Images Germany’s next government is about to take another big step toward completion, with a coalition deal set to be announced on Wednesday afternoon. The deal […] 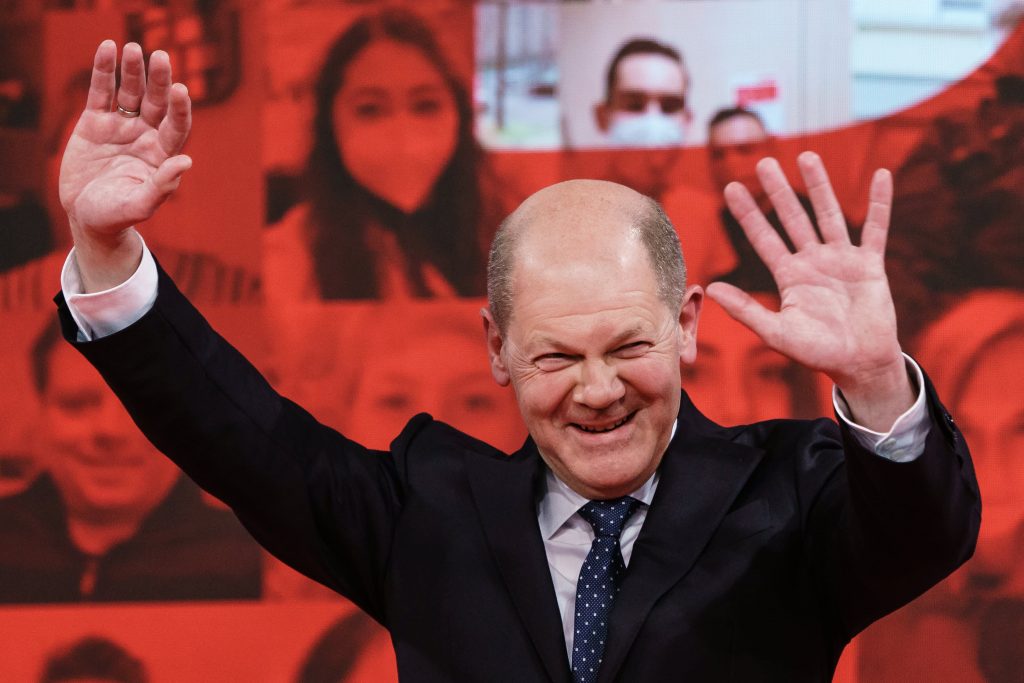