“Justice Kavanaugh now sits alongside Justice Gorsuch to defend your rights, your Constitution, and your God-given freedom,” Trump said at a rally last fall. “Two great men. They will go down as great, great justices of the Supreme Court.”

But as is becoming increasingly clear, the two men are not the same when it comes to interpreting the law.

In case after case this term, Kavanaugh’s first on the bench, the two men disagreed — sometimes sharply.

The data is clear: No two justices appointed by the same president have disagreed more in their first term together since John Kennedy was president, according to Adam Feldman, the creator of Empirical SCOTUS, a blog which analyzes the Supreme Court.

Overall, the two agreed about 70% of the time. In contrast, Justices Sonia Sotomayor and Elena Kagan, both appointed by President Barack Obama, agreed more than 96% of the time in their first term. Chief Justice John Roberts agreed with Justice Samuel Alito, a fellow George W. Bush appointee, more than 90% of the time.

Only Justices Clarence Thomas and David Souter come close, at 77%. Souter, who is now retired, made such a pronounced drift toward the court’s liberals that he inspired the conservative rallying cry “No more Souters. ” In contrast, Thomas is the court’s most reliable conservative.

The hard data is just one element of the divide between the two men, who share a similar career trajectory and clerked for Justice Anthony Kennedy together. Those who have argued cases before the two justices also say they have different styles when it comes to oral arguments.

“Justice Kavanaugh is very interested in precedent in his questioning; he asks a lot of questions about cases the court has decided,” said Willy Jay, a partner at the law firm Goodwin Procter who argued a case at the high court in December.

“Justice Gorsuch’s questions very rarely have to do with the court’s prior precedents. They have to do with separation of powers, fundamental issues,” said Jay, who co-chairs Goodwin’s appellate litigation practice.

While the two both tend to side with their fellow conservatives, the divisions between them reveal a more fractured conservative majority than some liberals feared when Kavanaugh was confirmed to replace the court’s longtime swing voter Kennedy last year.

And, despite their alignment on some of the most high-profile cases of the term, the divisions show that the top court’s opinions are often less predictable than observers suspect.

“There’s going to be a strong conservative bloc,” Empirical SCOTUS’s Feldman said. “But there are going to be a lot of exceptions in certain areas.”

Those areas are beginning to become evident. In cases involving Native American rights, criminal law, business issues, the death penalty and certain issues related to abortion, daylight has already spilled out between the two men.

That daylight was evident in one of the court’s most high-profile recent business disputes, involving whether iPhone owners could bring an antitrust lawsuit against Apple.

Kavanaugh, writing for the court’s majority in May, said that they could. In dissent, Gorsuch accused him of displacing “a sensible rule in favor of a senseless one.”

It was also on display just this week when Gorsuch, writing for the court, struck down a law that increased certain penalties for crimes involving guns because the statute was too vague.

“The Court’s decision today will make it harder to prosecute violent gun crimes in the future,” Kavanaugh wrote, dissenting.

In a March case involving product liability, Gorsuch wrote that a majority opinion authored by Kavanaugh was “sure to enrich lawyers and entertain law students” but would “leave everyone else wondering about their legal duties, rights, and liabilities.”

On issues of more pressing social concern, the two have also diverged.

In December, Kavanaugh sided with Roberts and the court’s liberals to reject a case involving two states seeking to bar Planned Parenthood from receiving Medicaid funding. Gorsuch sided with the conservatives.

In February, both Kavanaugh and Gorsuch were in the minority in a case in which they would have allowed a restrictive Louisiana abortion law to take effect, but only Kavanaugh authored an explanation of his reasoning, appearing to take a middle ground.

And in March, Kavanaugh voted with the court’s majority to halt the execution of a Buddhist inmate who has asked for his spiritual advisor to be present in the execution chamber, and who was denied. Gorsuch said he would have permitted the execution.

“Justices Gorsuch and Kavanaugh may both be conservatives, and they were both appointed by President Trump, but they are not clones of each other,” Jonathan Adler, a professor at Case Western Reserve University’s law school, wrote recently.

To be sure, it is early. Kavanaugh and Gorsuch are likely to spend decades together. And justices at the start of their lifetime appointments tend to be more cautious in their rulings and get assigned to write opinions in cases that are less divisive.

“Their differences in approach this term may not indicate that they are fundamentally of different minds on these issues, as much as they indicate that Kavanaugh is starting out a little more slowly in his first term,” Goodwin’s Jay said.

While most justices tend to move further toward an ideological pole over time, Kavanaugh may have been even more motivated to avoid making waves in his first term than most justices, given the controversy that surrounded his confirmation hearings last year.

“If that was what he was looking to do, he did a good job of that,” said Feldman. “Percentage-wise, he is the justice most frequently in the majority. He voted along with the majority 91% of the time, which was the highest of all of the justices. If his goal was to deflect the criticism, and the talk about him, then he was probably successful in that.”

Newark International Airport reopens after grounding flights for an hour

Sat Jun 29 , 2019
Newark Liberty Airport reopened Saturday morning after it grounded all flights into and out of the airport due to an “airport emergency.” “#EWR Airport reopened. Expect delays. Please check with your carriers,” the airport tweeted at 9:37 a.m. Saturday. At about 8:20 a.m., United Flight 2098, which is an Airbus […] 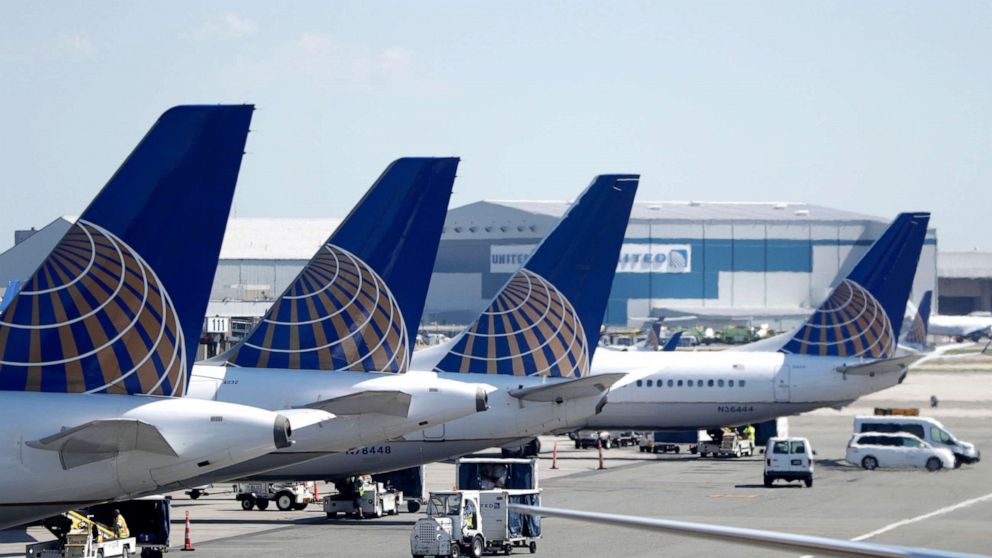