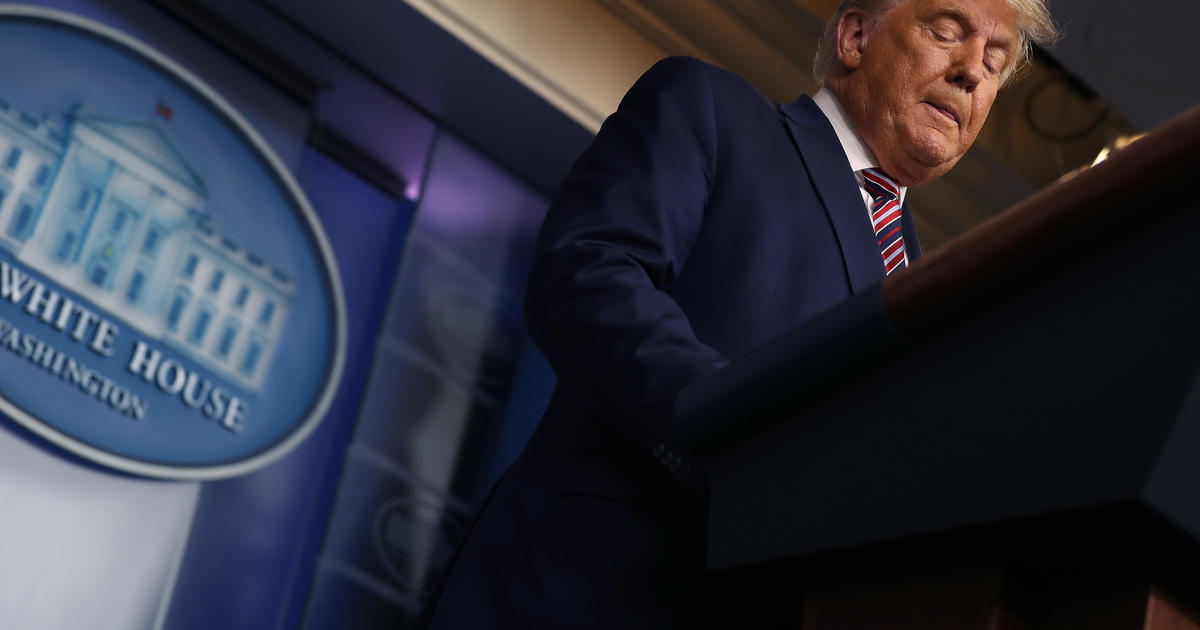 As President Trump gave a statement Thursday night where he falsely claimed victory and alleged election officials were trying to steal the election, there were some of his loyal Republican allies who continued to back him. But other Republicans have backed away from his claims.

On Thursday, two of the president’s sons, Donald Trump Jr. and Eric Trump, tweeted out messages criticizing well-known Republicans and GOP officials for not being more vocal and standing by their father.

Eric Trump told Republicans they need to “have some backbone” and “fight against this fraud.”

“Our voters will never forget you if your sheep!” he tweeted.

“The total lack of action from virtually all of the ‘2024 GOP hopefuls’ is pretty amazing,” Donald Trump Jr. tweeted on Thursday. “They have a perfect platform to show that they’re willing & able to fight but they will cower to the media mob instead.”

Trump Jr. also tweeted that “no one is surprised by” the silence from Senator Lindsey Graham. A few hours later, Graham said on “Hannity” that he appeared on the show to “stand with President Trump.”

Sean Hannity asked Graham if Republican-led state legislatures should consider offering their own electors, which would invalidate the results. Graham said “everything should be on the table.”

Later on the show, Republican Senator Ted Cruz stopped short of calling for that option, but he did throw his support behind Mr. Trump, despite his comments.

Cruz was not the only Republican who seemed to step away from Mr. Trump’s more outlandish claims. Some other Republicans offered generic statements about supporting counting all the votes.

Senator Marco Rubio of Florida tweeted that “taking days to count legally cast votes is NOT fraud,” but also that “if a candidate believes a state is violating election laws they have a right to challenge it in court & produce evidence in support of their claims.”

Senator Josh Hawley of Missouri called for “transparency” for the process.

“That means poll watchers from both parties need to be present that ballots are being counted,” Hawley said on “Tucker.” “That means states need to give an accounting of how many absentee ballots are left. How many mail-in ballot are there. It also means ballot harvesting where you pay a third-party to go collect ballots and bring them in, that ought to be illegal in the United States of America. Let’s ban ballot harvesting right now. It is rife with abuse. It is inviting abuse. These are the kind of reforms that we need to pursue. But right now, right this very instance, there needs to be total transparency in this process.”

Senator Mitt Romney, who was the only Republican to vote on one of the articles of impeachment, on Thursday urged Thursday for “faith in democracy, our Constitution and in the American people.”

Earlier, on CNN, former Senator Rick Santorum of Pennsylvania said that Mr. Trump’s claims that Democrats ‘stole’ the election from him, namely in Pennsylvania, is “shocking” and “dangerous.”

“There may be some validity in some of the things that you believe,” Santorum indirectly said to Mr. Trump on Thursday, “but to go out there and suggest that this is rigged or that counting votes in my home state by clerks all over 67 counties and as you kept losing votes was somehow rigged? No. Democrats voted by mail and that’s why your lead went away.”

“Had they voted in person you would be in the same position we are right now,” he continued. “It’s just very disappointing and shocking at times to hear the president say the things that he said.”

“With his remarks from the White House tonight, the President disrespected every single American who figured out a way to safely vote amid a pandemic that has taken 235,000 lives,” Ridge wrote. Not to mention those who are dutifully counting that vote.”

There were a handful of Republicans who unabashedly supported Trump’s claims, including projected Alabama senate winner Tommy Tuberville.

The Trump campaign has filed several lawsuits in key states, including Michigan, Pennsylvania and Georgia, in an attempt stop the counting of ballots. Despite their being both Democratic and Republican poll watchers present in the state, the Trump campaign has also demanded access to vote-counting sites so they can count ballots themselves.

Mr. Trump has failed to produce any evidence of his claims of election fraud.

Lawyers from both parties puzzled by Trump's election legal strategy

Fri Nov 6 , 2020
After weeks of speculation about the potential for a tight 2020 presidential contest to wind up in court, the Trump campaign appears to have unveiled its strategy: a succession of lawsuits in hard-fought swing states and a full-court press to give the impression that the election and ballot-counting process were […]