At a rally in Vandalia, Ohio, President Donald Trump falsely claimed that Nevada voters are not required to sign their mail ballots and, if they do sign them, the signatures don’t have to be verified.

The law requires mail ballots to include valid voter signatures, which must be verified by election officials. A law signed in August by Democratic Gov. Steve Sisolak expanding mail voting in the state did spell out in more detail than previous laws the procedures for dealing with suspect signatures and provisions for allowing voters to verify them. But it did not change the signature requirement.

Trump, Sept. 21: They have in Nevada, the governor said he signed an order that they don’t have to sign. We need no signature verification. Oh, that’s great. Because they couldn’t get people to sign, so they said, “We’ll just send them in. Don’t worry about it.” This is a real affront to our democracy. This is a horrible thing that’s going on.

This is not the first time that the president has made the false claim. For example, he also did so at the White House on Aug. 5.

And at a rally in Minden, Nevada, on Sept. 12, he said, “They don’t even have to have an authorized signature in Nevada.”

In a fact sheet on its website dealing with “Facts vs. Myths” about the 2020 general election, the Nevada secretary of state’s office included two entries dealing with the question of signatures.

First it dealt with what it called Myth #4: “Election officials in Nevada do not verify the voter’s signature on the ballot return envelope before the ballot is counted.”

Then it turned to what it referred to as Myth #5: “The bill recently passed by the Nevada Legislature weakened Nevada’s signature verification procedures.”

Nevada’s new election law was a response to problems during the state’s primary in June. While that was mostly a mail-in voting election due to the COVID-19 pandemic, there were long lines at the small number of polling places that were kept open.

The new law stipulates that mail ballots will be sent to all active registered voters during a state of emergency or declaration of disaster like the current pandemic. So those voters will receive them for the November election.

Earlier this year, the group Democracy Docket sued Nevada over the way it dealt with signature verification for mail ballots. Many mail ballots have been rejected in the primaries this year in a number of states, including Nevada, over signature issues. The group wanted to make sure voters in such cases were notified and had an opportunity to straighten out the problem. The group, which has taken similar action in other states, did not seek a ban on signature verification.

The Democratic-controlled Legislature dealt with the issue in the broader voting bill. First, it said that, contrary to Trump’s assertion, all ballot signatures should be checked, and it spelled out when they should be challenged.

Assembly Bill 4: [W]hen a mail ballot is returned by or on behalf of a voter to the county or city clerk, as applicable, and a record of its return is made in the mail ballot record for the election, the clerk or an employee in the office of the clerk shall check the signature used for the mail ballot in accordance with the following procedure:

(a) The clerk or employee shall check the signature used for the mail ballot against all signatures of the voter available in the records of the clerk.

The law gives the voter until nine days after the election to straighten out the situation.

After the law was enacted, Democracy Docket dropped its suit.

Trump has been an outspoken critic of mail-in voting, claiming without evidence, as we have written, that it is “fraudulent in many cases.” After the Nevada law was signed, the Trump campaign filed a suit seeking to overturn it. On Sept. 18, a federal judge dismissed the case.

On signature verification, the Trump campaign complaint focused on situations in which two ballots had been stuffed into one envelope, which the campaign argues could lead to ballots not having signatures.

In her motion to dismiss the Trump complaint, Nevada Secretary of State Barbara Cegavske, a Republican, argued that provision simply duplicates provisions of previous law, which had been on the books since 1960.

Cegavske, motion to dismiss, Aug. 10: Although it is conceivable that two persons might fold their ballots together in a single envelope and affix their signatures to the signature line of the return envelope, it is highly improbable. Indeed, the degree of probability is so low that it can scarcely qualify as an injury for purposes of Article III’s standing requirement. Accordingly, Count IV of the Complaint must be dismissed.

She described the legislation itself as making “modest changes [that] apply to an election occurring during a declared state of emergency or disaster, including the 2020 general election.”

The most recent average of polls from Real Clear Politics shows Democrat Joe Biden ahead of Trump in the state by six points, 46.5% to 40.5%. In 2016 Hillary Clinton won Nevada and its six electoral votes, defeating Trump by 2.4 percentage points, 47.9% to 45.5%. She was the third straight Democratic presidential nominee to carry the state. 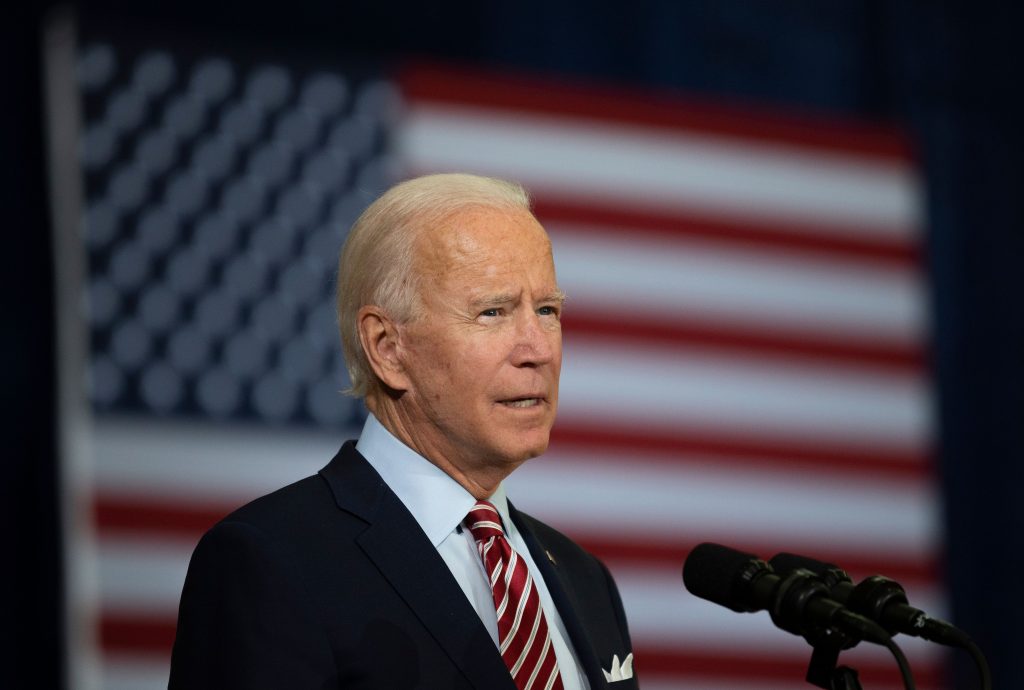