White House press aides are claiming President Donald Trump’s budget contains trillions in “deficit reduction,” when it actually calls for larger deficits for the next several years and would add $7 trillion to the national debt over 10 years.

Let’s start with what the president actually proposed. Page 117 of the White House budget released Feb. 12 contains the “Budget Totals” summary, including the proposed annual deficits (which we have highlighted). It shows a deficit growing from $665 billion last fiscal year to $873 billion in the current fiscal year (which began Oct. 1), and from there to $984 billion next fiscal year, and $987 billion the year after. It shows a total of just under $7.1 trillion in cumulative annual deficits over 10 years.

Many news accounts focused on that red ink. The New York Times said the Trump budget’s “ballooning federal deficit … illustrates how far Republicans have strayed from their longtime embrace of balanced budgets.” The Los Angeles Times said the budget “forecasts a decade of mounting debt.” The Washington Post said the budget acknowledged that Trump’s tax cut and his spending increases “are putting severe pressure on the government’s debt.”

Sanders and Shah were referring to a collection of proposed “major savings and reforms” that are part of Trump’s proposed budget, including proposed cuts in food-stamp benefits and cuts in “wasteful spending” under Medicare. The Office of Management and Budget projects that these would — if enacted — reduce federal spending by $3.6 trillion over 10 years, below what would occur under current law. Budget Director Mick Mulvaney, briefing reporters Feb. 12, said this was “the second largest proposed reduction in spending ever, second only to last year’s budget.”

It’s true that if those proposed “savings” are not enacted, future deficits would be even larger than projected in the Trump budget document. But it’s misleading — if not downright dishonest — to speak of “deficit reduction” in a budget that calls for growing deficits for years before any reduction occurs. Under the Trump budget, deficits wouldn’t fall below last year’s level until 2025.

And make no mistake, that’s an optimistic view. Other budget experts predict much larger shortfalls. The bipartisan Committee for a Responsible Federal Budget estimated Feb. 9 that the deficit for fiscal year 2019 would hit nearly $1.2 trillion as a result of the Trump tax cut and the Bipartisan Budget Act that Trump signed that day, ending a brief government shutdown.

The Trump budget projects annual deficits won’t quite hit $1 trillion, and will begin declining in fiscal year 2021. That is, if economic growth picks up and hits 3 percent or better for the next seven years, as the budget assumes, and if all of Trump’s “savings and reforms” are enacted.

False
Trump’s “budget reduced the deficit by $3 trillion, which is one of the largest in history.”
Sarah Sanders
White House Press Secretary
https://www.whitehouse.gov/ Wed Feb 14 , 2018
Amazon (AMZN) has beat out yet another company in its relentless climb to the position of “world’s most valuable company.”  The e-commerce behemoth’s stock price grew 2.5 percent Wednesday, closing at $1,451.05 a share. That increase brings Amazon’s market capitalization to $702.5 billion, making it the third-most valuable company in […] 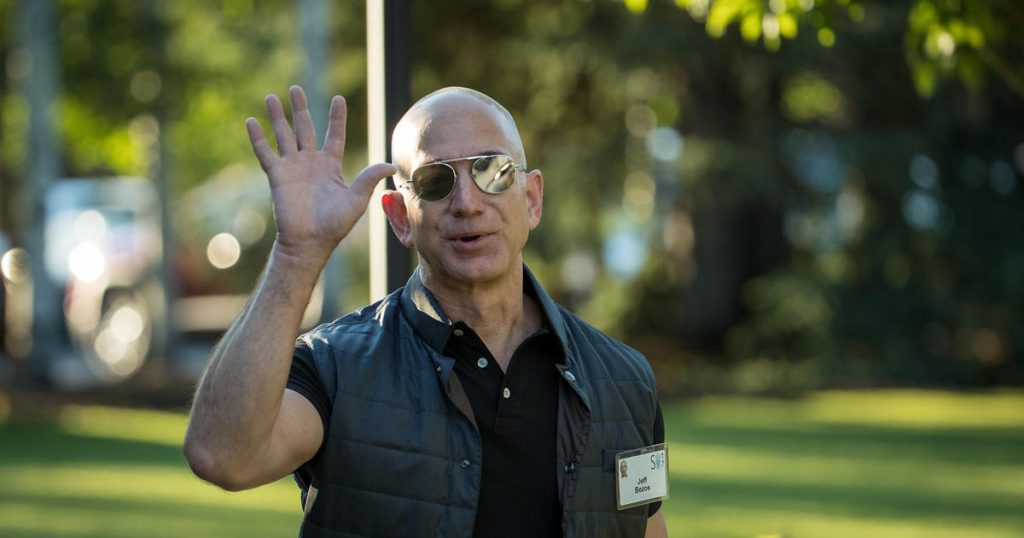