WASHINGTON (Reuters) – U.S. President Donald Trump called on the Federal Reserve to push down interest rates into negative territory, a move reluctantly used by other world central banks to battle weak economic growth as it punishes savers and banks’ earnings in the process.

Trump, in a pair of Twitter posts, said that would save the government money on its debt. He did not address the risks or financial market tensions that central banks in Europe and Japan confront as a result of their negative rate policy, or the larger issue that negative rates have not done much to boost growth or raise inflation as intended.

“We have the great currency, power, and balance sheet… The USA should always be paying the … lowest rate. No Inflation!” Trump tweeted.

“It is only the naïveté of (Fed Chairman) Jay Powell and the Federal Reserve that doesn’t allow us to do what other countries are already doing,” added Trump, who has repeatedly noted that rates are negative in Germany, Europe’s trading powerhouse.

The Republican president has long called for lower interest rates and blasted Powell and the Fed for not quickly and drastically cutting them, which he sees as necessary to boost U.S. economic growth as he eyes re-election next year.

Last month, however, Trump told reporters at the White House that he did not want to see negative rates in the United States.

On Friday, Powell said the Fed would act appropriately to help maintain the U.S. economic expansion and that political factors played no role in the central bank’s decision-making process.

Representatives for the White House did not immediately respond to a request for comment on Trump’s tweets.

The Washington Post, citing public filings and financial experts, reported last month that Trump, a real estate developer, could also personally save millions of dollars a year in interest if the Fed lowers rates, given the outstanding loans on his hotels and resorts.

Trump also kept up his attack on Powell and the Fed in his tweets on Wednesday: “A once in a lifetime opportunity that we are missing because of ‘Boneheads.’”

Despite Trump’s name-calling, U.S. Treasury Secretary Steve Mnuchin told reporters at the White House on Monday he expected Powell’s job was safe, in the wake of months of speculation the president could seek to oust him.

Wed Sep 11 , 2019
To mark the 18th anniversary of the September 11 attacks, former high school students who sat in classrooms just three blocks from the Twin Towers are sharing the stories of what they saw that day.  An HBO documentary that premieres Wednesday night, “In the Shadow of the Towers: Stuyvesant High […] 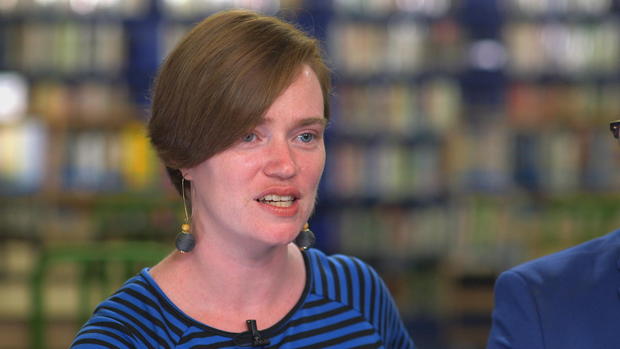