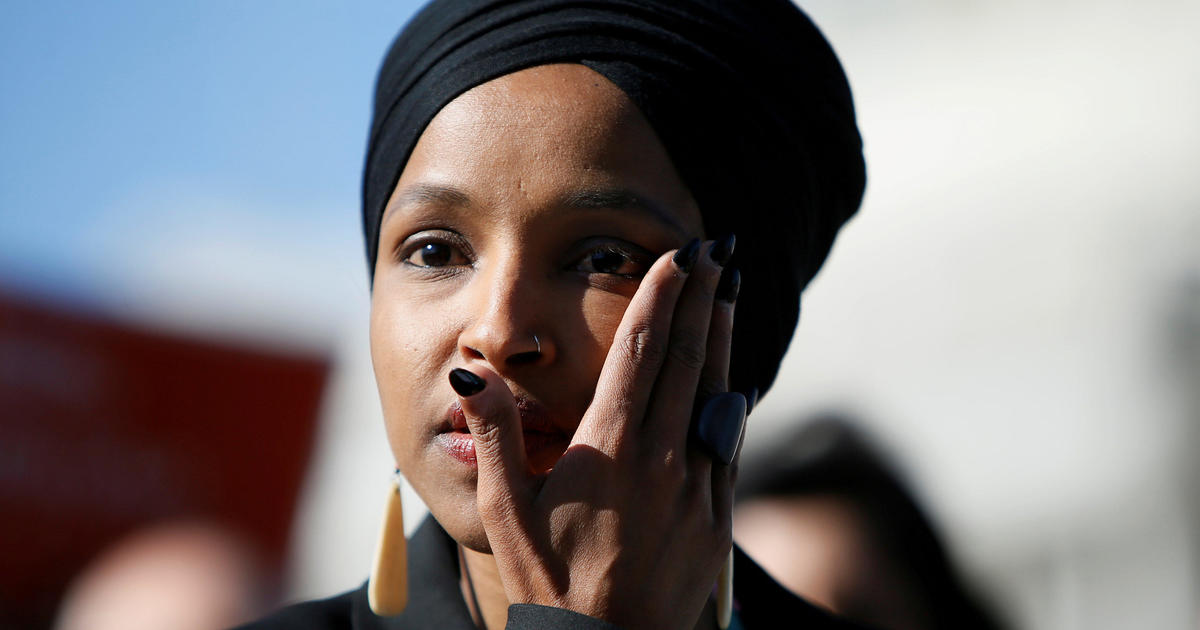 Several 2020 Democratic hopefuls and other prominent Democrats criticized President Trump after he tweeted a video showing part of Rep. Ilhan Omar’s recent comments about the Sept. 11 terrorist attacks and television of the terrorist attacks. Several prominent conservatives and the New York Post have been using a partial quote from comments Omar made last month to accuse her of downplaying the terrorist attack.

Mr. Trump tweeted on Friday that “WE WILL NEVER FORGET!” along with the video, which is of unknown origin. The video featured the Minnesota Democrat saying “CAIR was founded after 9/11 because they recognized some people did something” and then footage from the news, including CBS News and “60 Minutes,” of the Sept. 11 terrorist attacks. It repeats “some people did something” throughout and then ends with the words “September 11, 2001 We Remember.”

Mr. Trump later pinned it to the top of his profile.

Shortly after Mr. Trump’s tweet, Sen. Elizabeth Warren responded by tweeting “The President is inciting violence against a sitting Congresswoman—and an entire group of Americans based on their religion. It’s disgusting. It’s shameful. And any elected leader who refuses to condemn it shares responsibility for it.”

Sen. Bernie Sanders tweeted “Ilhan Omar is a leader with strength and courage. She won’t back down to Trump’s racism and hate, and neither will we. The disgusting and dangerous attacks against her must end.”

Other prominent Democrats, including fellow 2020 Democratic hopefuls Jay Inslee and Julian Castro, also criticized Mr. Trump. Former U.S. Rep. Beto O’Rourke did not mention Omar by name but tweeted “we are stronger than this president’s hatred and Islamophobia.” South Bend Mayor Pete Buttigieg, who is a veteran, tweeted a thread that said “today the president made America smaller” and “the threats against the life of @IlhanMN make clear what is at stake if we fail to to do this, and to beat back hate in all all its forms.”

On March 23, Omar, who is Somali-American and wears a hijab, said at a Council on American-Islamic Relations (CAIR) banquet that the organization was formed after the Sept. 11 terrorist attacks to protect civil rights. “Far too long we have lived with the discomfort of being a second-class citizen, and frankly, I’m tired of it, and every single Muslim in this country should be tired of it,” Omar said at the event. “CAIR was founded after 9/11 because they recognized that some people did something and that all of us were starting to lose access to our civil liberties.”

The part of the quote “some people did something” has resurfaced this week, particularly among conservatives. Texas Republican U.S. Rep. Dan Crenshaw tweeted a 19-second clip of her comments, calling them “unbelievable.” After Omar responded that it was a “dangerous incitement, given the death threats I face,” Crenshaw tweeted he did not “incite violence against” her. “You described an act of terrorism on American soil that killed thousands of innocent lives as ‘some people did something,'” he also wrote.

The clip was also played on conservative media. On “Fox & Friends” on Wednesday, host Brian Kilmeade said, “you have to wonder if she is an American first.”

“As a Muslim-American, you should be more outraged because they sullied your religion,” Kilmeade said of Omar during his morning broadcast. “In the name of religion they killed Americans and still do it on a daily basis.”

After being criticized, Kilmeade tweeted that he “didn’t intend to question” if Omar is an American. “I am questioning how any American, let alone a United States Congresswoman, could downplay the 9/11 attacks,” Kilmeade wrote.

And Thursday’s cover of the New York Post featured a partial quote from Omar, “some people did something” on Sept. 11 and showed a photo of the Twin Towers after the planes hit. The main headline read: “Here’s your something … 2,977 people dead by terrorism.”

Some Democrats on Capitol Hill have also been defending Omar, including U.S. Rep. Alexandria Ocasico-Cortez, who tweeted on Friday that “members of Congress have a duty to respond to the President’s explicit attack today” and Omar’s life is in danger. She included a photo of the poem “First they came” from the U.S. Holocaust Museum.

A New York man was arrested earlier this month calling Omar’s Capitol Hill office and saying, “Do you work for the Muslim Brotherhood? Why are you working for her, she’s a (expletive) terrorist. I’ll put a bullet in her (expletive) skull,” according to the criminal complaint.

And in March, a West Virginia GOP event featured an anti-Muslim poster of Omar linking her to the Sept. 11 terrorist attacks. The poster included a picture of planes flying into the World Trade Center with the phrase, “never forget, you said,” and then under it, a picture of Omar with the words, “I am proof you have forgotten.”

Omar tweeted about the poster: “No wonder why I am on the ‘Hitlist’ of a domestic terrorist and ‘Assassinate Ilhan Omar’ is written on my local gas stations.”

Omar, who was elected in November, has become one of the most high-profile lightning rods in Congress. She apologized after comments she made about Israel and Israeli lobbyists AIPAC were considered by some to be anti-Semitic. She said on “The Late Show with Stephen Colbert” on Wednesday she is still “learning” about the weight of some comments.

“As I’ve said to my constituents and my colleagues, when you tell me that you are pained by something I say, I will always listen and I will acknowledge your pain,” Omar said.

In March, Fox News host Jeanine Pirro questioned whether Omar’s wearing a hijab indicated her adherence to Sharia law and alleged that it violated the Constitution. Fox News issued a statement saying it “strongly condemned” Pirro’s remarks and her show did not air for two weeks.

Court rules "Remain in Mexico" policy can proceed for now

Sat Apr 13 , 2019
San Diego — A federal appeals court put a judge’s order on hold Friday shortly before it would have stopped the Trump administration from forcing asylum seekers to wait in Mexico while their cases move through U.S. courts. The 9th U.S. Circuit Court of Appeals temporarily blocked the lower court […] 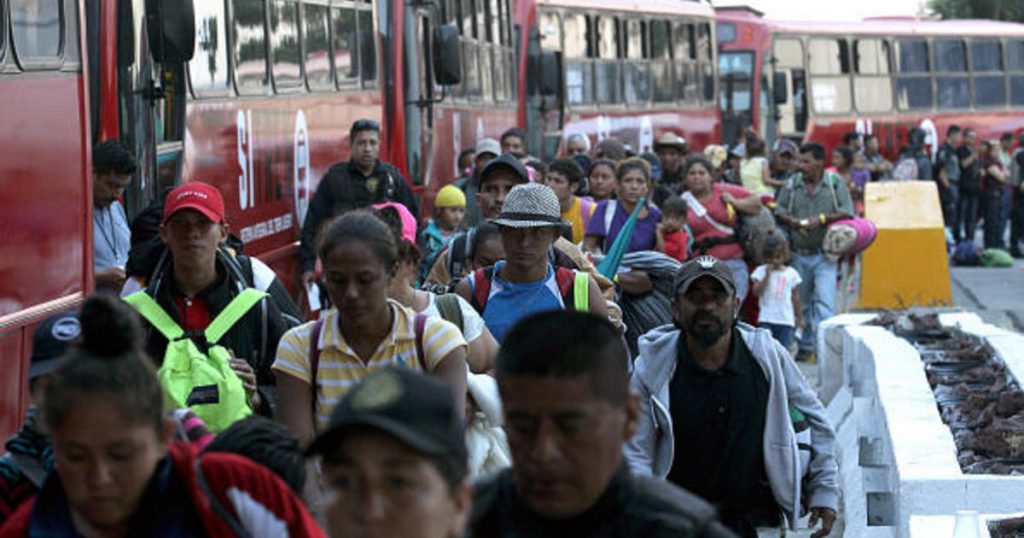