President Donald Trump said Tuesday he has told his administration’s negotiators to end coronavirus stimulus talks with Democrats until after the Nov. 3 election.

The declaration halts an ongoing push to send trillions of dollars more in relief to Americans as the outbreak rampages through the U.S. and the economy struggles to recover from virus-related shutdowns. Treasury Secretary Steven Mnuchin and House Speaker Nancy Pelosi spoke for an hour about a relief package on Monday and planned to talk about a possible agreement again Tuesday. Trump had only three days ago urged the sides to complete a deal after taking no direct role in the talks for months.

“I have instructed my representatives to stop negotiating until after the election when, immediately after I win, we will pass a major Stimulus Bill that focuses on hardworking Americans and Small Business,” Trump tweeted on Tuesday.

Pelosi and Mnuchin spoke Tuesday afternoon and the Treasury secretary confirmed that Trump pulled out of the talks, the speaker’s spokesman Drew Hammill said in a tweet. Pelosi “expressed her disappointment in the President’s decision,” Hammill wrote.

In a statement responding to Trump’s tweets, Pelosi said Trump “showed his true colors: putting himself first at the expense of the country, with the full complicity of the GOP Members of Congress.” She added that “walking away from coronavirus talks demonstrates that President Trump is unwilling to crush the virus.”

President Donald Trump during a news conference in the White House on September 27, 2020 in Washington, DC.

Investors punished stocks in response to Trump’s tweets. The Dow Jones Industrial Average fell by more than 300 points, about 1.1%, in the minutes following the announcement.

Though talks had made little progress for months, traders had grown more hopeful that the sides could reach a deal before the election as many individuals and businesses struggle during the ongoing outbreak.

Congress has failed to deliver new relief money to individuals for months as millions of Americans left jobless by the pandemic struggle to pay for food, rent and other costs of living. Lifelines that sustained the economy throughout the early stages of the pandemic, including the $600 per week unemployment benefit and the window to apply for Paycheck Protection Program small business loans, lapsed weeks ago.

In his tweets Tuesday, Trump appeared to argue the U.S. economy does not need any more stimulus. He wrote that “we are leading the World in Economic Recovery, and THE BEST IS YET TO COME!”

While the U.S. quickly regained many of the jobs lost earlier this year, a weaker than expected nonfarm payroll gain of 661,000 in September fueled more concerns about the U.S. economic recovery slowing. The unemployment rate came in at 7.9%, still significantly higher than before the pandemic hit.

Trump’s push to stop negotiations came only hours after Federal Reserve Chair Jerome Powell urged Congress to approve more fiscal stimulus. He said a lack of sustained support from the federal government could “lead to a weak recovery, creating unnecessary hardship for households and businesses.”

The president decided to pull away from negotiations only weeks before an election in which his struggle to contain the virus outbreak and curb the economic damage from it have harmed his chances of winning a second term in the White House. While Congress faced an uphill path to passing aid before the election, the president’s decision to suddenly call off active talks shocked political and business observers alike.

“Nobody gets it,” a senior Wall Street executive who declined to be named told CNBC of the decision.

“With literally millions of people facing hunger and evictions, and with job growth downshifting, this is no time for the president to stop negotiating,” he said. “His lack of leadership throughout the process has been and continues to be a huge stumbling block.”

Democrats and the Trump administration had struggled to agree on what provisions a fifth aid package would include and how much the proposal would cost. Democrats passed a $2.2 trillion relief bill last week, while Republicans had offered a $1.6 trillion package.

Democratic leaders repeatedly argued the GOP did not recognize the gravity of the crisis. Republicans, who grew wary of spending federal money, insisted Democrats proposed an unnecessarily expensive plan that embraced liberal priorities unrelated to the pandemic.

The sides appeared to have agreed on a range of relief provisions, including another $1,200 direct payments to most Americans, funds for a second round of small business loans, money for schools and $25 billion to help cover airline payrolls as companies plan tens of thousands of furloughs. But the GOP and Democrats failed to overcome fundamental disputes about several other issues.

Democrats most recently proposed $436 billion in relief for state and local governments, while Mnuchin offered $250 billion in aid. Pelosi pushed to reinstate the $600 per week jobless benefit until January, but the White House had proposed $400 weekly. Republicans also wanted liability protections for businesses and schools, which Democrats oppose.

In his tweets, Trump claimed the proposed state and municipal aid is a “bailout” of Democratic-run states that is “in no way related to COVID-19.” The bipartisan National Governors Association has pushed for at least $500 billion more in federal relief as governments consider cuts to education and essential services while they face increased costs and lower revenue during the pandemic.

The president also said Pelosi “is not negotiating in good faith” after the White House made its $1.6 trillion offer.

Polls have consistently found voters want Congress to pass more aid ahead of the election. A new CNBC/Change Research poll released Tuesday asked likely voters whether one of two statements came closer to their views: “The economy is struggling and we need more financial relief from Washington,” or “The economy is recovering and we do not need any more financial relief from Washington.”

Nationally, 66% of respondents said the country needs more aid, while 34% answered that it does not need more assistance. In six swing states — Arizona, Florida, Michigan, North Carolina, Pennsylvania and Wisconsin — 63% of likely voters said America needs more financial relief from the federal government, while 37% said it does not. 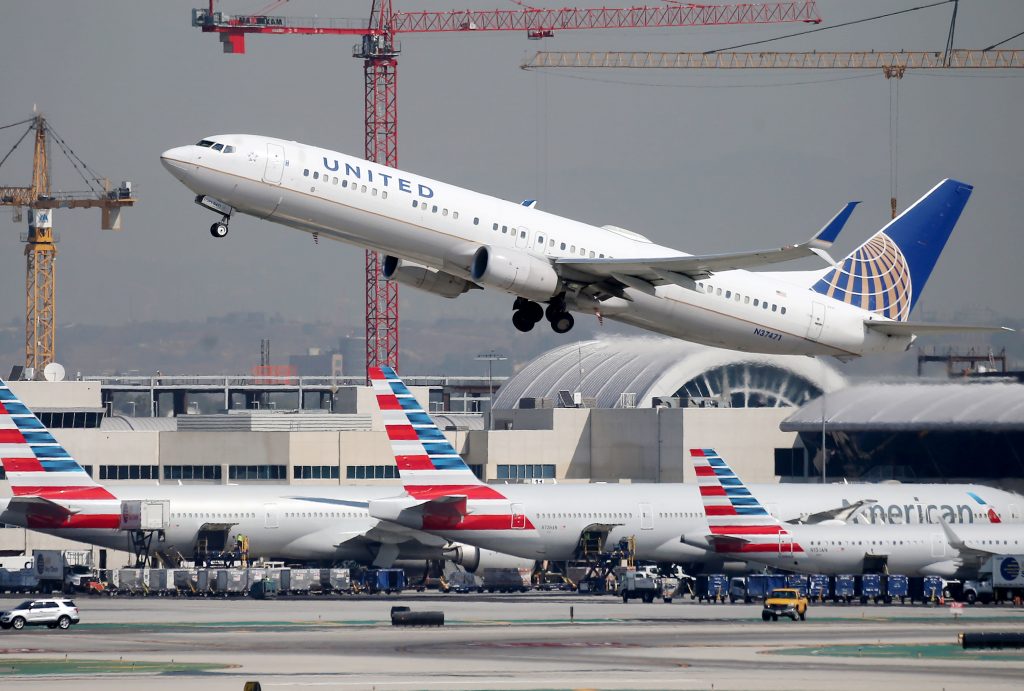