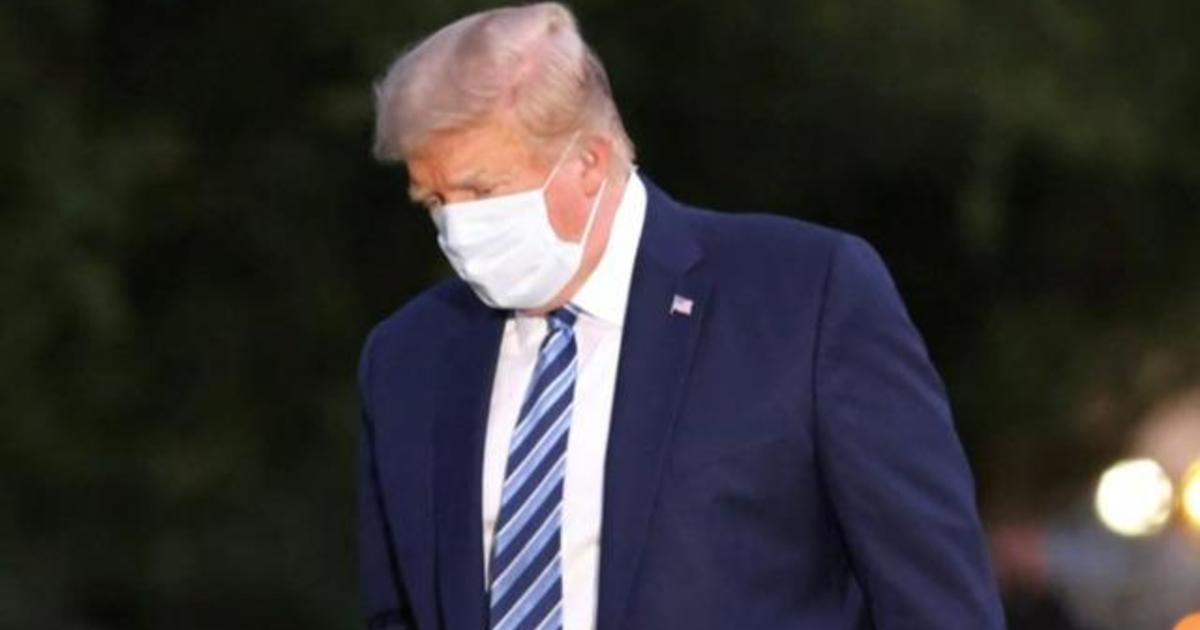 President Trump said Friday that he plans to donate plasma after battling COVID-19. During his first on-camera interview since being diagnosed with coronavirus last week, the president also said that he is “medication-free” but that he doesn’t know the results of his most recent coronavirus test.

About donating plasma, he said “I will. Nobody’s asked me that question, actually, but I will. If that’s, if they want me to do it, I’d love to do it,” the commander-in-chief told Fox News during a remote interview from the White House.

In convalescent plasma therapy, doctors collect plasma from donors who have recovered from COVID-19 and give it to patients who are still fighting to survive. It has been used across the country as a treatment for COVID-19 after the Food and Drug Administration approved its use in August.

FDA Commissioner Dr. Stephen Hahn said in August that early trials indicated a 35% better chance of survival when convalescent plasma is used in “optimal patients.” Potential donors must have previously tested positive for COVID-19 and have since recovered, having had no symptoms for at least two weeks.

During the “tele-visit” with Dr. Marc Siegel, Mr. Trump also said that he is not currently taking any medication.

The president revealed that when he checked into Walter Reed Medical Center, he “didn’t feel vert strong” and “didn’t feel like the president of the U.S. should feel.” He said that he had congestion in his lungs during his hospital stay, but added that, “with each day, it got better.”

He said he didn’t have difficulty breathing — despite that he was put on supplemental oxygen.

During the interview, Mr. Trump also addressed the criticism he faced for briefly leaving Walter Reed on Sunday to wave to supporters who gathered outside the hospital, saying he was “very glad” he did it. He said his Secret Service members were “very protected.”

“After two days, I said, ‘You know, I want to go out and say hello to the people,'” he said. “And I went to Secret Service. And these are the people that are with me all the time. And they said, ‘We have no problem, sir.’ I said, ‘I just want to take a drive by them and just wave.'”

“It was a great display of love out there,” Mr. Trump said. “I don’t think there was one negative person, and there were many, many, many people.”

The president left Walter Reed on Monday after a three-night stay, returning to the White House. He said Regeneron’s experimental antibody cocktail made a “tremendous difference” in his recovery.

On Thursday, White House physician Dr. Sean Conley said the president completed his treatment for COVID-19, clearing him to return to his public duties. Mr. Trump is scheduled to hold his first public event on Saturday, speaking from the South Lawn balcony on Saturday about “law and order,” in what the White House is calling a “peaceful protest” expected to draw hundreds of people.

The president plans to resume campaign travel this week. He tweeted that he’ll be in Sanford, Florida, for a “very BIG RALLY” on Monday.

Sat Oct 10 , 2020
A Richmond center has 49 cases while a Roanoke center has 62. October 10, 2020, 3:53 PM • 4 min read Share to Facebook Share to Twitter Email this article Dozens of COVID-19 cases have been reported at two veterans care centers in Virginia. The Sitter & Barfoot Veterans Care […]