President Donald Trump on Friday said he will call the Swedish prime minister “to see what we can do about” rapper A$AP Rocky, who is incarcerated in Sweden.

The president said he decided to make that call to Prime Minister Stefan Lofven following a conversation with hip hop star Kanye West.

“I will be calling the very talented Prime Minister of Sweden to see what we can do about helping A$AP Rocky. So many people would like to see this quickly resolved!” Trump tweeted.

A$AP Rocky, whose real name is Rakim Mayers, has been detained in Sweden since early July. He is accused of assaulting a man in Stockholm.

The New York Times, citing an unnamed source familiar with the situation, reported that West asked his wife, Kim Kardashian West, to ask Trump’s senior advisor and son-in-law Jared Kushner to help A$AP Rocky’s cause. Kushner raised the issue with Trump, who directed Secretary of State Mike Pompeo to work with Swedish authorities to ensure the rapper’s conditions were fair, the Times reported.

Trump and West have spoken highly of each other since the early days of the Trump presidency. In December 2016, Kanye visited the then-president elect at Trump Tower in New York City. “We’ve been friends for a long time,” Trump told reporters.

In April 2018, West tweeted, “You don’t have to agree with trump but the mob can’t make me not love him. We are both dragon energy. “

Fri Jul 19 , 2019
A baby alligator has been found far from the tropics in the parking lot of a grocery store near Pittsburgh. It’s the fourth alligator discovered around the city since May. Shaler Township Police Lt. Dave Banko tells the Tribune Review an employee found the 2-foot-long creature Friday morning near a […] 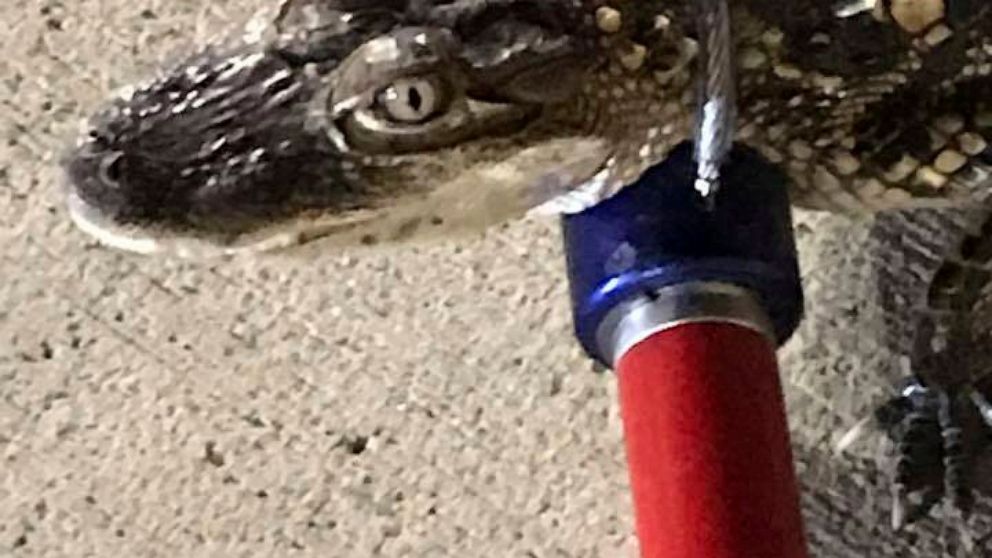