President Donald Trump said in a press conference Wednesday that he hopes to work together with Congressional Democrats on issues ranging from infrastructure to drug pricing.

“Hopefully we can all work together next year to continue delivering for the American people, including on economic growth, infrastructure, trade, lowering the cost of prescription drugs,” Trump said.

The president’s comments come on the heels of the 2018 midterm elections, which saw the Democrats take back the House of Representatives; Republicans maintained their majority in the Senate.

“The Democrats will come to us with a plan for infrastructure, a plan for healthcare, a plan for whatever they’re looking at and we’ll negotiate,” the president added.

Infrastructure could be one of a few areas of partnership between Democrats and Republicans, with members of both parties calling for improvements to the country’s aging bridges, roads and airports. Ever since Trump announced his bid for the White House, he has lambasted what he’s categorized as “horrible infrastructure problems” throughout the United States.

Industrials and materials stock rallied earlier in the day after U.S. Senate Majority Leader Mitch McConnell (R-KY) said he could see teamwork between the parties.

“The one issue that Leader Pelosi and I discussed this morning, where there could be a possible bipartisan agreement, would be something on infrastructure,” McConnell told reporters.

“Since his earliest days as a candidate, Trump, a world traveler, cited the deplorable condition of the U.S. infrastructure compared to nations around the world,” wrote Tom Block, Washington policy strategist at Fundstrat Global Advisors. “From airports to bridges, the U.S. has one of the world’s oldest infrastructures, and public works programs like this have always been a central principle of Democratic policy.”

Voters in GOP-led states give themselves a raise

Wed Nov 7 , 2018
Voters in two Republican-led states gave themselves a raise on Election Day, approving ballot measures in Tuesday’s midterm elections that will boost pay for about 1 million workers.  Missouri voters approved a measure to gradually boost the state’s minimum wage from its current $7.85 per hour to $12 an hour […] 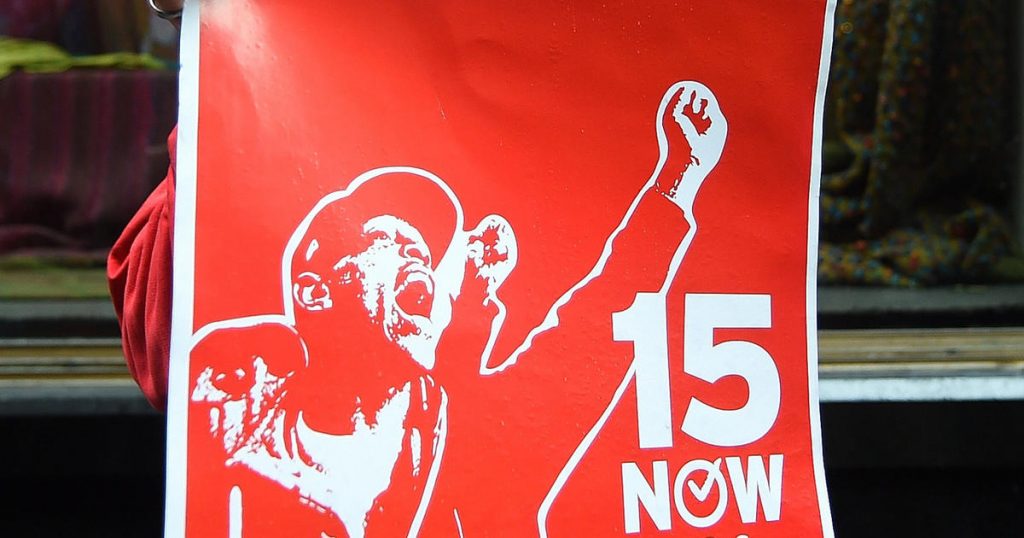