President Trump said Thursday that he is considering 15 candidates to replace John Bolton as national security adviser, the day after he told reporters that there were only five contenders for the position. Mr. Trump will announce his pick sometime next week, he said Wednesday.

“A lot of people want the job. It’s a great job. It’s a lot of fun to work with Donald Trump. It’s easy because I make all the decisions,” Mr. Trump said of the 15 people he said were under consideration.

On Wednesday, Mr. Trump had said, “I have five people that want it very much.” He called the candidates “good people I’ve gotten to know” during his tenure. The president added that he would “be announcing somebody next week.”

Mr. Trump announced over Twitter Tuesday that he had “informed John Bolton” that “his services are no longer needed” and that he had asked for Bolton’s resignation.

Mr. Trump reiterated that he had disagreed with Bolton on several issues, including Bolton’s desire to take the “Libyan model” to North Korea.

In 2018, Bolton said on “Face the Nation” that he was “looking at the Libya model of 2003, 2004” as a model for a nuclear deal with North Korea. In 2003, Libya had negotiated sanctions relief from the United States in exchange for renouncing its nascent nuclear program. Eight years later, Libyan leader Muammar Gaddafi was overthrown in a gruesome killing by Western-backed rebels. Mr. Trump considered this remark a “very big” mistake.

“You just take a look at what happened with Gaddafi. That was not a good statement to make,” he said. “And it set us back.” 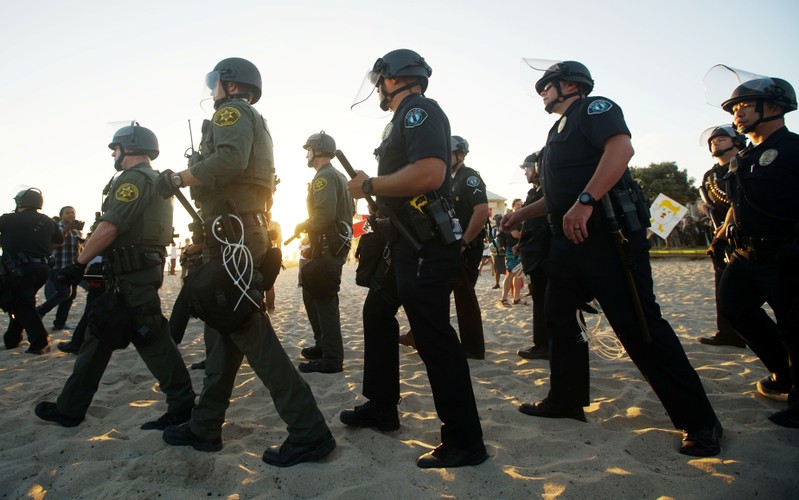