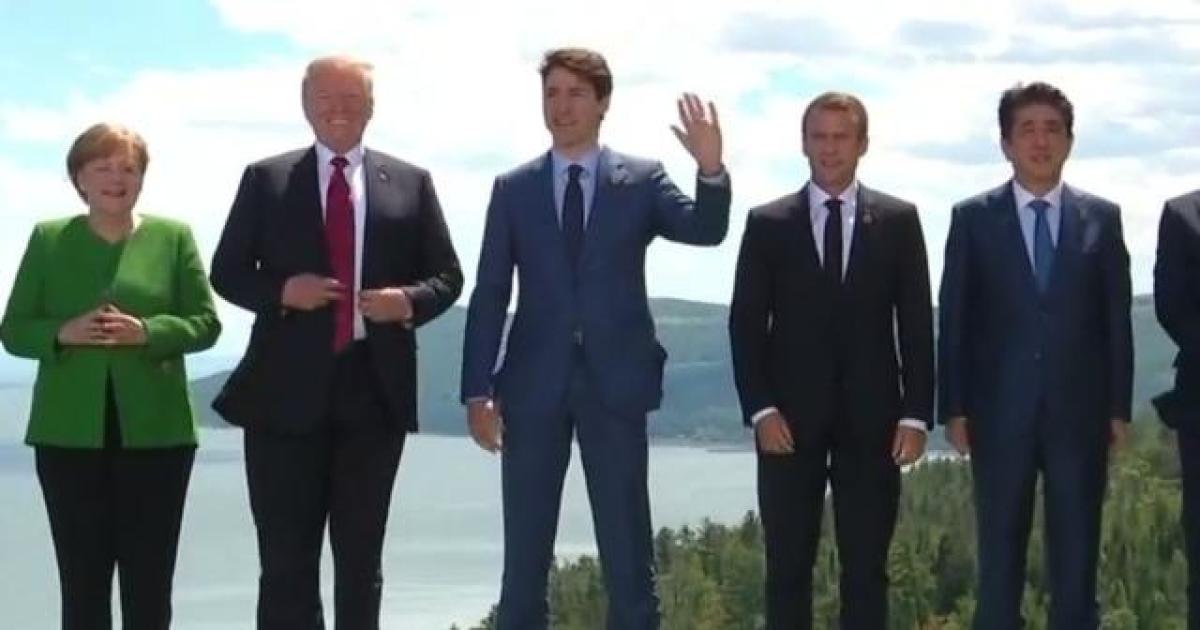 President Trump retracted his endorsement of the final statement from the G7, tweeting afterward he had instructed representatives “not to endorse” it. He blamed Canadian Prime Minister Justin Trudeau’s statement afterward that Canada will not be “pushed around” and will go through will retaliatory tariffs.

Trudeau, who has been sparring with Mr. Trump on trade in recent days, announced at the conclusion of the G-7 summit in Canada that the retaliatory tariffs will go into effect July 1. Trudeau said he told Mr. Trump “it would be with regret but it would be with absolute clarity and firmness that we move forward with retaliatory measures on July 1, applying equivalent tariffs to the ones that the Americans have unjustly applied to us.”

“Canadians, we’re polite, we’re reasonable, but we also will not be pushed around,” Trudeau said.

Mr. Trump responded directly to this statement in a tweet Saturday evening, writing that Trudeau “acted so meek and mild” and then held the press conference afterward criticizing the U.S.

Mr. Trump, who arrived at the summit late, left early Saturday, departing for Singapore for his summit with North Korean leader KimJong Un. Mr. Trump declared tariffs were the most important topic at the G7 summit, blasting ally nations for what he sees as them taking advantage of the U.S. He said other nations have been treating the U.S. like the “piggy back that everybody’s robbing.” Mr. Trump also warned that retaliating against the U.S. tariffs would be a “mistake,” suggesting that the U.S. might just not deal with countries who fail to treat the U.S. at his standards.

Trudeau on Saturday said the U.S., Canada, Britain, France, Germany, Italy and Japan figured out “consensus language” they could all agree to. Trudeau says what the leaders did this weekend was “roll up our sleeves” and figure out language they could agree to on a broad range of issues.

On his way to Singapore Saturday, Mr. Trump tweeted that he thinks fair and reciprocal trade will happen.

“The United States will not allow other countries to impose massive Tariffs and Trade Barriers on its farmers, workers and companies,” Mr. Trump continued. “While sending their product into our country tax free. We have put up with Trade Abuse for many decades — and that is long enough.”

Sat Jun 9 , 2018
Bank of America Merrill Lynch believes the dollar rally isn’t broken, it’s just pausing for a near-term correction. According to the firm’s chief global technical strategist, the charts are suggesting the bullish run is far from over. “What’s exciting about this decline is what it could eventually turn into,” Paul […] 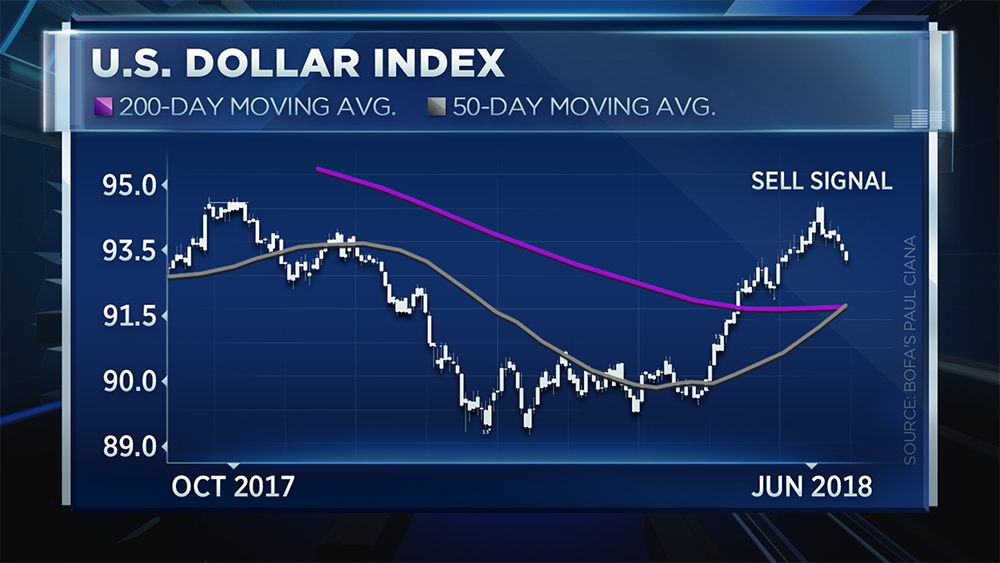