President Donald Trump reported no symptoms of the coronavirus Tuesday following his first night out of the hospital, the White House physician said.

“This morning the President’s team of physicians met with him in the Residence,” Dr. Sean Conley said in a brief, nonspecific memo, the latest report on Trump’s progress battling Covid-19.

“He had a restful first night at home, and today he reports no symptoms,” Conley wrote.

The optimistic update from the White House doctor came less than a day after Trump was discharged from Walter Reed National Military Medical Center, where he had been flown as a precautionary measure after he began experiencing Covid-19 symptoms.

The president had been hospitalized Friday evening, the same day he had announced on Twitter that he and first lady Melania Trump tested positive for the virus.

White House officials said at the time that the president was experiencing “mild symptoms,” and Conley offered a rosy prognosis in a press conference Saturday. But he and other doctors have refused to answer specific questions from reporters about Trump’s health, and some officials have offered conflicting messages.

On Monday afternoon, Trump walked out of Walter Reed on his own, wearing a mask, and flew on Marine One back to the White House.

Upon his arrival, Trump climbed a set of steps to the balcony of the South Portico and removed his mask before saluting the helicopter’s departure. Critics, skeptical of the lack of transparency coming from the administration, noted that the president appeared to be breathing heavily at the time.

He then spoke in a video that was later posted to his social media, telling his followers not to let the coronavirus “dominate you.”

The president has been treated with a combination of drugs, some of which are given to patients suffering from severe symptoms of the coronavirus. They include Gilead’s remdesivir, an experimental antibody cocktail from Regeneron and the steroid dexamethasone.

Trump will continue to be closely monitored by a team of doctors.

Meanwhile, parts of the White House, including the press briefing room, have been deep-cleaned following a slew of people there testing positive for Covid-19.

Tue Oct 6 , 2020
In 2016, ahead of the general election, there were more than 2 million registered Hispanic voters in Florida —15.7% of the total number of registered voters in the state at the time. Since then, the Hispanic population has continued to boom in the state and their influx brings a correlating […] 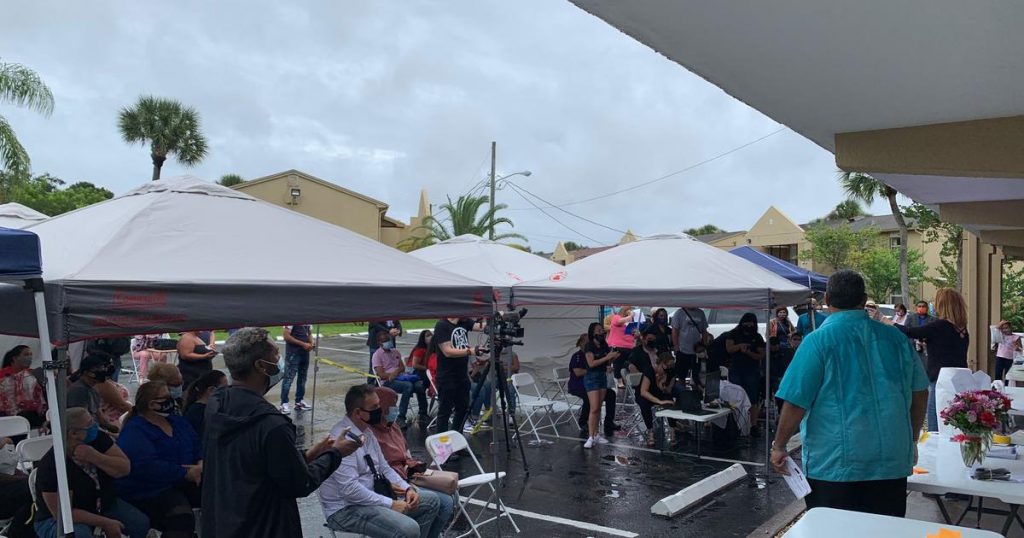