President Trump plans to resume campaign travel on Monday, twelve days after his COVID-19 diagnosis was announced, and he’ll also be addressing an outdoor crowd from the South Lawn balcony of the White House on Saturday.

He tweeted that he’ll be in Sanford, Florida, for a “very BIG RALLY” on Monday.

On Saturday, Mr. Trump is expected to make remarks on “law and order” in conjunction with an event that was already slated to take place with the conservative group Blexit, a White House official confirmed. Trump supporter and activist Candace Owens leads the group.

Mr. Trump had said earlier he planned to hold a Florida rally in Florida — the first day he could be cleared for an event — followed by another in Pennsylvania on Sunday. But it now appears he will remain at the White House through the weekend.

Mr. Trump and his physicians have so far not answered when he last tested negative for COVID-19 and have not said if he’s tested negative again following his treatment. Farah said on Friday that she did not have an answer on whether he has been tested recently or if he is currently negative.

The White House on Thursday released a memo from Mr. Trump’s physician saying that he believed the president will be able to return to “public engagements” as soon as Saturday. Hours after the memo was released, Mr. Trump told Fox News’ Sean Hannity he was thinking of holding a rally on Saturday in Florida.

“I think I’m gonna try doing a rally on Saturday night if we have enough time to put it together — but we wanna do a rally, probably in Florida on Saturday night,” the president said. “We might come back and do one in Pennsylvania the following night, and it’s incredible what’s going on. I feel so good.”

Mr. Trump said he tested positive for COVID-19 on October 1, which would make Saturday the tenth day since his diagnosis. In his interview with Hannity, Mr. Trump refused to say if he had tested negative for COVID-19 since he was diagnosed.

Dr. Sean Conley, the president’s physician, said Mr. Trump had “completed his course of therapy for COVID-19 as prescribed by his team of physicians.” According to previous reports from Conley, Mr. Trump has been treated with an experimental antibody cocktail developed by the company Regeneron; dexamethasone, a powerful steroid recommended for use in severe cases of COVID-19; and supplemental oxygen before he was hospitalized.

“Since returning home, his physical exam has remained stable and devoid of any indications to suggest progression of illness,” Conley said. “Overall he’s responded extremely well to treatment, without evidence on examination of adverse therapeutic effects.”

The Centers for Disease Control recommends that COVID-19 patients stay isolated until at least 10 days since their symptoms first appeared, they have had at least 24 hours with no fever, and all of their other symptoms of COVID-19 have started improving. Conley said on Wednesday that Mr. Trump had been fever-free for 24 hours.

Mr. Trump has been eager to get back on the campaign trail, telling Fox Business’ Maria Bartiromo on Thursday morning that he’d “love to do a rally tonight.”

On Thursday morning, the nonpartisan Commission on Presidential Debates announced the second debate, scheduled for October 15, will be changed to a virtual format due to Mr. Trump’s illness. But Mr. Trump dismissed that idea to Bartiromo, saying a virtual debate is a “joke.”

The Trump campaign issued a statement shortly after Conley’s memo that the debate “must proceed in person.” Several key members of Mr. Trump’s campaign have tested positive for COVID-19, including campaign manager Bill Stepien and former New Jersey Governor Chris Christie, who helped Mr. Trump prepare for the first debate.

Meanwhile, Democratic nominee Joe Biden’s campaign said it was prepared to accept the new format, but would now “find an appropriate place to take questions from voters directly” on the day of the debate. Hours later, ABC News announced it would be conducting a town hall event with Biden on October 15, moderated by George Stephanopoulos. 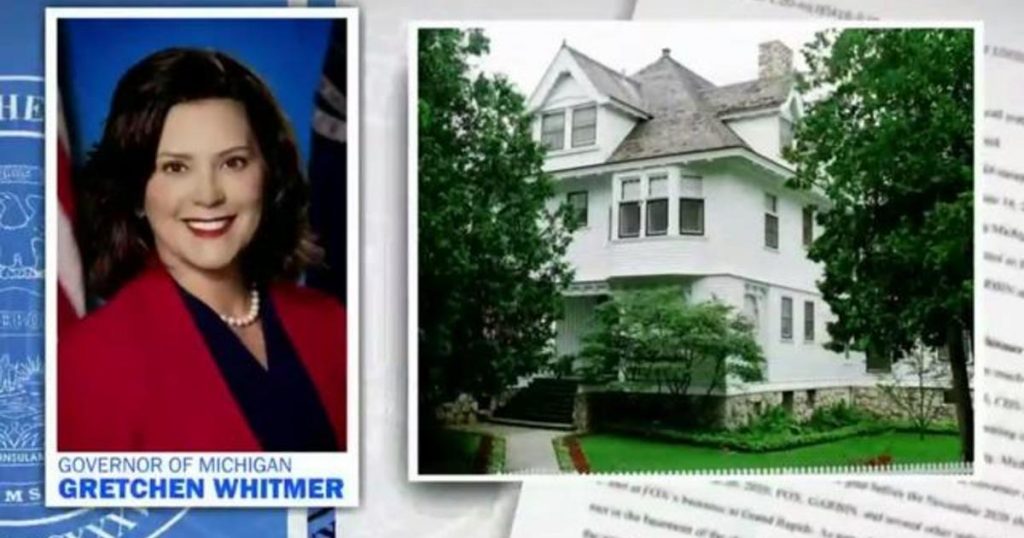