President Donald Trump misleadingly said early in the morning after Election Day that ballot counting in states where he was leading had been “called off,” baselessly suggesting there was something suspicious happening. Similar complaints were posted by his supporters on social media.

But a top election expert told us that it is routine for ballot counting to be suspended late in the evening, to be picked up the following morning. Final vote tabulations do not occur on election night, and official tallies are certified later.

In particular, Trump singled out North Carolina, where he said “all of a sudden everything just stopped.” But the North Carolina State Board of Elections told us the tallying stopped “because there were no more votes to count at that time.” The Tarheel State will accept and count mail-in ballots that arrive by Nov. 12, as long as they are postmarked by Election Day.

The president weighed in on the counting in remarks at the White House shortly before 2:30 a.m.

Trump, Nov. 4: And we were getting ready for a big celebration. We were winning everything and all of a sudden it was just called off.

The president later returned to the theme.

And he specifically cited the halt on counting in North Carolina.

Trump, Nov. 4: North Carolina, a big victory with North Carolina. So we won there. We lead by 76,000 votes with almost nothing left. And all of a sudden everything just stopped.

Social media users took to Facebook, Twitter and Instagram to similarly claim there were states in which Trump was leading that “can’t get the votes counted.”

Is this the 1st presidential election where states stopped counting votes and went home? 🤔

But Richard Hasen, a law and political science professor at the University of California, Irvine and a nationally recognized election law expert, told us there was nothing unusual about stopping the counting as the hour grows late.

“Election officials are working very hard to get counting of ballots done expeditiously in the midst of a pandemic and an historic election,” he told us via email. “Even election workers need to sleep.”

Except in Philadelphia, where election workers stayed up all night.

“We’re doing everything we can to get it done as soon as possible, but we’ll be working 24 hours — through the night — to get it done,” Lisa Deeley, the chairwoman of the Philadelphia City Commissioners, told NPR.

But that is hardly business as usual.

“I had never heard of 24-hour counting until Philadelphia this year,” Hasen said.

For example, Georgia and Nevada stopped counting and picked up Wednesday.

Asked if he had any concerns about the overall pace of the vote count across the nation, Hasen said, “No. I think they are doing the best they can under difficult circumstances.”

This year’s election brings with it a special challenge with the dramatic upsurge in mail-in voting due to the COVID-19 pandemic. More than 100 million people cast early ballots, including 65.3 million mail-in ballots, according to the nonpartisan U.S. Elections Project.

As for Trump’s suggestion that North Carolina was slow-walking the vote count, Patrick Gannon, public information director for the North Carolina State Board of Elections, told us in an email that was hardly the case.

Gannon, Nov. 4: North Carolina stopped counting votes on election night because there were no more votes to count at that time. Now, the county boards of elections across North Carolina will begin the post-election processes of researching provisional ballots (and counting the provisionals cast by eligible voters), as well as accepting and counting absentee ballots that arrive by November 12, provided that they’re postmarked by Election Day.

Regardless of vote differentials, we never stop counting until all eligible votes are counted and added to the final, certified and audited results.

In a Nov. 1 press release, the state board said these votes would be counted election night:

In his frequent attacks on mail-in ballots, Trump has warned that they would make it impossible to know the election results election night. But while news outlets might declare winners at that time, the official verdict is never available quickly. As we have written, it is neither unusual nor untoward for ballots to be counted after Election Day.

The official tally by the state comes later. For example, in North Carolina, county boards of elections will certify their results on Nov. 13. Pennsylvania will be accepting mail-in ballots postmarked by Election Day until Nov. 6. Many states count military ballots well after Election Day.

So despite the president’s impatience, there is nothing sinister about the fact that all the ballots were not counted as quickly as he would like on election night or early the following morning.

The post Trump Misleadingly Claims That Ballot Count Was ‘Called Off’ appeared first on FactCheck.org.

Wed Nov 4 , 2020
Jennifer O’Malley Dillon, Biden’s campaign manager, projected optimism about the former vice president’s chances of winning the White House, telling reporters in a briefing that the campaign believes Biden is “on a clear path to victory,” even as five battleground states are characterized as toss-ups by CBS New and votes […] 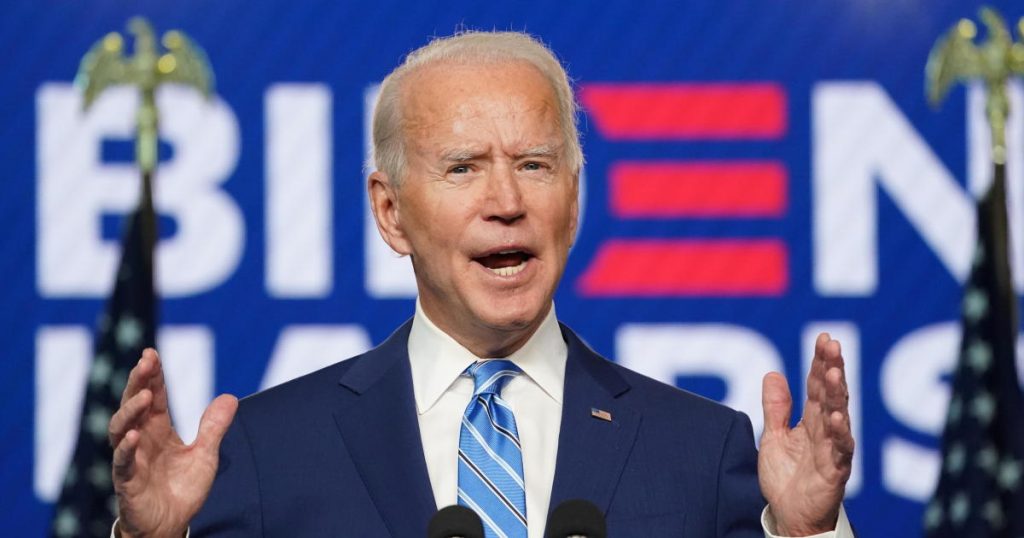