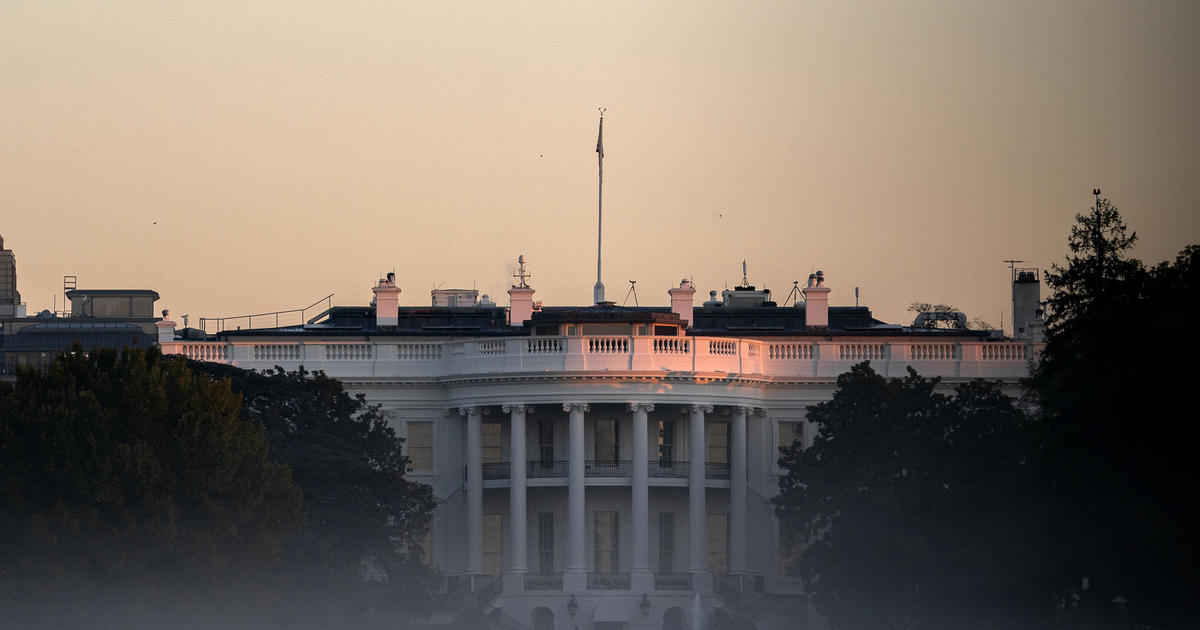 Washington — President Trump has shifted his efforts to keep the White House from the ballot box to the courts, with his campaign filing a barrage of lawsuits in several battleground states as part of his quest to secure the 270 electoral votes he needs to win reelection.

The president’s attorneys have made an attempt to bring the presidential race to the Supreme Court, as Mr. Trump threatened early Wednesday, asking to intervene in an existing case over the mail-in ballot deadline in Pennsylvania. At issue in that dispute is a ruling from the Pennsylvania Supreme Court to allow mail-in ballots postmarked by Election Day and received by Friday to be accepted and counted. A hitch in the president’s plan, however, is if Biden ends up leading in Pennsylvania by more votes than are received between November 4 and November 6.

Pennsylvania officials continue to count the more than 3.1 million mail-in ballots cast, but are segregating those received after Election Day. The state remained a toss-up under CBS News’ estimates as of Thursday, but recent results showed Biden cutting into the president’s lead.

Mr. Trump and the Republican Party have not been shy about attempting to wield the judiciary as a weapon in their battle for the White House, filing dozens of lawsuits in state and federal courts in the run-up to the election that sought to block changes to election rules that made it easier to vote during the coronavirus pandemic.

But the lawsuits in Pennsylvania, Georgia, Nevada and Michigan are the first his campaign has filed either on or directly after Election Day, as Mr. Trump follows through on his previewed strategy of contesting the outcome of the election in the courts with hopes rulings in his favor will catapult him to victory.

Bob Bauer, a Biden campaign adviser, dismissed the lawsuits filed by Trump campaign in a briefing on Thursday, saying they’re an attempt to “disrupt the vote count” and are “doomed to fail.”

In addition to Pennsylvania, CBS News estimates Georgia is a toss-up, and Nevada is likely for Biden. The former vice president, meanwhile, is the projected winner of Michigan and Wisconsin.

Filed in the Michigan Court of Claims, the lawsuit was brought by the Trump campaign and Eric Ostergren, an election “challenger” who allegedly was excluded from watching the absentee ballot review process. Michigan law allows “challengers” to monitor the absentee ballot process and challenge ballots that may not comply with state voting procedures.

The Trump campaign claims that Michigan is not complying with state law, as its absentee voter counting boards are being conducted without inspectors from each party being present. The also allege the state is violating the state constitution and election law by allowing absentee ballots to be processed and counted without letting challengers observe video of ballot boxes where the ballots are placed.

The campaign and Ostergren asked the court to order Michigan Secretary of State Jocelyn Benson to halt the counting and processing of absentee ballots until an election inspector from each party is present at each absentee voter counting board, and until video is made available to election challengers.

In response to the lawsuit, Benson told CBSN that the suit does not have merit and the state is confident in the process of counting all votes. Michigan Attorney General Dana Nessel said “every legally cast ballot will be counted in accordance with the law.”

Following a hearing Thursday afternoon, Judge Cynthia Stephens rejected the Trump campaign’s request for the vote counting to be halted, noting in part that its lawsuit was filed late Wednesday afternoon, at which point vote counting had largely proceeded. The “essence of the count is completed,” she said.

Stephens also said Benson had already issued a directive to ensure compliance with state laws, which included instructions for providing access for poll-watchers.

Together with the Georgia Republican Party, the Trump campaign filed a lawsuit in the Superior Court of Chatham County, Georgia, alleging the proper chain of custody for absentee ballots was not followed.

The Trump campaign and GOP claim it’s unknown whether the absentee ballots were received by the Chatham County Board of Elections before the polls closed on Election Day or whether they were stored in compliance with state law.

The Republicans asked the court to order the Chatham County Board of Elections to collect and store all absentee ballots received after the Election Day deadline and provide an accounting of those ballots.

Following a hearing Thursday morning, Judge James Bass, Jr., dismissed the challenge, saying “the court finds that there is no evidence that the ballots referenced in the petition were received after 7:00 p.m. on election day, thereby making those ballots invalid.” Bass also wrote in a one-page order there is no evidence either the board of elections or the Chatham County Board of Registrars failed to comply with the law.

Georgia still has roughly 60,000 ballots to count, the state said Thursday, and Mr. Trump’s lead over Biden has shrunk to fewer than 15,000 votes.

Mr. Trump and his campaign charged forward with two legal battles in Pennsylvania, a state that is crucial for the president to win if he wants a second term in the White House, in addition to the dispute over the mail-in ballot deadline that ended up before the Supreme Court.

First, the Trump campaign and Republican National Committee filed a lawsuit in state court against Secretary of State Kathy Boockvar and the commonwealth’s 67 county boards of elections, claiming Boockvar violated the state election code by extending the deadline for absentee and mail-in voters to provide missing proof of identification.

The deadline for voters to provide such identification under Pennsylvania’s election code is “the sixth day following the election.” In guidance issued to counties regarding mail-in ballots received after 8 p.m. on Election Day and before 5 p.m. Friday — which are being segregated due to the existing legal challenge — Boockvar said voters have until November 12 to provide proof of identification.

The campaign asked the court to prohibit the counties from giving absentee and mail-in voters the chance to provide missing proof of identification after November 8. They also want the court to prohibit counties from counting absentee and mail-in ballots from voters whose proof of identification wasn’t received and verified by November 9.

Mr. Trump also appealed an order from the Court of Common Pleas for Philadelphia County on Election Day over the closer observation of the canvassing of ballots. A poll-watcher for the Trump campaign at the Philadelphia Convention Center reported he was at least 20 feet from a table where ballots were being handled, making it difficult to see the markings on secrecy envelopes and whether they were completed correctly.

On Thursday, the Trump campaign declared victory in the battle, as a judge for the Commonwealth Court of Pennsylvania issued a one-page order requiring that poll watchers, candidates or candidate representatives be permitted to watch all aspects of the canvassing process within 6 feet. The Philadelphia Board of Elections has appealed to the Pennsylvania Supreme Court.

Mr. Trump currently has the lead in Pennsylvania, leading Biden by 116,224 votes. It’s likely, however, that the state is still receiving mail-in ballots due to the extended deadline to receive and count them.

Mr. Trump has routinely made claims of voter fraud despite little evidence such widespread fraud exists. When given the opportunity by judges in prior lawsuits to present proof that certain situations would lead to fraud, his campaign and the GOP have failed to do so.

Still, the Trump campaign and Nevada Republicans announced they plan to sue in federal court to force election officials in the state to stop counting “improper votes.” As of Thursday afternoon, no lawsuit appears to have been filed.

Biden’s lead over Mr. Trump has widened as the state reports more vote totals, to roughly 11,000.

Balance of power beginning to take shape in Washington

Fri Nov 6 , 2020
Much of the focus has been on the outcome of the presidential race, but down ballot races for Congress are just as important for the balance of power in Washington. Siobhan Hughes, a congressional reporter for the Wall Street Journal, discusses some key races that are still being decided and […] 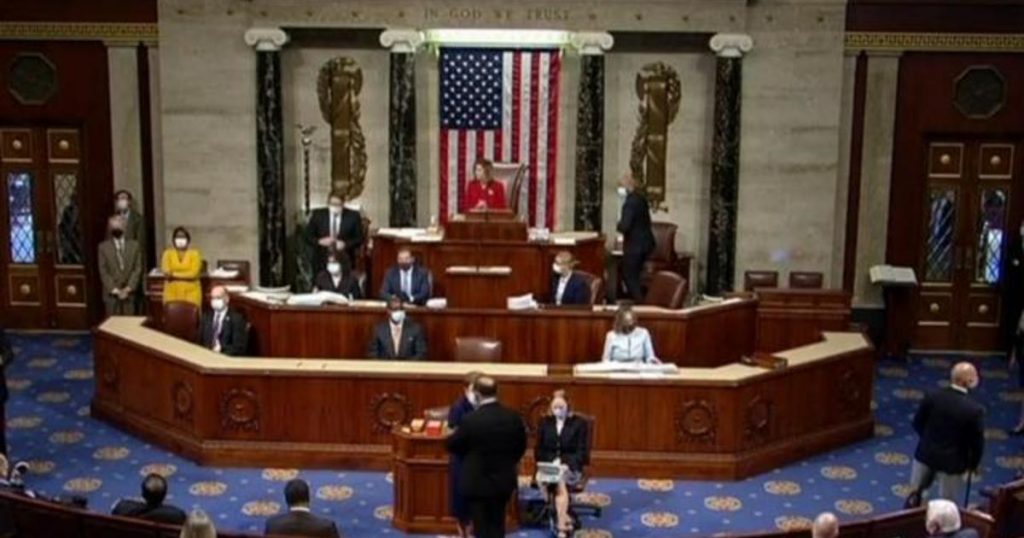