U.S. farmers lost one of their biggest customers this week after China officially cancelled all purchases of U.S. agricultural products, a retaliatory move following President Donald Trump’s pledge to slap 10% tariffs on $300 billion of Chinese imports.

China’s exit piles on to a devastating year for farmers, who have struggled through record flooding and an extreme heat wave that destroyed crop yields, and trade war escalations that have lowered prices and profits this year.

“Trump is ruining our markets. No one is buying our product no more, and we have no markets no more.”

Agriculture exports to China dropped by more than half last year. In 2017, China imported $19.5 billion in agricultural goods, making it the second-largest buyer overall for American farmers. In 2018, that dropped to $9.2 billion as the trade war escalated, according to the United States Department of Agriculture.

This year, China’s agricultural imports from the U.S are down roughly 20%, and U.S. grain, dairy and livestock farmers have seen their revenue evaporate as a result. Over the last 6 years, farm income has dropped 45% from $123.4 billion in 2013 to $63 billion last year, according to the USDA.

Kuylen, who farms roughly 1,500 acres of wheat and sunflowers, lost $70 per acre this year, despite growing good crops. Current government subsidies only cover about $15 per acre, he said.

“There’s no incentive to keep farming, except that I’ve invested everything I have in farming, and it’s hard to walk away,” he said.

“When four to five generations ahead of you have succeeded, and you come along and fail, you don’t see it as not your fault. You snap.”

Zippy Duvall, president of the American Farm Bureau Federation, said China’s exit is a “body blow to thousands of farmers and ranchers who are already struggling to get by.”

China’s exit will most impact U.S. grain farmers. China is the world’s top buyer of American soybeans, buying about 60% of U.S. soybean exports last year. Analysts estimate that soybean prices have dropped 9% since the beginning of the trade war. Soybean exports to China have dropped by 75% from September 2018 to May 2019, compared to the same nine-month period in 2017 and 2018, according to data from the USDA.

“It’s killing us,” said Mark Watne, a wheat and soybean farmer who is president of the North Dakota Farmers Union. Watne said he lost $3 per bushel of soybeans he planted this year. In May, the Trump administration rolled out a $16 billion federal aid package for farmers. On Tuesday, a day after China announced its exit from U.S. agriculture, Trump promised farmers that China’s mounting attacks on the U.S. farm sector won’t hurt them, and promised more aid in 2020 if necessary.

More than 2,300 counties that voted for Trump in 2016 have received money from the bailout program, and counties that flipped from voting for Barack Obama in 2012 to Trump in 2016 were more likely to get money than counties that were red during both elections, according to Environmental Working Group data obtained by the Washington Post.

Some farmers say the billions in bailouts and rounds of subsidies they’ve received thus far have failed to cover enough of their profit losses. Many say they’d rather make a profit in the marketplace than through a government program.

“I’m happy for the $16 billion, but I’d much rather get it from the marketplace,” Watne said. “The reality is I can’t. It’s going to be too little, too late for some farmers.”

“They [the White House] should start thinking about another major bailout,” he added. “Either you let a bunch of farmers go broke or you do another payout.”

Allen Williams, who’s farmed for nearly 50 years in Illinois, said the trade war benefits no one, and that the government subsidies are an unjust expense for taxpayers. Subsidies have covered 8% of his gross receipts this year.

“I’m very grateful to get subsidies, but they won’t result in making a loss into a profit for most grain farms,” he said.

“And I don’t think it’s right for the American taxpayer to subsidize this segment of the economy just because of what I see as a mistake of a trade war,” he added. Farmers are an important voting base for Trump, who is running for reelection next year. While he’s given no indication of backing off in the trade war, struggling farmers appear to remain loyal.

Trump’s overall approval rating is 79% among farmers, according to a Farm Pulse survey taken last month. And a record-high number of farmers, some 78%, said the trade war will ultimately benefit U.S. agriculture, according to a July survey from Purdue Center for Commercial Agriculture. More than 75% of rural farmers voted for Trump in the 2016 election.

Mike Knipper, a grain farmer from Iowa who likes some of Trump’s policies and dislikes others, said that most farmers in his community are Trump supporters who will continue to support him through the trade war.

“It doesn’t matter who is president. People like Trump and will support him, and few will change their ideas,” he said.

“Everyone’s willing to see this through, and those government subsidy checks might help them get by for another year.”

Kulyn, the North Dakota farmer who does not support Trump, said he was frustrated that many in his community were still supporting the president despite trade issues.

“A lot of farmers are in love with Trump. People say the problems have nothing to do with Trump,” he said. “Don’t complain to me how badly you’re doing, and support the person that put you there. It’s terribly frustrating.” 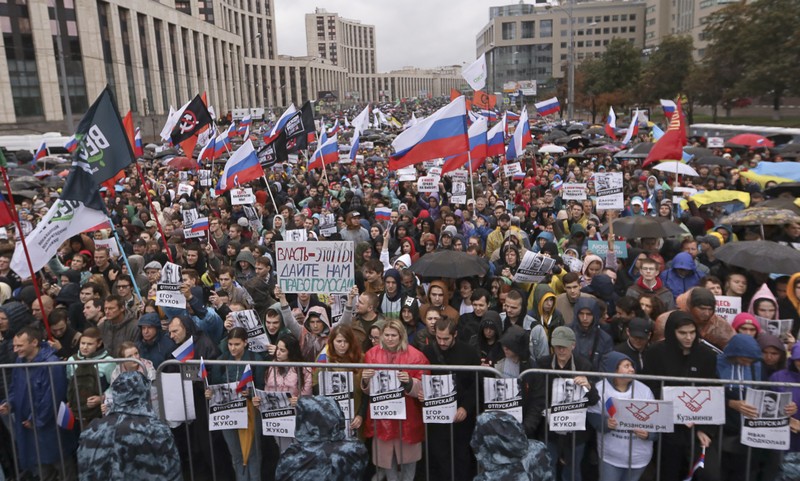