South Korea’s President Moon Jae-in shakes hands with U.S. President Donald Trump at the start of a meeting in the Oval Office at the White House in Washington, U.S., April 11, 2019. REUTERS/Carlos Barria

By Roberta Rampton and Soyoung Kim

Trump and Moon, in the Oval Office, discussed the possibility of Moon having an inter-Korean summit with Kim soon as a way to boost dialogue between the United States and North Korea on denuclearization.

North Korea, which has suspended nuclear tests and missile launches, has been pressing for sanctions relief but has not taken meaningful steps toward dismantling its nuclear weapons program.

Trump and Kim have met twice, in Hanoi in February and Singapore last June, building good will but failing to agree on a deal to lift sanctions in exchange for North Korea abandoning its nuclear and missile programs.

Asked by reporters whether he was prepared to ease some sanctions on North Korea, Trump said he and Moon were discussing “certain humanitarian things” and the possibility of South Korea helping the North with food. He did not rule out participating in a three-way summit with both Kim and Moon.

Of sanctions, he said, “We could always increase them, but I didn’t want to do that at this time.”

Moon said he does not view the summit that collapsed in Hanoi as a failure, but part of a longer “process.” He said he agreed with Trump on the “ultimate goal” of total denuclearization by North Korea.

“The important task that we face right now is to maintain the momentum of dialogue and also express the positive outlook regarding the third U.S.-North Korea summit to the international community, that this will be held in the near future,” Moon said.

A South Korean statement issued after the meeting, which included a working lunch, said Moon told Trump he will push to hold another summit soon with Kim.

“The two presidents agreed that the top-down approach will continue to be indispensable in the peace process on the Korean peninsula. In this regard, President Trump stressed that the door was always open for dialogue with Chairman Kim,” the statement said.

A South Korean official said nothing has been decided about the timing and location of a next inter-Korean summit.

Moon told Trump he will contact the North in earnest to talk about holding an inter-Korean summit soon, the official said. Trump asked Moon to brief him as early as possible on North Korea’s latest thinking.

Ahead of his trip, aides to Moon stressed the need to revive U.S.-North Korea talks. Moon has put his political reputation on the line in encouraging the negotiations.

He has stressed the need to offer North Korea concessions, but Washington appears to have hardened its position against a phased approach sought by Pyongyang in which gradual steps would be rewarded with relief from punishing sanctions.

Trump said he was open to a step-by-step approach but would need to see details.

“There are various smaller deals that maybe could happen. Things could happen. You could work out, step by step, pieces. But at this moment, we’re talking about the big deal. The big deal is we have to get rid of the nuclear weapons,” he said.

On Thursday, North Korean state media said Kim had told a meeting of the ruling Workers’ Party of Korea on Wednesday that he would push forward with efforts to make the economy more self sufficient “so as to deal a telling blow to the hostile forces who go with bloodshot eyes miscalculating that sanctions can bring (North Korea) to its knees.”

Last month, a senior North Korean official warned that Kim might rethink a moratorium on missile launches and nuclear tests in place since 2017 unless Washington makes concessions such as easing sanctions.

On Wednesday, North Korea’s state media said Kim had chaired a politburo meeting on Tuesday to discuss ways to make progress under the “prevailing tense situation.”

Kim and Moon met three times last year and Kim promised to visit South Korea in return for the South Korean leader’s visit to Pyongyang in September. Analysts said a fourth Kim-Moon meeting could encourage another meeting between Kim and Trump.

Moon’s top nuclear envoy Lee Do-hoon said on Friday that sanctions were necessary to deter North Korea from “making bad decisions” but could not solve all unresolved problems. 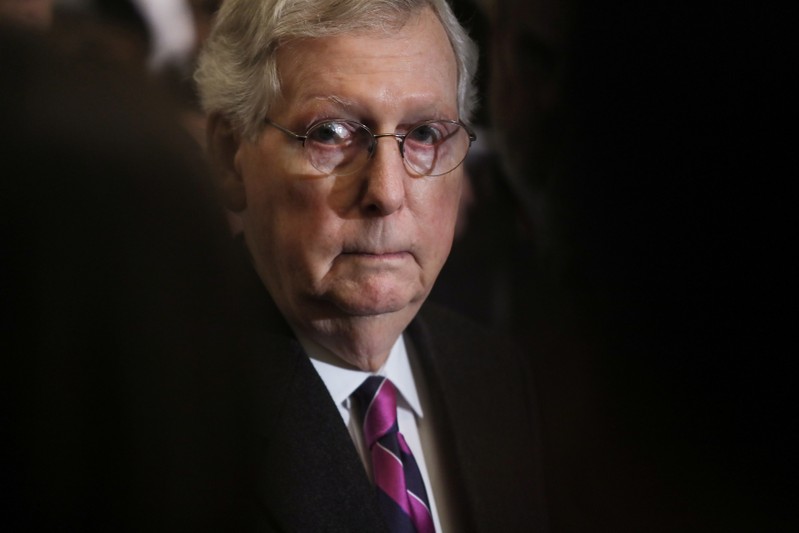