President Donald Trump said Wednesday that he made up some of what he said in a meeting with Canadian Prime Minister Justin Trudeau, The Washington Post reported.

Trump said that, during that meeting, he insisted the U.S. had a trade deficit with Canada without knowing whether that was really the case, according to the Post, which obtained an audio recording of the president’s Wednesday fundraising speech.

Here’s the Post’s transcription of part of the president’s talk:

“Nice guy, good-looking guy, comes in — ‘Donald, we have no trade deficit.’ He’s very proud because everybody else, you know, we’re getting killed.”

As The Washington Post notes, the U.S. Trade Representative office says the country actually has a trade surplus with Canada, an American ally.

Trump has frequently complained about the U.S.’s trade deficits with economies such as the European Union and China. He has also accused those economies of ripping off the U.S. and hurting American workers.

For more on what Trump said during the fundraising speech, see The Washington Post article.

Thu Mar 15 , 2018
article Senate Minority Leader Chuck Schumer made clear almost two weeks ago that he would vote against a bill that eases some of the Dodd-Frank regulations put in place after the 2008 financial crisis. He also made clear he wouldn’t try to stop it. Continue Reading Below As more than […] 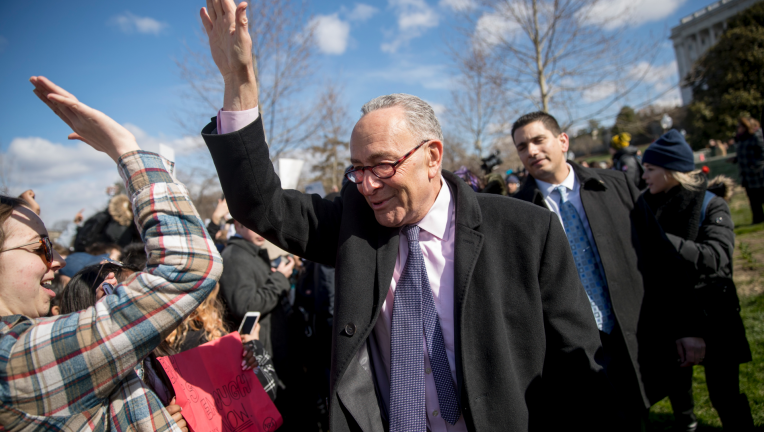