WASHINGTON (Reuters) – President Donald Trump takes his re-election push to Michigan and Wisconsin on Saturday before launching a tour of western states to shore up support as national polls show him trailing his Democratic rival Joe Biden.

Days after recovering from COVID-19 and just two and a half weeks before the Nov. 3 election, Trump is holding rallies around the country to try to secure key battleground states that he won four years ago.

The former New York businessman prevailed in Michigan and Wisconsin in 2016 but surveys show him running behind Biden, the former vice president, in those states this year.

Trump’s advisers have long seen Michigan and Wisconsin, as well as Pennsylvania, as key to his chances of re-election. The president is also playing defense in traditional Republican strongholds, including Arizona, where he plans to campaign on Monday, and Georgia, where he campaigned on Friday night.

Trump lags in opinion polls https://polling.reuters.com and the latest figures from his campaign show he is also trailing in fundraising as the race intensifies. Early voting is shattering records, with more than 23 million Americans having already cast ballots.

Biden, who has stepped up travel in recent weeks after keeping a reduced schedule because of the pandemic, plans to remain in his home state of Delaware on Saturday.

His running mate, Senator Kamala Harris of California, is also eschewing travel for a few days after an aide came down with COVID-19.

U.S. presidential elections are determined by electoral votes, allotted to U.S. states and territories based largely on their populations, rather than a tally of the popular vote nationwide. Candidates must get 270 out of 538 electoral votes to win.

Capturing those votes will come down in part to convincing voters who is best placed to respond to the continuing coronavirus crisis.

Biden has criticized Trump sharply for his response to the pandemic, which has killed more than 217,000 people in the United States alone.

Trump, who usually avoids wearing a mask and whose rallies include thousands of people without social distancing, said again on Friday that the country is turning the corner on the disease, a day after the number of U.S. cases crossed 8 million, rising by 1 million in less than a month.

Biden said on Friday that Trump had been untruthful and negligent in his response to the virus. He has also criticized the Trump administration for seeking to dismantle the Affordable Care Act, also known as Obamacare.

“We’re so much better than this as a country,” he said at a campaign event in Detroit. “Despite the crisis we face, we have an enormous opportunity to build back better.”

Trump has praised his own response and argued that Biden would shut down the U.S. economy needlessly to fight the virus. “We saved millions of lives,” Trump said at a rally in Georgia on Friday. “It’s amazing what we’ve been able to do.”

Trump’s string of campaign stops comes ahead of a critical week next week. The two candidates will face each other in their second and final debate on Thursday.

Biden told reporters on Friday night that he was not engaged in intense debate preparation. “No, I’m just listening to him (Trump),” Biden said.

Sat Oct 17 , 2020
Matt Berninger was working in advertising in Cincinnati when he decided to turn his passion for music into his full-time job. He moved to Brooklyn, New York with friends and formed The National, the Grammy-winning band known for a series of critically acclaimed albums and unforgettable live shows. Now he’s […] 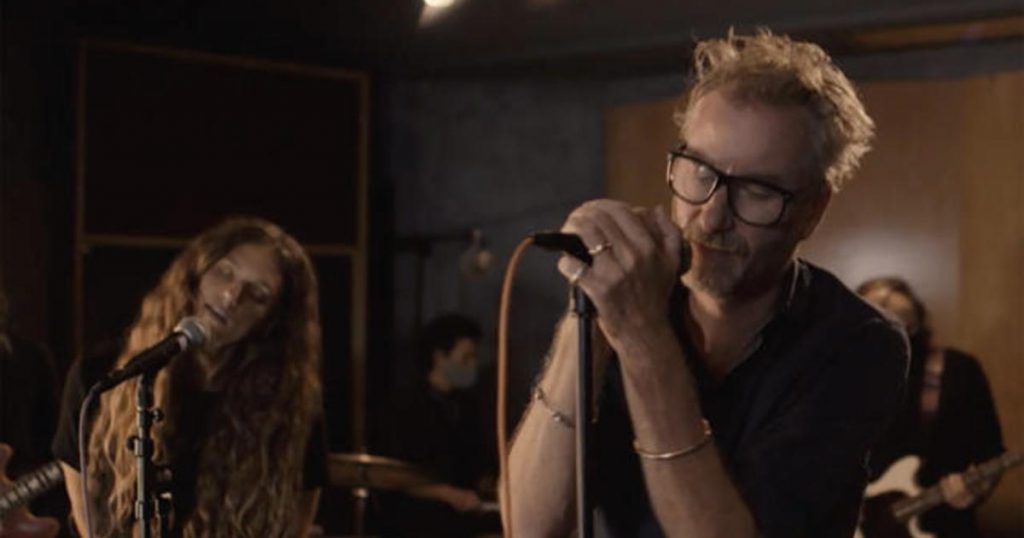