Part of this image, in a life lived in the public eye for decades, is boundless energy — working all the time, operating on little sleep and making it all look easy.

In other words: the picture of health and vitality, described by himself and those around him in superlatives.

But Trump has often tried to obscure the true details of his health, critics say, especially during his run for the presidency and in his first term, an increasingly worrying proposition for a White House mired in mistrust.

When presidential physician Dr. Sean Conley appeared before a national television audience over the weekend and offered scarce and, at times, misleading details about his novel coronavirus infection, he became only the latest participant in Trump’s concerted effort to maintain his image of health.

Conley said Sunday he “was trying to reflect the upbeat attitude” of the president, after his equivocating the previous day was met with heavy criticism. “In doing so, you know, it came off that we were trying to hide something, which wasn’t necessarily true.”

Conley, a naval officer, made clear his public comments about Trump’s condition were guided by the man who was both his patient and, as commander-in-chief, his ultimate boss.

Since then, there have been unanswered questions about Trump’s seemingly improbable rebound from COVID-19, being sent home to the White House despite having experienced drops in oxygen and being on medication generally reserved for patients with more severe forms of the disease.

To those critics who have observed Trump for decades, it all made sense.

No place for ‘weakness’

“That’s why we’re in the horrible place we’re in,” Mary Trump, the president’s niece and an outspoken critic of his administration, said Monday on NPR. “Because he cannot admit to the weakness of being ill or of other people being ill.”

Trump’s effort to conceal what may be unflattering elements of his health is rooted in a longtime attitude that illness is “unacceptable and a display of unforgivable weakness,” said Mary Trump, who is currently locked in a legal battle with the president and other family members over the family fortune.

“I’m 42 years old. I don’t know that I’ve ever seen him sick with the flu or whatever,” he said in the wake of his father’s COVID diagnosis. “He’s a fighter.”

Similarly, every report about Trump’s health in his public life has been largely glowing, including his annual White House physicals, but critics say those assessments don’t mesh with his age, diet and lack of exercise. On the other hand, Trump does not drink and smoke and both of his parents lived long lives.

While presidents concealing illness is nothing new — from Franklin D. Roosevelt’s paralysis to John F. Kennedy’s battles with back pain and other ailments, University of Chicago presidential historian William Howell said Trump has gone above and beyond his predecessors in hiding an illness in plain sight. The nation knows he has COVID, but he’s choosing only to disclose selective details of his condition.

“Historically, there certainly have been cases when the public has been left unaware about health challenges facing presidents,” Howell said. “But we have never had a case quite like the one that confronts us now.”

For its part, the White House told ABC News it remains “fully committed to providing transparent and regular updates on his condition and recovery.”

“As the entire country has confronted this enemy, President Trump has never wavered in his message of strength and optimism to the American people,” said White House spokesperson Judd Deere. “And as he personally defeats the virus, the president is once again reminding the nation that he is a fighter and that if we all fight together we will defeat this plague from China.”

As part of his strategy during the 2016 campaign, Trump sought to boast of his own “strength and stamina” while denigrating his opponents’ vitality as a disqualification for the job.

“I consider my health, stamina and strength one of my greatest assets,” Trump tweeted during the campaign. In a separate message, he claimed Democratic nominee “Hillary Clinton does not have the STRENGTH or STAMINA to be President.”

In 2015, Trump’s longtime personal physician, Dr. Harold Bornstein, issued a statement praising his health with superlatives, saying, “If elected, Mr. Trump, I can state unequivocally, will be the healthiest individual ever elected to the presidency.”

At the time, the letter raised eyebrows not only for its improbable reflection of the then-70-year-old’s health, but also because it included terms similar to those used by the president himself, including “astonishingly excellent.”

Bornstein reported that Trump had “no significant medical problems” over the past 39 years, had not suffered from cancer, no surgeries except a childhood appendectomy and excellent cardiovascular health and blood pressure.

But in May 2018, years after the letter’s release and well after the president was sworn into office, Bornstein told CNN that Trump “dictated that whole letter, I didn’t write that letter.”

“[Trump] dictated the letter and I would tell him what he couldn’t put in there,” Bornstein explained.

Health in the White House

Once in the White House, Trump’s preference to keep a tight hold on his health information appeared to permeate the medical professionals assigned to the West Wing.

In January 2018, then-White House physician Dr. Ronny Jackson said Trump’s “overall health is excellent.” The president’s biometrics indicated he was just shy of obesity, but Jackson said that Trump’s exercise stress echocardiogram was “above average based on age and sex.”

Asked how someone with Trump’s affinity for fast food and no known exercise routine could achieve such relatively strong physical results, Jackson said there was no definite answer.

“It is called genetics. I don’t know,” Jackson said. “Some people have just great genes. I told the president that if he had a healthier diet over the last 20 years, he might live to be 200 years old. I don’t know.”

Within days, however, outside experts disputed Jackson’s rosy analysis, claiming Trump’s biometrics reflected potentially serious heart concerns. Then-White House press secretary Sarah Huckabee Sanders defended Jackson’s analysis in The New York Times, arguing that “he is the only doctor that has weighed in on this matter that has actually examined the president … [and] the only credible source when it comes to diagnosing any health concerns.”

A year later, the White House released another physical that formally categorized Trump as obese, but noted he had improved his cholesterol levels.

But, in November 2019, the president made an unannounced visit to Walter Reed Medical Center, a trip that remains shrouded in mystery.

Conley, who took over as the president’s personal physician, later described it as “a routine checkup” to complete “portions” of his annual physical exam. But the seemingly unplanned trip stood in stark contrast to his 2018 and 2019 physicals, which were both announced ahead of time. The White House did not explain why the visit had not been disclosed in advance or specify which tests Trump received.

Reports from the time indicated that traditional protocols — like alerting Walter Reed staff and closing down streets for the presidential motorcade – were not followed, further suggesting it was an impromptu visit.

The president’s 2020 medical record release was largely overshadowed by his controversial prophylactic use of hydroxychloroquine, a drug he repeatedly promoted as a cure for the coronavirus without solid evidence. Conley wrote that Trump’s biometric figures largely remained steady from the previous year.

Fast forward to last week. The president’s coronavirus diagnosis has reshaped the upcoming presidential election and renewed criticism of Trump for downplaying the disease. In announcing his departure from the hospital, Trump told Americans, “Don’t be afraid of COVID. Don’t let it dominate your life.”

Trump’s weekend stint in Walter Reed Medical Center was punctuated by a series of press briefings in which Conley, his primary physician, seemed to withhold information that might have suggested a more dire prognosis.

On Saturday, Conley said he and his staff were “extremely happy with the progress the president has made,” and described his symptoms as mild. But after the briefing concluded, White House chief of staff Mark Meadows offered a seemingly more dire assessment, calling the president’s vitals on Friday “concerning.”

Conley attempted to clean up the diverging takes on Sunday, telling reporters that Meadows’ comments had been “misconstrued,” but acknowledged he was “trying to reflect the upbeat attitude of the team and the president.”

When Trump caught wind of Meadows’ comments — which had initially been given to reporters without attribution — the president was reportedly furious, desperately calling aides to find out who had said it.

As part of an effort to project his vitality, the White House on Saturday released images showing the president seated at a desk, pen in hand.

But a closer examination of the images showed the president signing what appeared to be a blank sheet of paper — and the two photos, with different backdrops, were taken only 10 minutes apart, according to the image metadata.

Trump’s tendency to paper over medical concerns during his years as a business celebrity in New York City has taken on a new and more troubling complexion now that he’s president, national security experts said.

Dr. Ali Nouri, president of the Federation of American Scientists and former national security adviser to former Democratic Sen. Al Franken, said uncertainty about any president’s health “is of course a very serious challenge to our national security.”

“Whenever there are doubts, whenever there’s a lack of transparency or an information vacuum, that is the most fertile ground for disinformation campaigns meant to sow conflict in our political system,” Nouri said.

And if the president’s treatment plan — specifically the steroid dexamethasone, which is shown to have psychiatric side effects — impairs his ability to think clearly, Nouri added, that is “not the situation you want to be in when you have to make important decisions for the country.”

On Monday night, the president returned to the White House. Ascending the South Portico steps, Trump removed his mask, saluted and walked back through its doors. 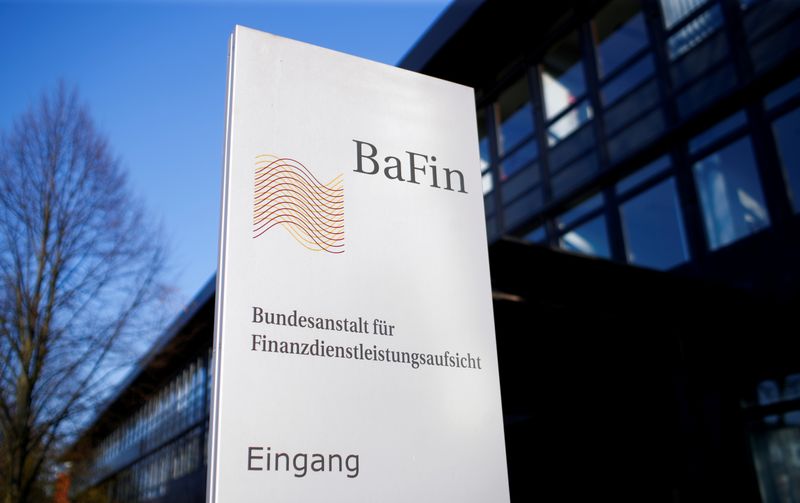