U.S. President Donald Trump shouts to someone in the Oval Office behind him as he departs for travel to Missouri from the White House in Washington, U.S. November 29, 2017. REUTERS/Jonathan Ernst

By Makini Brice and Andrew Osborn

WASHINGTON/MOSCOW (Reuters) – U.S. President Donald Trump dismissed a Chinese diplomatic effort to rein in North Korea’s weapons program as a failure on Thursday, while Secretary of State Rex Tillerson said Beijing should do more to limit oil supplies to Pyongyang.

In a tweet, Trump delivered another insulting barb against North Korean leader Kim Jong Un, who he called “Little Rocket Man” and a “sick puppy” after North Korea test fired its most advanced missile to date on Wednesday.

“The Chinese envoy, who just returned from North Korea, seems to have had no impact on Little Rocket Man,” Trump said on Twitter, a day after speaking with Chinese President Chinese President Xi Jinping and reiterating his call for Beijing to use its leverage against North Korea.

Separately on Thursday, Tillerson welcomed Chinese efforts on North Korea, but said Beijing could do more to limit its oil exports to the country.

“The Chinese are doing a lot. We do think they could do more with the oil. We’re really asking them to please restrain more of the oil, not cut it off completely,” Tillerson said at the State Department. China is North Korea’s neighbor and its sole major trading partner.

While Trump has been bellicose at times in rhetoric towards North Korea, Tillerson has persistently held out hopes for a return to dialogue if North Korea shows it is willing to give up its nuclear weapons program.

However, Tillerson may not remain in his job long, with disagreements with Trump over North Korea being one factor. On Thursday, senior Trump administration official said the White House had developed a plan to replace Tillerson with Mike Pompeo, the director of the Central Intelligence Agency.

In spite of Trump’s rhetoric and warnings that all options, including military ones, are on the table in dealing with North Korea, his administration has stressed it favors a diplomatic solution to the crisis, which stems from Pyongyang’s pursuit of a nuclear-tipped missile capable of hitting the United States.

Tensions have flared anew after North Korea said it had successfully tested a new intercontinental ballistic missile on Wednesday in a “breakthrough” that put the U.S. mainland within range of its nuclear weapons.

Trump has pledged more sanctions in response to the latest test and at an emergency U.N. Security Council meeting late Wednesday, the United States warned North Korea’s leadership would be “utterly destroyed” if war were to break out.

Lavrov pointed to joint U.S.-South Korean military exercises planned for December and accused the United States of trying to provoke Kim into “flying off the handle” over his missile program to hand Washington a pretext to destroy his country.

In a call with Trump on Thursday, South Korean President Moon Jae-in said the missile launched this week was North Korea’s most advanced so far, but it was unclear whether Pyongyang had the technology to miniaturize a nuclear warhead and it still needed to prove other things, such as its re-entry technology.

North Korea has tested dozens of ballistic missiles under Kim’s leadership and conducted its sixth and largest nuclear bomb test in September.

It has said its weapons programs are a necessary defense against U.S. plans to invade. The United States, which has 28,500 troops in South Korea as a legacy of the 1950-53 Korean War, denies any such intention.

Previous U.S. administrations have failed to stop North Korea from developing nuclear weapons and a sophisticated missile program. Trump, who has previously said the United States would “totally destroy” North Korea if necessary to protect itself and its allies from the nuclear threat, has also struggled to contain Pyongyang since taking office in January.

U.S. ambassador Nikki Haley told the U.N. Security Council meeting on Wednesday that Washington has asked China to cut off oil supply to North Korea, a drastic step that Beijing has so far refrained from taking.

China earlier this month praised the friendship between it and North Korea after its special envoy visited Pyongyang.

Moscow also sells oil products to North Korea and thousands of North Koreans work in Russia, sending remittances back to the authorities in Pyongyang.

In his remarks on Thursday, Lavrov said Haley’s call for the world to isolate North Korea was wrong. “We have already said many times that sanctions pressure has exhausted itself,” he said. 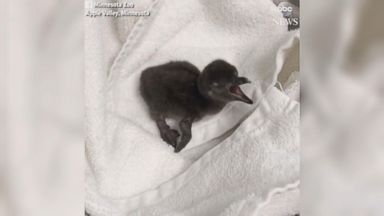