WASHINGTON – President Donald Trump’s campaign manager said Wednesday that Trump plans to request a formal recount in Wisconsin, where Democratic nominee Joe Biden holds a slim lead after nearly all the votes have been counted.

“Wisconsin has been a razor thin race as we always knew that it would be,” Bill Stepien said in a statement.

“There have been reports of irregularities in several Wisconsin counties which raise serious doubts about the validity of the results,” said Stepien, without citing evidence. “The president is well within the threshold to request a recount and we will immediately do so.”

A top election official in Wisconsin confirmed Wednesday that nearly all the votes in the state have been counted in the presidential election.

While NBC News has not independently called the race, the network’s vote tally has Biden leading Trump by more than 20,000 votes, with an estimated 99% of the vote in.

“All of the ballots have indeed been counted,” Meagan Wolfe, the administrator of the Wisconsin Elections Commission, told NBC’s Today. “We’re not seeing that there’s any counties that haven’t posted their results on their websites,” Wolfe added.

Wolfe later clarified that there was one town still outstanding, with around 300 votes. An estimated total of 3.3 million votes have been cast in Wisconsin, according to NBC News.

Biden is currently winning 49.4% of these votes, while Trump is winning 48.9%, according to NBC News’ latest tally.

The state, which Trump carried in 2016, is considered a must-win for both candidates, neither of whom won 270 Electoral College votes outright on Tuesday.

The two campaigns are now locked in a post-election day battle to win key battleground states that have yet to count all their ballots.

This story has been updated to include statements from the Trump campaign and updated information from the Wisconsin Elections Commission.

Wed Nov 4 , 2020
Joe Biden is expected to speak Wednesday, as the presidential race remained too close to call. All eyes are on a handful of battleground states where Biden appears to be making gains against President Trump. Arizona, Nevada, Georgia, North Carolina, Wisconsin, Michigan and Pennsylvania have not yet been called. CBS […] 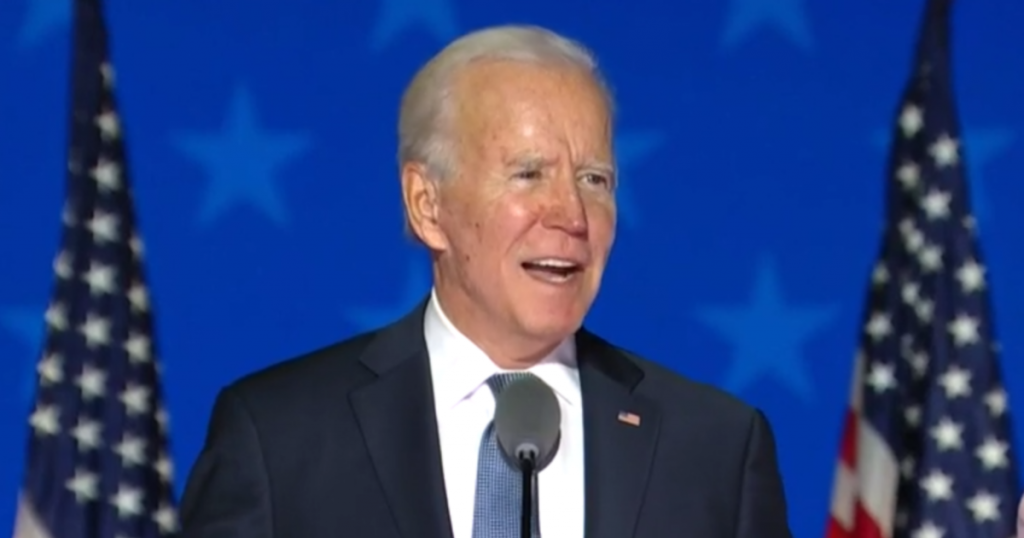