President Donald Trump’s campaign on Thursday is expected to announce a plan to file a lawsuit related to the presidential election in Nevada.

The president’s campaign already has filed suits in Michigan, Pennsylvania and Georgia related to ballot counting. Democrat Joe Biden is just 17 Electoral College votes shy of clinching a win for the White House, according to NBC News projections.

The Trump campaign scheduled a press briefing for Thursday in Nevada on an unidentified subject. NBC News reported that two sources said it would be about plans to file an election lawsuit there, but did not detail the legal basis for that action.

Grenell tweeted Thursday morning: “Recklessly throwing ballots in the mail means illegal votes come back. Non-residents and dead people have voted. Democrats planned this. It’s an attack on our Democracy. We must only count LEGAL votes.”

Laxalt during an interview Wednesday on Fox News’ “Tucker Carlson Tonight,” claimed that, “There is no question that Donald Trump would have won Nevada last night convincingly if we did not move to mail-in ballots.”

Trump on Thursday morning tweeted a link to a Breitbart.com article detailing Laxalt’s comments to Carlson.

The Trump campaign did not immediately respond to a CNBC request for comment.

Michigan and Wisconsin were called for Biden on Wednesday by NBC News. The Trump campaign has requested a recount in Wisconsin.

Biden is gaining votes on Trump in counts in Georgia and Pennsylvania, two other battleground states that have yet to be called. Biden is also ahead in Arizona, which has 11 Electoral College votes.

Thu Nov 5 , 2020
As the nation’s political drama continues to play out, the U.S. job market is showing signs of slowing down. The number of Americans applying for initial unemployment benefits last week ticked down to 751,000, the Labor Department said Thursday, a slight decline from 758,000 applications the previous week. Another 363,000 […] 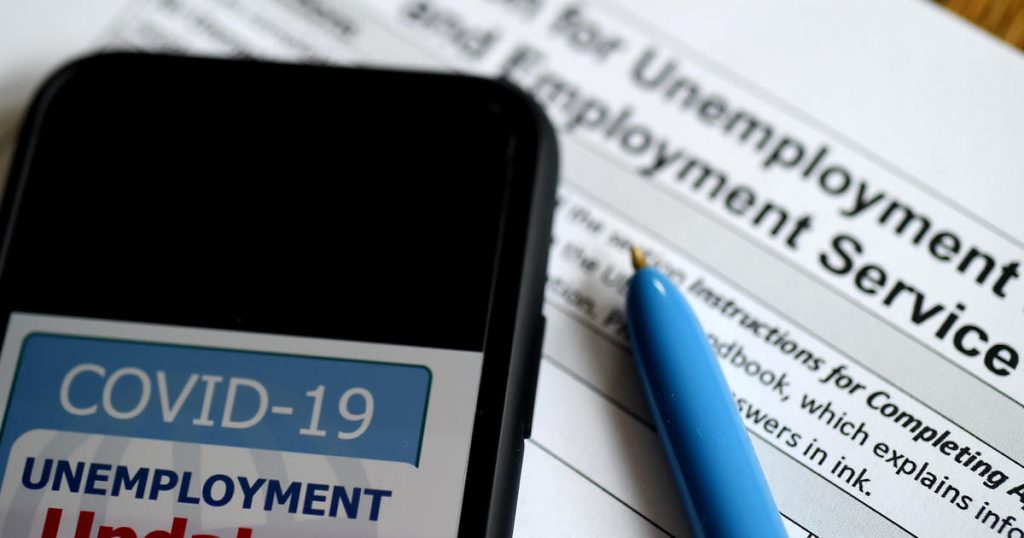